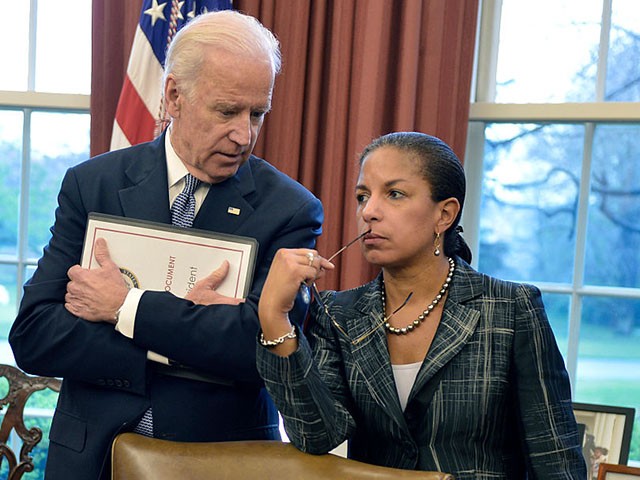 Sinema has also signaled opposition to Biden’s big tax hike and spending bill, prompting the White House to try and find some kind of measure they will support.

Rice and the White House team left the meetings late Thursday night with no deal.

“A great deal of progress has been made this week, and we are closer to an agreement than ever,” she wrote in a statement. “But we are not there yet, and so, we will need some additional time to finish the work, starting tomorrow morning first thing.” 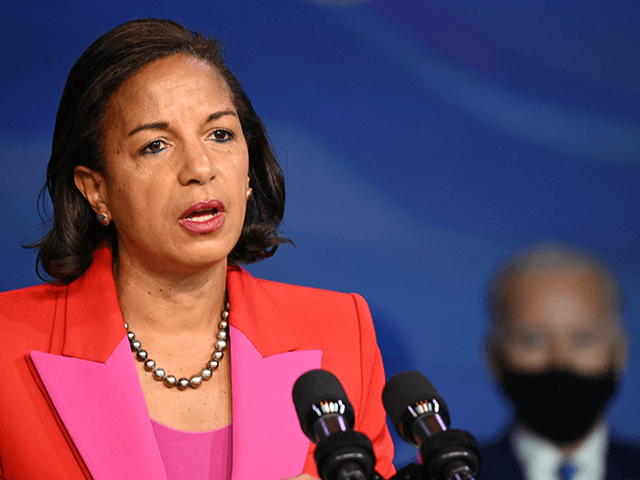 Susan Rice speaks on December 11, 2020, after being nominated to be Director of the White House Domestic Policy Council by U.S. President-elect Joe Biden (R), in Wilmington, Delaware. (JIM WATSON/AFP via Getty Images)

House leftists insist they will not vote to pass Biden’s $1.5 trillion infrastructure bill until they get the $3.5 social entitlement spending bill as well.

The White House is now working directly with Sinema and Manchin to find some kind of massive domestic tax and spending package they will support to satisfy leftists in the House.

Manchin drew a line with House leftists on Thursday, who continue holding the infrastructure bill hostage.

“I don’t fault anyone who believes that they’re much more progressive and much more liberal. God bless them!” he said, after making the case he had “never been a liberal. “I guess for them to get theirs, elect more liberals.”