Connecticut Gov. Ned Lamont (D) held a press conference Thursday during which he referred to his state employees who might seek a religious exemption from the coronavirus vaccine mandate as “Mother Teresas.”

When asked at the state Capitol in Hartford about the standards to be used for state employees to qualify for a religious exemption from the vaccine mandate, Lamont replied:

Let’s see if people try and exploit it or are these really deeply held faith reasons they put forward … First of all, it would be the numbers. Is this something that is being exploited or is this a very small group of Mother Teresas who come forward and feel deeply? I really want people vaccinated.

“Mother Teresa dedicated her life to service,” Kelly continued. “She is an international role model of faith, humility, and charity. She is recognized as a saint in the Roman Catholic Church. Her life must be emulated, not denigrated as a joke or used as a veiled sarcastic insult.” 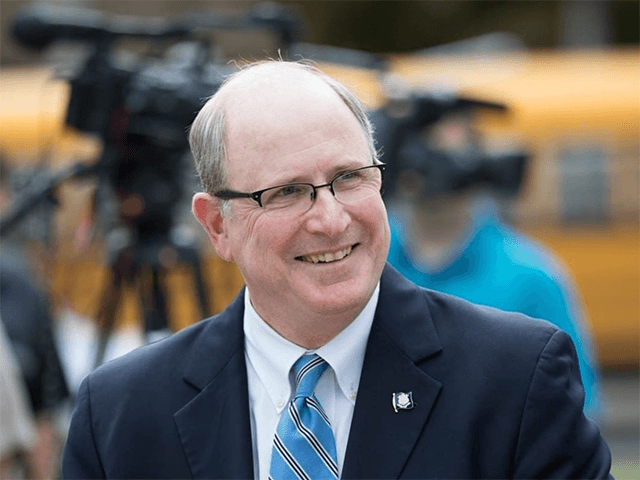 Religious freedom is a core value of our nation. Government has no business judging someone’s religious beliefs, let alone joking or laughing at them. As the leader of our state, I expect much more from the governor when it comes to respecting people’s religion and faith.

The Courant reported Lamont’s chief spokesman, Max Reiss, dismissed Kelly’s comments, saying, “His comments are false, and he is once again trying to politicize an issue of public health.”

Breitbart News reached out to the governor’s office for comment but did not receive an immediate response.

Chris Healy, executive director of the Connecticut Catholic Conference, also said, “It is sad and unfortunate and very disappointing that the governor chose to make Mother Teresa, who is really Saint Teresa to correct that, as some kind of eccentric character to demean people of legitimate faith.”

Yes, the church and church leaders do support vaccines, and we have done that, but we also respect people’s right to conscience. Saint Teresa gave her entire life to helping the poor and the sick, and that is why she is a venerated model for goodness — not just in the Catholic Church but to people around the world. To chuckle over using her name like that was really insensitive to many of the 1.3 million Catholics in this state and other people of faith.

Lamont’s remarks came days after the Connecticut legislature voted to extend the governor’s emergency powers, through February 15, for the sixth time during the Chinese coronavirus pandemic, though Lamont himself had already acknowledged the state’s favorable standing with regard to the spread of the virus.

“It all needs to end,” Sen. Rob Sampson (R) said, according to the Associated Press (AP). “No one can deny that there’s no public health emergency and that individual, local and legislative powers must be restored.”

Over the past two weeks, the rolling average number of daily new cases has declined by 251 in Connecticut, a decrease of 34.1%, according to researchers at Johns Hopkins. Senate Majority Leader Bob Duff, D-Norwalk, credited Connecticut’s mask mandate, for example, for fewer pediatric hospitalizations and school closures.

But Senate President Pro Tempore Martin Looney (D) dismissed the state’s encouraging data, noting instead Connecticut’s COVID positivity rate and number of hospitalizations have increased since July due to the delta variant.

“It’s self-evident the pandemic is still with us, no matter how much wishful thinking the Republicans may engage in by saying that it is not,” Looney said. “Clearly we need to have the governor have these emergency powers when necessary to go forward.”