Sen. Marco Rubio (R-FL) called for President Joe Biden to fire U.S. climate envoy John Kerry on Friday in an op-ed after reports emerged he has a stake in a Chinese company that funnels money into a business blacklisted for its abuses against Uyghur Muslims.

Rubio said in his op-ed that firing Kerry should not be a partisan issue over the reports claiming he and his wife have more than $1 million invested with a Hillhouse China Value Fund L.P. This Chinese investment group funnels money to one of its “top shareholders,” a Chinese technology company, YITU Technology, that was blacklisted in 2019 by the Trump administration for being “complicit in the surveillance, detention, and repression of Uyghurs and others,” meaning that the envoy “appears to be profiting from slave labor.” 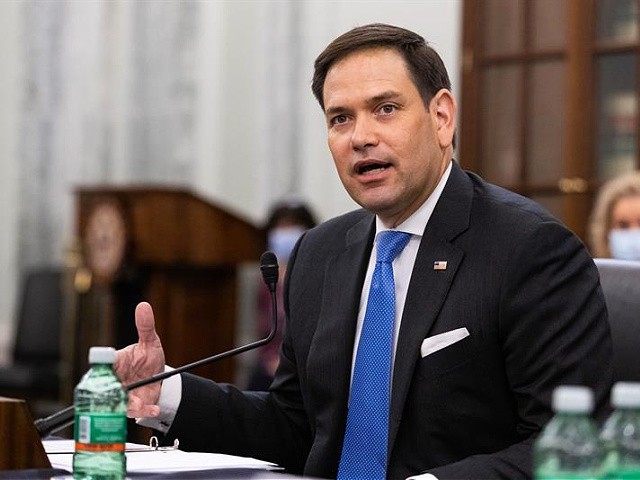 “It should be an easy choice, but the Biden administration and some Democrats are so desperate for a climate deal with the Chinese Communist Party that they are willing to ignore the regime’s use of slave labor,” Rubio said, acknowledging that Democrats are so fixated on having a deal with communist China on climate that they are prepared to ignore Kerry profiting on slave labor.

Rubio also indicated Biden’s “playbook” is the same as the majority of corporations who supported his campaign to get him elected as president. He pointed to “nationless corporations” such as Nike, Apple, and Amazon who gave the most to Biden and all “benefit from slave labor or sourcing from suppliers that do.”

“Biden needs to decide where he stands and who he is fighting for. Right now, his silence is deafening, and it is giving cover to the Marxists in both America and in China. Meanwhile, American workers and families continue to suffer,” Rubio also noted.