As of October 19, 2021, Portland, Oregon, has surpassed the record number of homicides for a given year with 67 homicides year-to-date.

The Associated Press notes that there have been “about 1,000 shootings” in Portland and “firearms have accounted for three-quarters of homicides.”

While many of the shootings can allegedly be traced to “gangs, fights and retaliation killings,” the violence is so widespread that innocent bystanders are endangered.

For example, 34-year-old Jacob Eli Knight Vasquez was struck by a stray bullet and killed in late September while sitting in a popular pizza bar.

Turner told NBC Nightly News that defunding the police had played a role in the conditions: 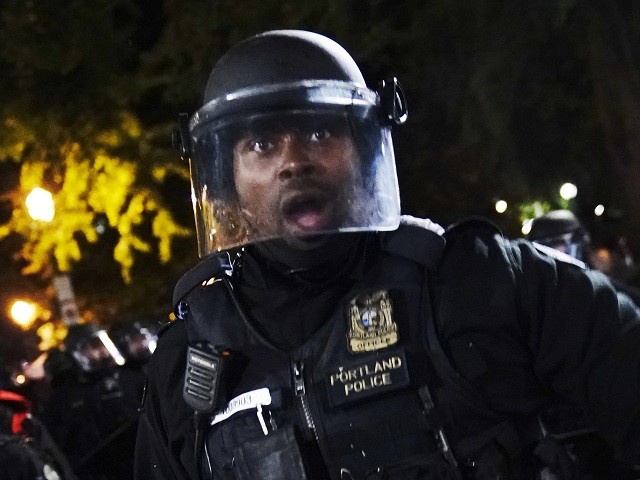 A Portland police officer pushes back protesters, September 26, 2020, in Portland. The protests, which began over the killing of George Floyd, often result in frequent clashes between protesters and law enforcement. (AP Photo/John Locher)

Democrats at the federal level have spent years pushing universal background checks and a red flag law as a way to make America safer.