Transportation Secretary Pete Buttigieg’s (D) favorability is underwater as just over a third of voters view him favorably, while the majority say he should get back to work or resign after taking two months off for paternity leave amid the United State’s supply chain crisis, a Rasmussen Reports survey released Tuesday revealed.

Last week, it was revealed that Buttigieg had been on paid paternity leave since mid-August as the country’s supply chain woes worsened. The White House deemed him a “role model” for doing so, and on Tuesday, White House press secretary Jen Psaki defended the official for remaining on paternity leave even as U.S. cargo ships remain backed up on the U.S. coast.

“There are a range of officials leading different components of the department of transpiration including the chief of staff, the deputy secretary of transportation, a range of officials who keep that place humming, functioning every day,” Psaki said, adding that she was “on a conference call” with Buttigieg that morning. However, it seems he is still not physically at work. 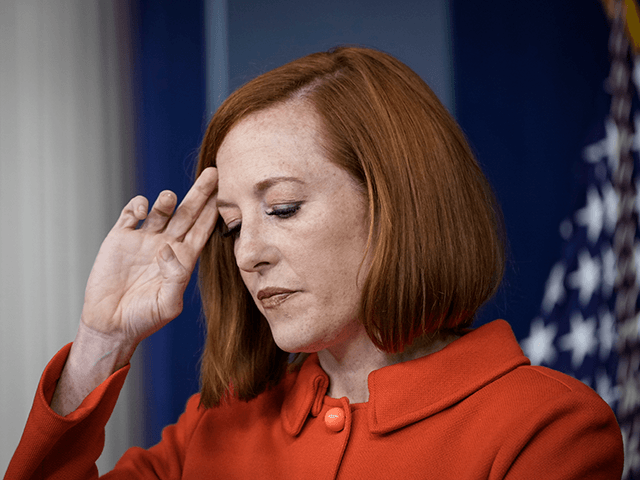 Do you agree or disagree with this statement: ‘We’re in the middle of a transportation crisis, and Pete Buttigieg is sitting at home. Meanwhile, cargo boats are unable to dock and shelves are sitting empty. Pete needs to either get back to work or leave the Department of Transportation. It’s time to put American families first’?”

The survey shows that voters remain divided on whether Buttigieg should have taken 2 months of paid maternity leave, as 48 percent disagree and 47 percent agree. However, as the poll suggests, the larger issue is Buttigieg leaving his position as the supply chain crisis continues to mount. 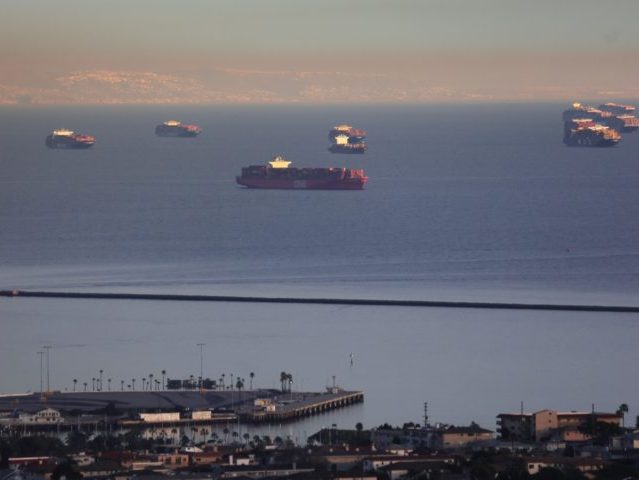 Container ships and tankers are anchored close to the ports of Los Angeles and Long Beach on February 1, 2021, in San Pedro, California. (Mario Tama/Getty Images)

Overall, 37 percent have a favorable view of the official, compared to 49 percent who view him unfavorably: