The past few months have been particularly difficult for the members of our military. The disastrous withdrawal in August of U.S. forces from Afghanistan was a devastating blow to the men and women in uniform who fought so valiantly to keep the Taliban from controlling the nation. President Biden’s rejection of the advice from his military advisors led to the collapse of the country and all the progress our military has made over twenty years. To add to this debacle, our military family had to endure the loss of thirteen service members who were killed while trying to evacuate people during the chaos.

As if this was not demoralizing enough, ten days later U.S. Defense Secretary Lloyd Austin issued a department-wide memo mandating the COVID-19 vaccine for all members of the military. This sweeping mandate is rather aggressive considering covid mortality rates in the military are a minuscule 0.02 percent. As we have learned, healthy young adults like our soldiers are not primary candidates to die from covid, and the data supports this. Although the vaccine should be encouraged, a mandate of this magnitude may very well do more harm than good. 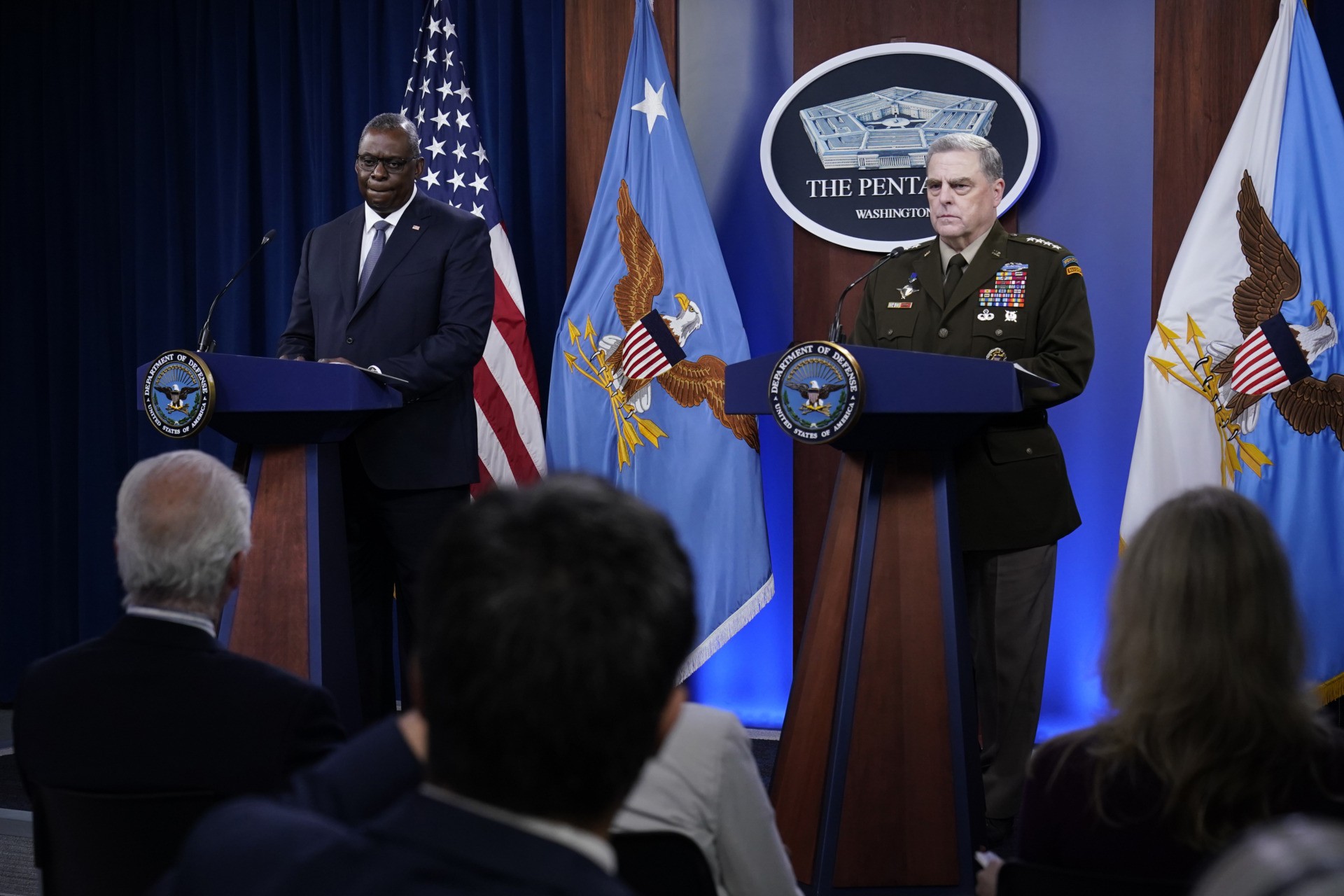 Secretary of Defense Lloyd Austin, left, and Joint Chiefs of Staff Gen. Mark Milley, right, during a briefing at the Pentagon on September 1, 2021, about the end of the war in Afghanistan. (AP Photo/Susan Walsh)

The Biden administration’s mandate culture takes no prisoners, and unfortunately the benefits of this vaccine mandate do not outweigh the costs. Much like concerns in the health care field and other areas of business, this mandate threatens to levy a serious blow to troop strength and morale. I have been contacted by several members of the military — both the voluntarily vaccinated and unvaccinated — expressing grave concern over this mandate. These concerns span from a deep personal opposition to the vaccine to a worry that we will lose valuable personnel because of this mandate. Even the vaccinated oppose this mandate because of what it may mean for the health and wellbeing of the military.

Unfortunately, when met with these concerns, the Biden administration has doubled down by looking to shame and punish those who refuse to get the vaccine. My colleagues and I had to put language in the National Defense Authorization Act (NDAA) that would prohibit the DoD from issuing a dishonorable discharge for those who refuse the shot. Not only do we stand the risk of losing service members in the military, but the administration is using this mandate to punish our soldiers who share a different view than the government.

The administration is so steadfast on dishonorably removing our soldiers that the president has threatened to oppose the final NDAA if this language protecting the integrity of the troops remains in the bill. While dealing a serious blow to the morale of our military, this action also raises the question of intent. I have spoken with a number of military members who believe this is an effort by the DoD to weed out those who disagree politically with the administration. Removing those who do not support a sweeping government mandate would certainly aid in ridding the military of those viewed as dissenters or non-conformists. If this is so, it is a chilling example of an Orwellian style of government overreach and control. 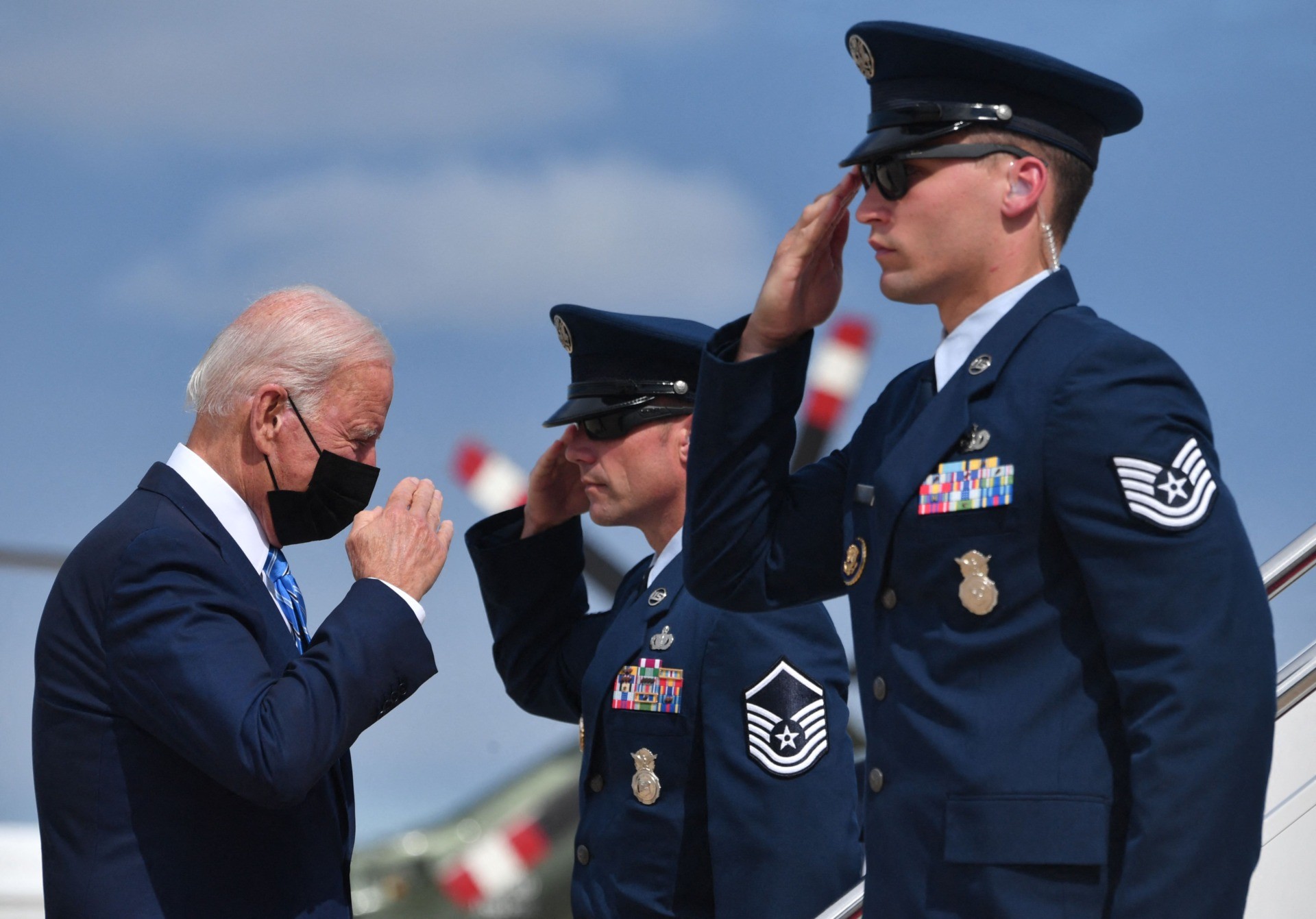 President Joe Biden salutes before boarding Air Force One on October 7, 2021, to travel a speech in Chicago to speak about the importance of Covid-19 vaccine requirements. (Nicholas Kamm/AFP via Getty Images)

I am vaccinated and understand the importance of promoting the vaccine. However, encouraging it and mandating it are two different things. The DoD needs to look at ways to compromise with our military. One way is to further consider the existence of antibodies from previous COVID infection as an acceptable alternative to the vaccine. The health and risk factors of an individual should further be looked at before mandating a sweeping vaccine that some individuals have deep personal concern about. Religious and medical exemptions should be granted without undue scrutiny. Most of our soldiers are not prime candidates for the virus, and this should be considered.

We ask a lot of our men and women in uniform, and this is not the time or the place for a government to make those who serve undergo a medical procedure or forego service to our nation. Forced vaccinations in employment policy violate individual liberties for the private sector and, certainly, violate individual liberties of those who fight to secure them. As Americans, freedom and liberty should always reign.