President Biden’s federal vaccine mandate will only worsen existing problems in the supply chain as employees will be faced with losing their job or succumbing to the administrations’ coercive mandates, Republican senators and industry leaders warned on Thursday during a press conference on Sen. Marsha Blackburn’s (R-TN) legislation Keeping Our COVID-19 Heroes Employed Act.

Blackburn held a press conference Thursday with her colleagues Sens. Roger Marshall (R-KS) and Mike Braun (R-IN), as well as key industry leaders, discussing her legislation and the impact the Biden mandates will have on workers and the country as a whole.

The legislation would specifically exempt workers who were deemed “essential” during the coronavirus pandemic from Biden’s federal mandate.

Essential workers, she explained, were largely deemed in local communities to be healthcare workers, truckers, first responders, construction workers, and grocery store personnel. So ultimately, she said it would play out in different ways across the country, but the point is, she emphasized, to protect those who served and adapted during the pandemic.

Sen. Marshall, who said those workers are now getting “slapped in the face,” said he has been told that 20-50 percent of blue collar workers have made the decision not to get the vaccine and asked what effect the mandate will ultimately have on the trucking industry. 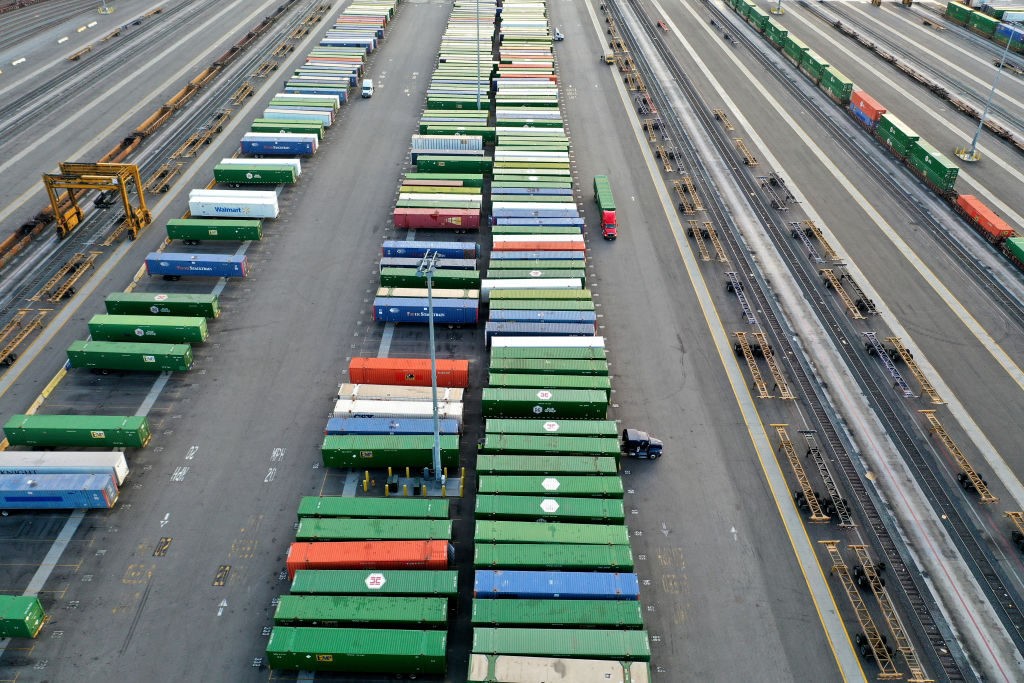 Shipping containers sit on truck transport chassis in a rail yard on October 22, 2021 in Los Angeles, California. Strong consumer demand, coupled with an altered workforce caused by the global pandemic, has contributed to supply chain issues and random shortages of items such as clothing, cars, and toys around the country. (Mario Tama/Getty Images)

Todd Spencer, President of the Owner–Operator Independent Drivers Association, said a lot of truckers will just retire at the point because they have lived through a lot and want it to be their choice.

“Trucking is a heavily regulated industry and most all those regulations target drivers and at some point people say I’ve had enough,” he said.

David Owen, President of the National Association of Small Trucking Companies, also spoke during the press conference and made it clear that “everybody is essential when it comes to jobs in the world we’re in today.”

“But it’s particularly so in trucking,” he said, warning that the mandates could worsen existing problems with shortages of basic items. 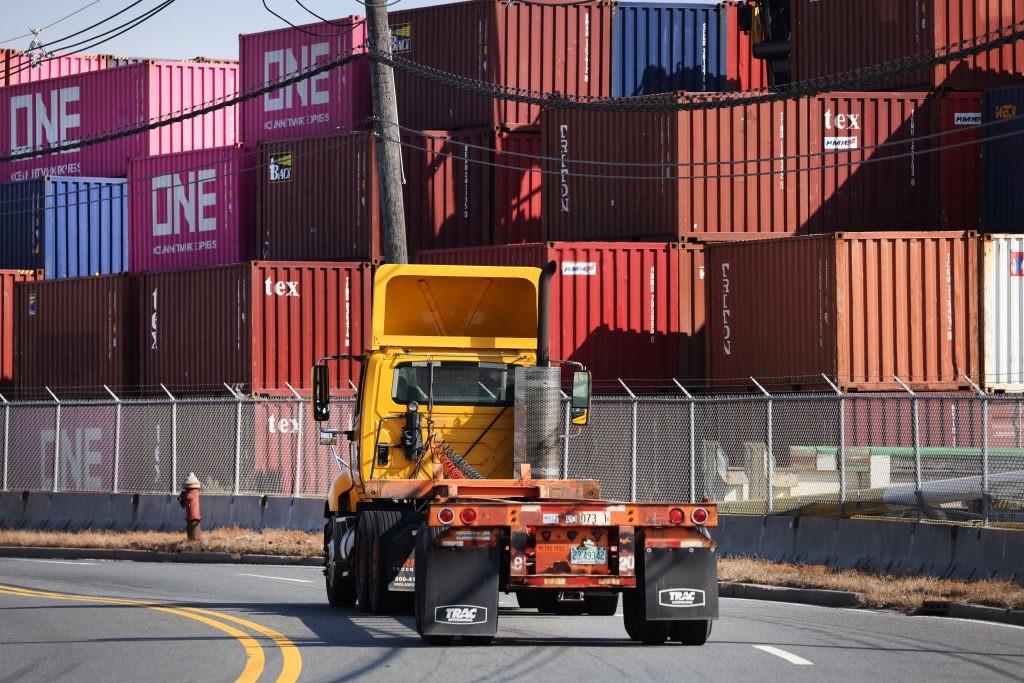 “Fuel prices are going to continue to go sky high. What you’re doing is very, very important and we wholeheartedly support what you’re doing and hope that we can use this as something that gets this draconian, overbearing administration under control,” he added.

Ultimately, Marshall said Kansas had a huge trucker shortage “over a year ago” and it is now “exasperated.”

“And this mandate is going to clog the supply chains worse and drive up inflation,” he warned.