Los Angeles County Sheriff Alex Villanueva has joined the legions of law enforcement officials warning that vaccine mandates will cause a mass exodus among first responders.

In a statement last week, Villanueva said 20 to 30 percent of his workforce will be unable to service the city if the vaccine mandate takes full effect.

“I have repeatedly stated the dangers to public safety when 20%-30% of my workforce is no longer available to provide service, and those dangers are quickly becoming a reality,” Villanueva said. “We are experiencing an increase in unscheduled retirements, worker compensation claims, employees quitting, and a reduction in qualified applicants.”

“As a result, homicide rates will continue to rise, response times will increase, solve rates will diminish, arrests will decline, patrol services will significantly decline, and patrol stations will close,” he added. 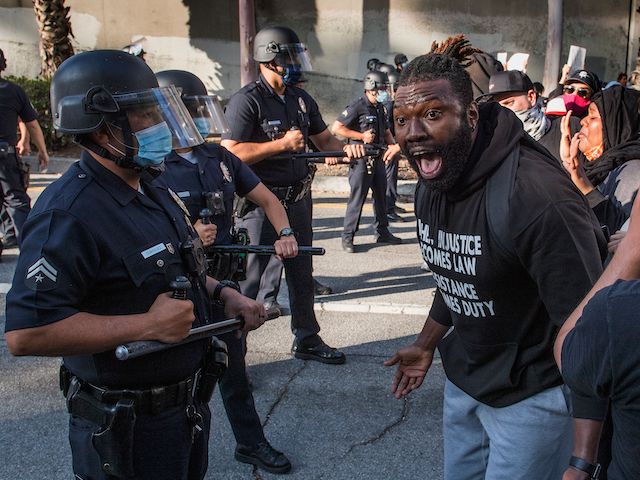 A demonstrator confronts police as he protests the death of George Floyd, in Los Angeles, California on May 29, 2020. (Mark Ralston/AFP via Getty Images)

Villanueva said that the mandate has pushed some officers into early retirement while he said others have finally decided to “get those surgeries they have been putting off for injuries sustained throughout their careers (knees, shoulders, back, etc.).”

Though respecting other people’s choices not to receive it, Villanueva did not knock the coronavirus vaccines, admitting that he received both doses and that the “vaccines work.”

“Personally, I am vaccinated and believe the vaccine works, but the choice to receive the vaccine is a personal one, and an individual who served the community tirelessly before there was a vaccine should not now be fired because they made a decision about their own body,” he concluded. 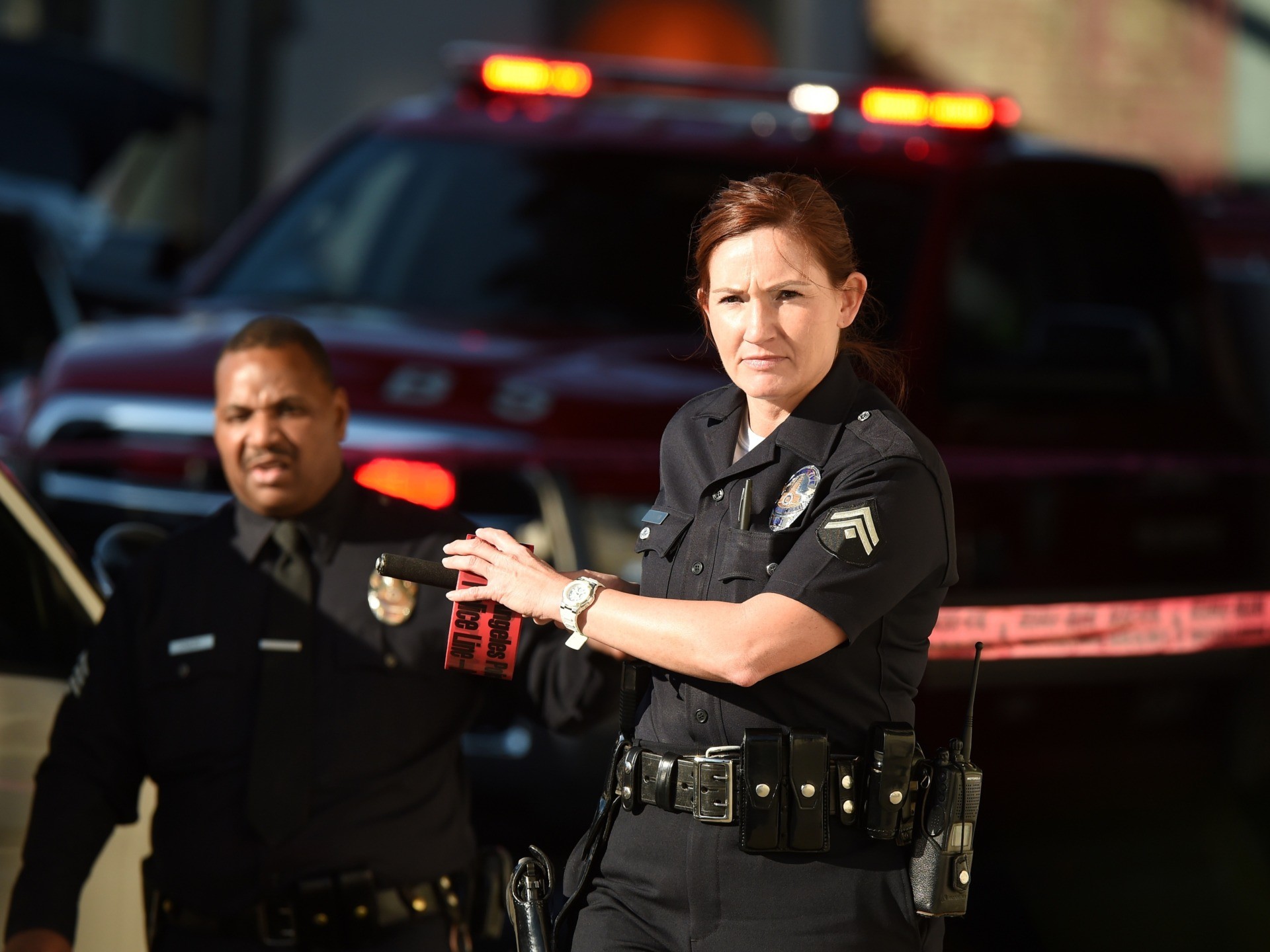 A female police officer uses police tape to cordon off an area outside a Jack in the Box restaurant in Hollywood, California, January 31, 2017, after police shot and killed a knife-wielding suspect inside the restaurant following a series of stabbing in the vicinity. (Photo credit should read ROBYN BECK/AFP via Getty Images)

More than half of the sheriff’s department’s 16,084 employees are fully vaccinated, according to preliminary data collected by the county. Nearly 300 are semi-vaccinated. Another 2,327 employees are not vaccinated, while 1,843 are seeking exemptions.

Of the sheriff’s 9,656 sworn personnel, 3,942 are fully vaccinated, according to county records. There are 188 workers who are semi-vaccinated, while 1,698 are not vaccinated and nearly 1,369 are seeking exemptions.

Of the department’s 6,428 civilian employees, 4,238 are fully vaccinated, according to county data. About 100 are semi-vaccinated and 629 are not vaccinated. Another 474 workers are seeking exemptions.

County employees who have not submitted their vaccination status will soon be asked to comply with the mandate within 45 days or face a five-day suspension, after which they have 30 days to comply before being further disciplined.

“The staffing just is not there; there’s no way to do it,” Ansbro said. “The response times are going to go through the roof. We’re just not going to be able to get to the emergencies in time.”