Congressional Democrats are refusing to accept blame for President Joe Biden’s stalled agenda while Democrat candidate Terry McAuliffe’s campaign has stumbled to the finish line ahead of Tuesday’s election.

Democrats are worried McAuliffe may lose Virginia’s gubernatorial race in a state Biden won by ten points in 2020. The possible negative results for Democrats has the far-left and more temperate members of the party resorting to slippery rhetoric to dodge being seen as “obstructionists.”

“Clearly, showing that we can make progress would have been nice,” Sen. Mark Warner (D-VA) complained to Politico about Biden’s stalled legislative push.

Sen. Tim Kaine (D-VA) also agreed with his fellow commonwealth senator. “I wish they would have, and I’m just being really selfish,” Kaine said. “It would have been helpful in Virginia to have these bills done in mid-October instead of mid-November.”

Sen. Jon Tester (D-MT) blamed the far-left for not passing any legislation that could have helped McAuliffe. “We haven’t gotten anything done. That says enough about their strategy,” he stated about the radical left.

Tester also admitted Sen. Joe Manchin’s (D-WV) Monday press conference, where he attacked the far-left for holding “hostage” the $1.2 trillion “bipartisan” infrastructure bill in the House, was a blunder. “I think Joe made a mistake,” Tester said. 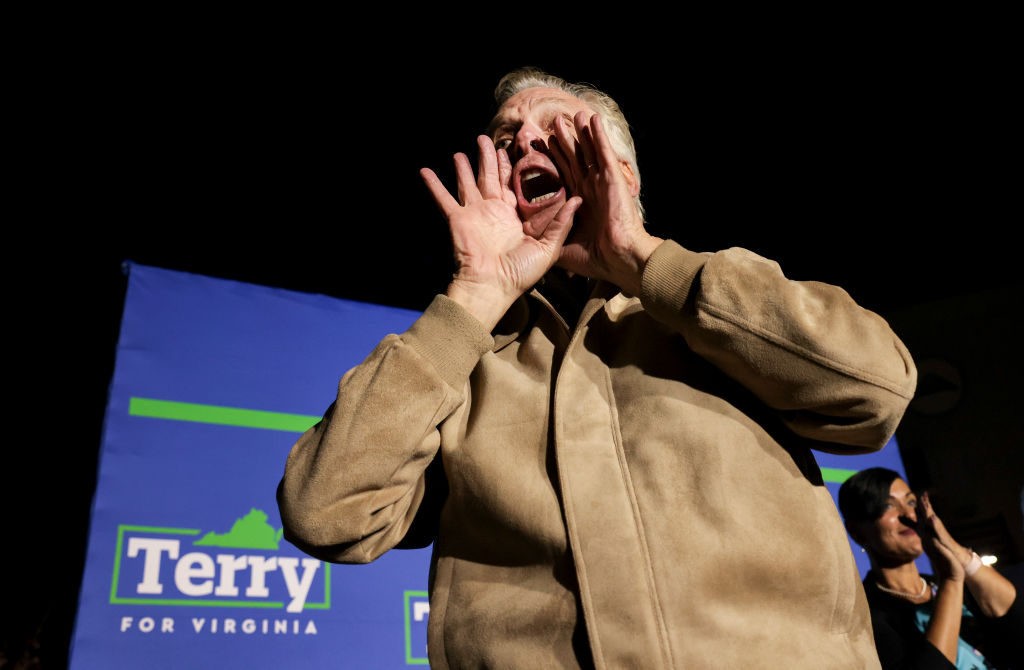 “I’ve watched all the attack ads on Terry McAuliffe and not a single one has talked about the [infrastructure bill] not passing. They’ve all been about other things,” Jayapal told reporters, acknowledging the Virginia race was more about state issues than far-left priorities.

Jayapal is one of many far-left members to have blocked the $1.2 trillion bipartisan vote on Thursday. After Manchin’s comments on Monday, however, she changed her position and now supports passing the infrastructure measure this week.

“A lot has changed since last week. We said last week that we need text. We got text,” Jayapal said Monday.

“I thought we looked terrible, and we need to make good on this,” she reportedly said.

House Budget Chair John Yarmuth (D-KY) reportedly told Pelosi on Monday the party needs to hold a vote on the “bipartisan” bill as soon as possible. “I think we need to move. I think every day we delay plays into Joe Manchin’s theatrics,” he said.

But with the Virginia race closing on Democrats, it may be too late to pass legislation and appear to not be an obstructionist.

“Everything has an impact on everything,” admitted Sen. Bernie Sanders (I-VT) “I think at the end of the day, what happens in Virginia is what the candidate stands for, the nature of the campaign, the degree to which the candidate is resonating with the people.”