The Duchess of Cornwall has reportedly been telling close associates President Joe Biden made his own contribution to global supplies of natural gas when he farted “loudly” in front of her at the Glasgow COP26 climate conference.

Camilla was apparently blown away by the smelly incident and “hasn’t stopped talking about it” since: “It was long and loud and impossible to ignore,” an insider told the Mail on Sunday.

Ironically he has earlier pledged that one of the most important things society faces in the near term is to “reduce our methane emissions as quickly as possible.”

At the diplomatic reception, which was originally supposed to have been hosted by the Queen until she was ordered to rest by doctors, Biden was seen sharing a joke with Prince William, at one stage placing a hand on his shoulder. 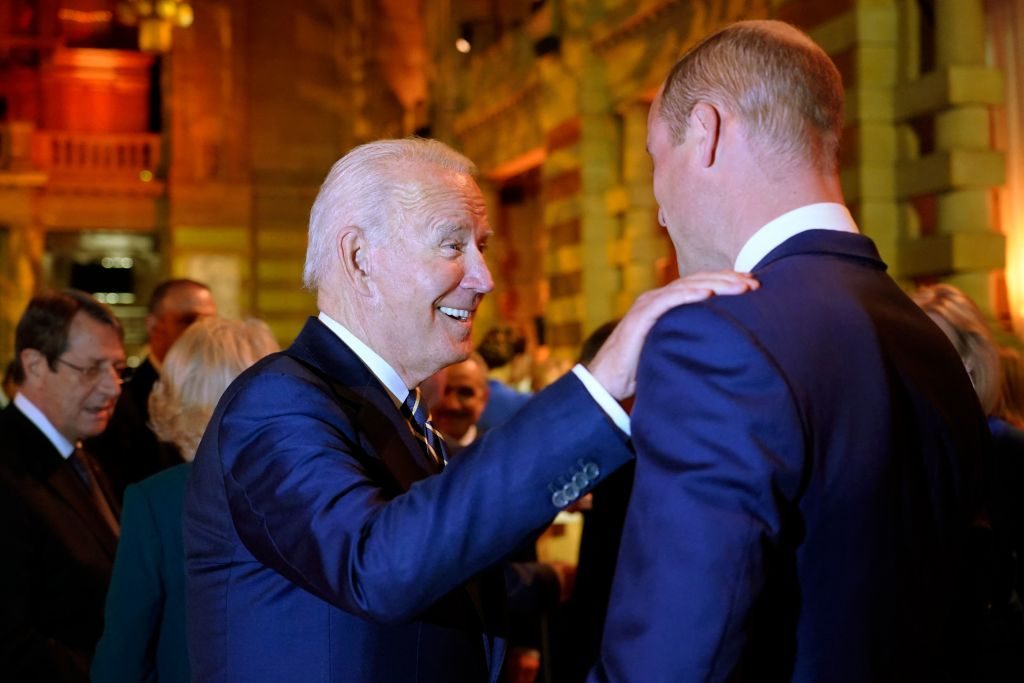 U.S. President Joe Biden (C) greets Britain’s Prince William, Duke of Cambridge (R) at a reception to mark the opening day of COP26 on the sidelines of the COP26 UN Climate Change Conference in Glasgow, Scotland on November 1, 2021.(ALBERTO PEZZALI/POOL/AFP via Getty Images)

The 78-year-old leader was also snapped falling asleep before his untimely release in front of the wife of Prince Charles.

His eyes closed for 30 seconds, and he was woken up by a man in a suit at the conference on Monday afternoon sparking the U.S. leader to quickly uncross his arms and began to clap for the opening speaker, as Breitbart News reported.

This was not the first time the president has been accused of being less than economical with wind.

In May 2020 he was accused of audibly farting during a campaign livestream.

On that occasion Biden was appearing with Pennsylvania Gov. Tom Wolf and as the candidate was speaking, he shifted in his chair, and a strange noise was heard.