Over 160 Republican lawmakers in the House, and all 50 in the Senate, are rallying behind a measure to “disapprove of and nullify” President Biden’s federal vaccine mandate on American workers.

Rep. Fred Keller (R-PA) introduced a Congressional Review Act (CRA) resolution to “disapprove of and nullify” President Biden’s federal vaccine mandate imposed on American businesses and workers via the Occupational Safety and Health Administration (OSHA). Under the OSHA rule, employers with over 100 employees must implement vaccinate requirements or mandate routine testing for unvaccinated workers. The burden of the cost of the latter remains on the worker, as OSHA does not require the employer to pay for testing, amounting to a “work tax.” The rule will affect roughly 80 million Americans. 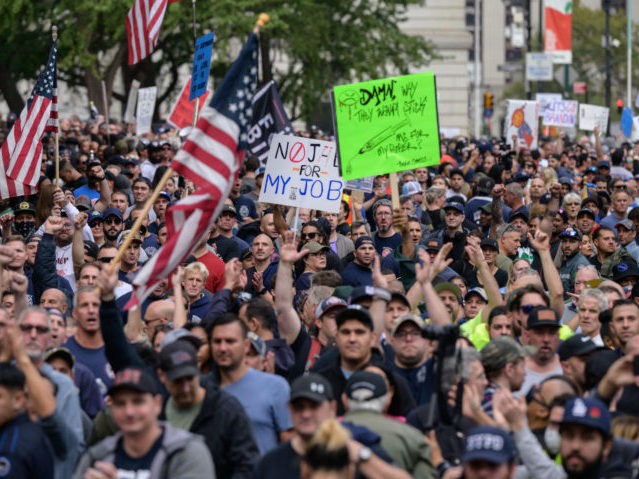 Municipal workers hold placards and shout slogans during a protest against the covid-19 vaccine mandate, in New York on October 25, 2021. (Photo by ED JONES/AFP via Getty Images)

According to press release from Keller’s office, the issue “falls squarely in the jurisdiction of the Workforce Protections Subcommittee on Education and Labor, of which Congressman Keller is the Republican Leader.” 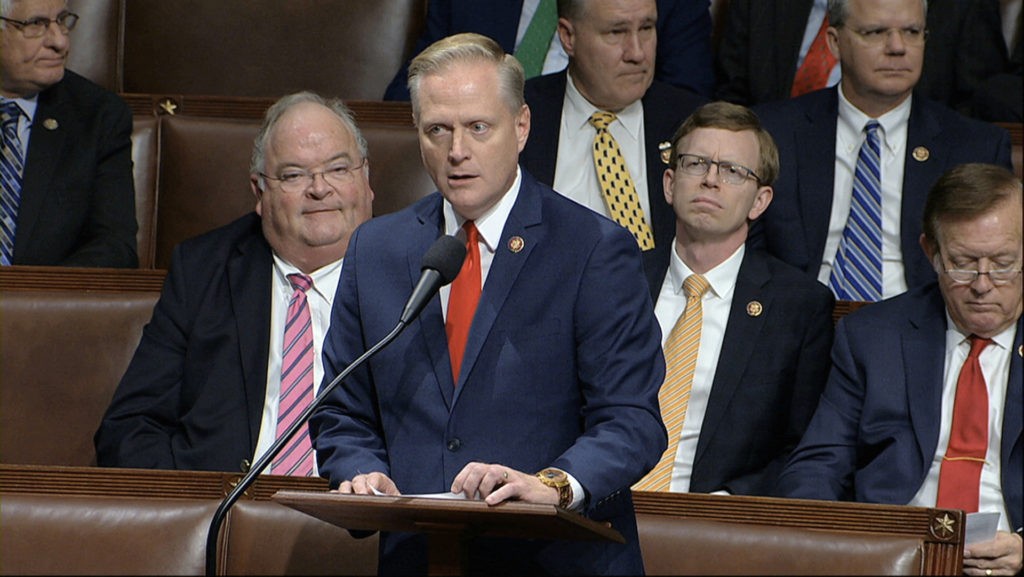 Rep. Fred Keller, R-Pa., speaks as the House of Representatives debates the articles of impeachment against President Donald Trump at the Capitol in Washington, Wednesday, Dec. 18, 2019. (House Television via AP)

Out of the gate, the measure has garnered over 160 cosponsors “and counting,” including Minority Leader Kevin McCarthy (R-CA), as well as Minority Whip Steve Scalise (R-LA) and Republican Conference Chair Elise Stefanik (R-NY). 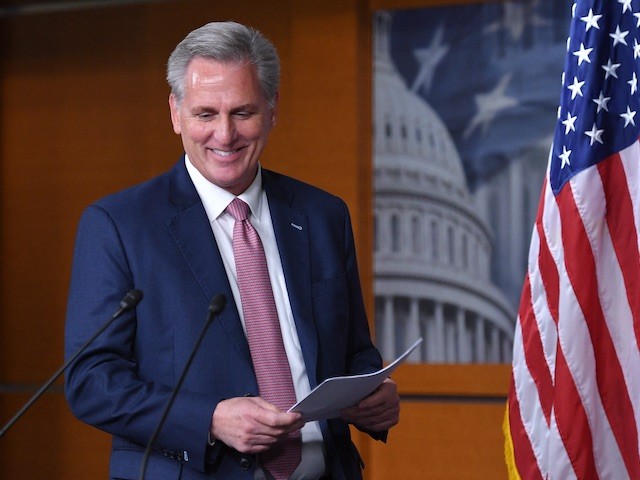 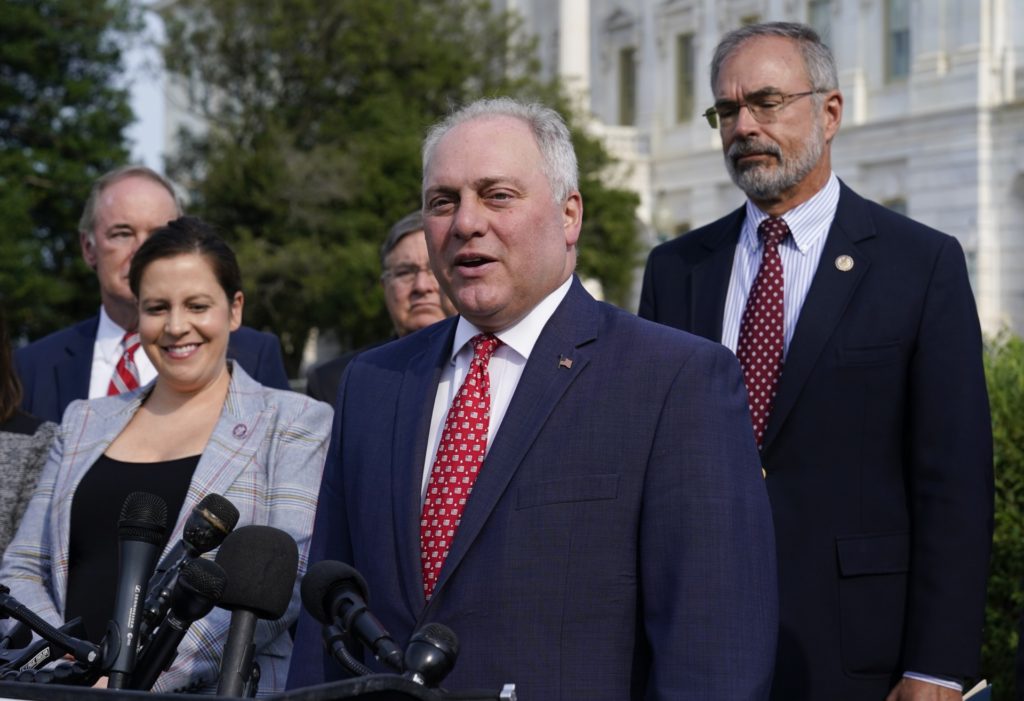 House Minority Whip Steve Scalise, R-La., joined by House Republican Conference Chair Elise Stefanik, R-N.Y., left, and members of the GOP Doctors Caucus, speaks during a news conference about the Delta variant of COVID-19 and the origin of the virus, at the Capitol in Washington, Thursday, July 22, 2021. (AP Photo/J. Scott Applewhite)

Resolved by the Senate and House of Representatives of the United States of America in Congress assembled,  That Congress disapproves the rule submitted by the Depart of Labor relation to “COVID-19 Vaccination and Testing; Emergency Temporary Standard” 986 Fed. Reg. 61402 (November 5, 2021)), and such rule shall have no force or effect.

“The broad support that our Congressional Review Act resolution has garnered sends a clear message to President Biden: The American people are fed up with the mandates and government control,” Keller said in a statement.

“Our nation faces a host of crises created by this administration, including supply chain challenges and skyrocketing costs for everyday goods and services. President Biden’s illegal vaccine mandate is crippling for Main Street job creators and workers,” he continued, promising Republicans will “do everything we can to oppose this authoritarian rule.”

Similarly, Sen. Mike Braun (R-IN) introduced a companion bill in the Senate, another CRA resolution which has garnered the support of all 50 Republicans in the Senate. This is significant, as a CRA “allows Congress to block any executive branch rule with only a simple majority in the Senate,” effectively putting moderate or swing state Democrats in the hot seat, as they have a one member majority. That includes Sens. Joe Manchin (D-WV) and Maggie Hassan (D-NH), both of whom are up for reelection next year.

“I got to believe a few of them [Democrats] are going to say, ‘Wait. Do I want to buy into more of this craziness, or do I want to get reelected?’ So it’ll put them all on record,” Braun said in an exclusive interview with Breitbart News, speaking of his proposal earlier this month.

“If they decide to just toe the line, they’re going to be on the public record for those close Senate races in swing states in 2022,” he added.