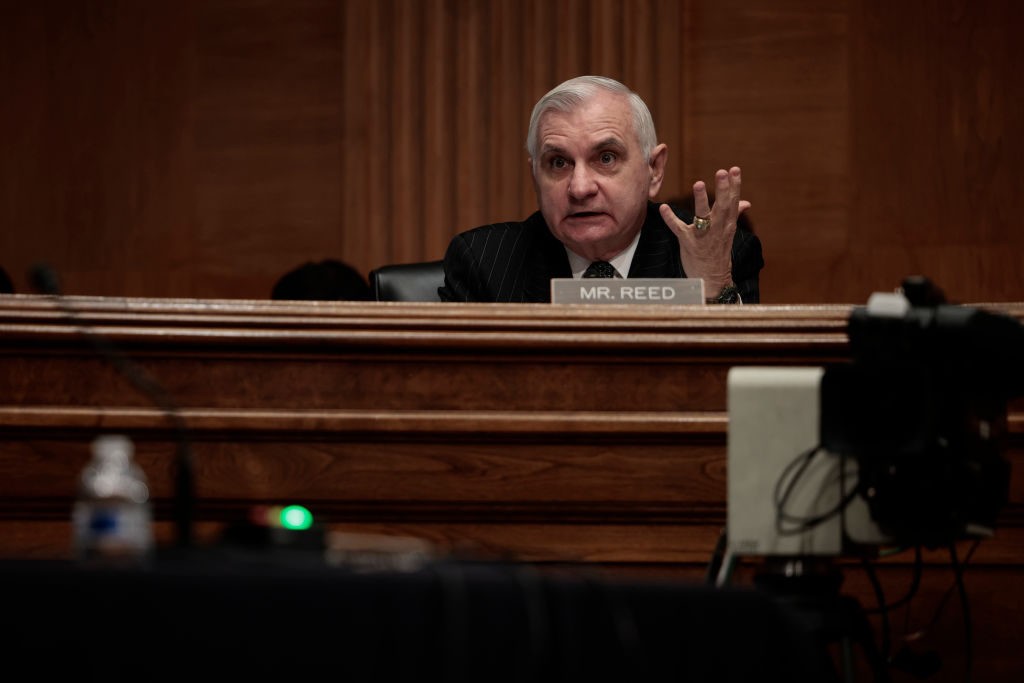 Sen. Jack Reed (D-RI) speaks during Dr. Saule Omarova’s nomination hearing to be the Comptroller of the Currency with the Senate Banking, Housing and Urban Affairs Committee on Capitol Hill on November 18, 2021 in Washington, DC. (Anna Moneymaker/Getty Images)

Omarova said, “I would worry if all of our financial transactions were up to some blockchain system, where you know various actors might actually be located in other countries not particularly friendly to us, control the functioning of that system.”

Despite Omarova’s concerns, the United States is the number one miner of bitcoin in the world, meaning there is little to worry about other countries or private actors manipulating bitcoin.

America became the top destination for bitcoin miners after China cracked down on cryptocurrency mining this year.

In fact, resource-rich and low-energy price states such as Texas, Washington, and other states have become a mecca for bitcoin mining.

Omarova could seek to heavily regulate the digital currency industry as exhibited by her academic writings.

The OCC charters, regulates, and supervises all national banks, and she could unwind the charter approvals for cryptocurrency companies such as Protego, Paxos, and Anchorage.

Saule Omarova, President Joe Biden’s pick as Comptroller of the Currency, previously authored a thesis on Marxism, the only copy of which has reportedly been destroyed by Moscow State University. https://t.co/kn7bgpx5bJ

She wrote in “Technology v. Technology: Fintech as a Regulatory Challenge” that the “root of the problem” in the “massive digitization of finance” is the “critical shift in the … balance of power in the financial system” away from government control.

The former senior government official said, “It’s a decentralized network for peer-to-peer exchange where nobody can tell you what to spend your money on. That’s a problem. If you believe in controlling people.”