Registered Republican voters in Florida now outnumber registered Democrat voters in the state for the first time in several decades — but according to Vice Chairman of the Florida GOP Christian Ziegler, the Republican Party of Florida has no plans of slowing down or getting comfortable.

“It’s important for us to recognize our milestones like overtaking the Democrats in the State of Florida. We can take a little moment to do that. But then we must immediately — a couple of minutes later, we’re going to go back to work,” Ziegler exclusively told Breitbart News over the weekend.

“Democrats are laser focused 24/7, 365, to basically turn America and Florida into a socialist country that doesn’t support our police, doesn’t support our military, that puts more power in the hands of the government, shuts down businesses, shuts down schools. I mean, every day they wake up, and that’s what they’re focused on.” he continued. “I mean, my job as vice chair of the state party and our organization — we need to be laser-focused on countering that and then promoting all of the good that Ron DeSantis is doing.”

As of October 31, Republicans were roughly 4,000 votes ahead of Democrats — 5,118,357 to 5,114,039 according to data from the Florida Division of Elections — a victory Ziegler said is largely because a “majority of America just does not agree with the leftist base of the Democrat Party.” Especially following Republican Glenn Youngkin’s victory in the Virginia governor’s race, in which he largely campaigned against Critical Race Theory, government overreach, and the leftist agenda, Ziegler noted how Democrats are “helping the Republican Party” by “doubling down” instead of re-strategizing how the party approaches hot button issues.

I mean, it almost seems like the Democrats are doubling down. And the reason why they are is because their base is demanding it. And I think they’ve been exposed in terms of on shutting down schools, shutting down businesses, pushing Critical Race Theory. They’re already getting blamed for it. So now what they’re doing is they’re going to dig their heels that and they’re going to deliver for their base.

But the problem is, is the majority of America just does not agree with the leftist base of the Democrat Party. And the more that gets exposed, the more voters they’re going to lose. So they’re really in a tough, tough spot. I don’t know where they go from here. But I do know, digging in is going to help the Republican Party, and we’re going to be highlighting just how extreme and out of touch they are with the average American. And I think there’s going to be significant payback come the August in Florida, come the August school board elections when they go to vote for school boards in August. But then in November, when we go to the general election … states like Florida are going to get further and further out of reach.

I think they’re going to hurt themselves in all the battleground states. I just don’t know who’s giving them advice, but I would encourage the Democrats, just keep doing what you’re doing and helping the Republican Party more than that.

When Breitbart News checked in with Ziegler in early October, Democrats had a 20,000-voter lead in the state. Ziegler said while some estimates put Republicans on track to outnumber Democrats by the end of the year, he knew it would happen a lot sooner.

“There were a lot of people that were talking maybe the end of the year and the early spring. But I just know from the Republican Party of Florida standpoint, our team, we have a lot of resources on the ground across the state doing voter registration nonstop,” he said. “I was expecting it before Thanksgiving, but it’s a huge win for our organization now.”

Ziegler talked of the party’s plan to expand on-the-ground efforts and use the vulnerable underbelly of the Democrat Party to continue building strength in the state.

We’re focused really on the issues and how they impact people in Florida. So when you look at down in South Florida, a lot of our messages about, you know, anti-socialism and basically exposing the Democrats for promoting socialism or endorsing socialism when you get to the middle part of the county, we’re talking a lot about, you know, safety, public safety, supporting law enforcement and how the Democrats just frankly don’t support law enforcement. And then when we go up in the Panhandle, we’re talking about family values and in our culture, CRT, some of those issues that really resonate with the voters up there. So I think the Democrats have done a great job of giving us a lot of content to mobilize against.

He added that Florida Gov. Ron DeSantis (R) is a leader they can “mobilize in support of” because of his strong leadership and his emphasis on freedom throughout the pandemic.

“So it’s almost like the perfect storm here in Florida because we can point at the Democrats and just how extreme and out of touch they are. And then we can point over Ron DeSantis and say, ‘Look, he kept your kids in school and you have your businesses open,’” he said. 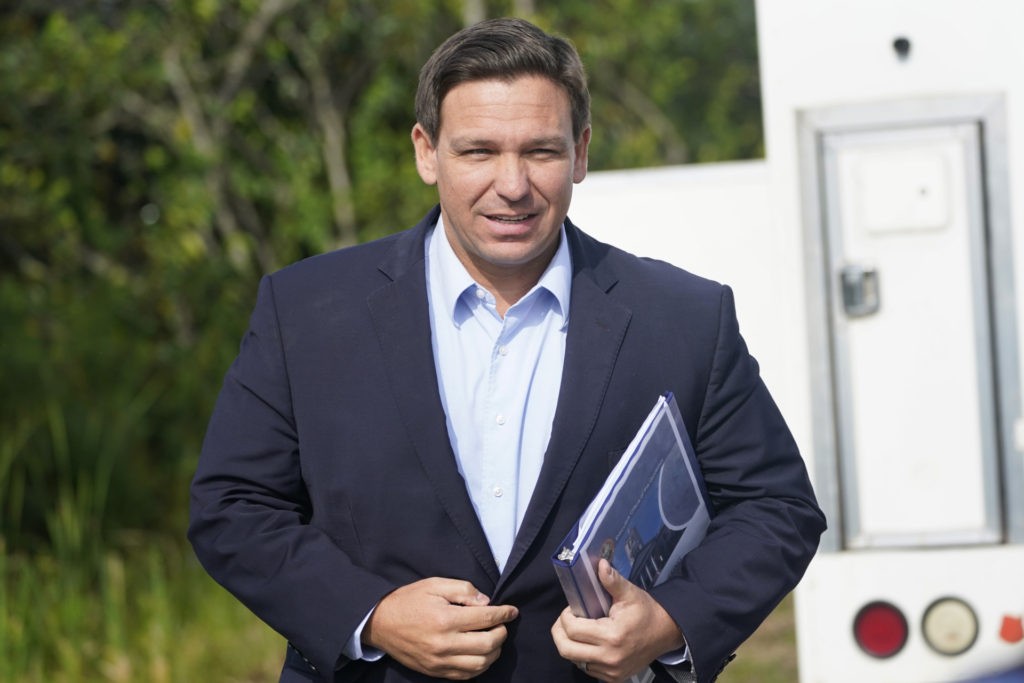 Ziegler said the demise of the Democrat majority in Florida began during Barack Obama’s presidency and took off exponentially during the Trump era.

“There were 600,000 more Democrats than Republicans back in 2008. Obama got in office, and we saw that [he] started moving so far to the left and people start to get really turned off,” he said. “I think Donald Trump played a big role in this because when he took office in 2016, what we saw were there a lot of historically, you know, southern Democrats, if you will, that were frankly, conservatives, but their families always voted or always been registered Democrat. And I think Donald Trump did then kind of empowered them to flip to the Republican side because he was just fighting for that central part of Florida, rural Florida — he was their voice.”

“And then I think Ron DeSantis is really kind of taking that momentum that Trump started, and he’s poured gasoline all over it because of his stance for keeping kids in school and keeping businesses open. And those two things have mobilized and really awakened and mobilized people that have never been involved politically. But when you start messing with their kids and you start messing with their business, they’re forced to kind of open their eyes and get informed and realize what’s going on,” he said. “So we have a lot of 20, 30-year-old, 40-year-old parents that have never been involved that are now showing up at school board meetings, but are also registering to vote. And they’re all registering Republican because they’re so frustrated that the government can have so much power over that.”

A November Politico report noted how the Democratic Governors Association has “no plans to give significant financial help to Florida Democrats as they seek to unseat Gov. Ron DeSantis in 2022,” largely because of the “perception that DeSantis is unbeatable.” In response, Ziegler told Breitbart News that regardless of what Democrats do, the Republican Party of Florida is not letting its guard down.

“As for him, just individually, he’s going 150 percent. And we’re going to do the same thing with our Republican Party of Florida apparatus — we’re just not going to let up,” he said. “There’s too much at stake. I have three girls, an eight-year-old, five-year-old, and a two-year-old. I want them living in a state where Ron DeSantis is governor and we have our freedoms protected.”