Breitbart London joined Reclaim Party leader Laurence Fox on the campaign trail on Tuesday as he launched his bid to become Mayor of London in a converted double-decker bus with a portrait of a gagged Sir Winston Churchill and punk rock-style lettering reading “Free London”. 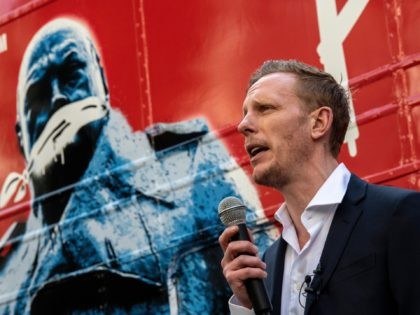 Anti-police activists and feminist protesters chanted a quote from Marxist cop-killer Assata Shakur as they gathered in Parliament Square on Tuesday to demonstrate against Home Secretary Priti Patel policing bill. 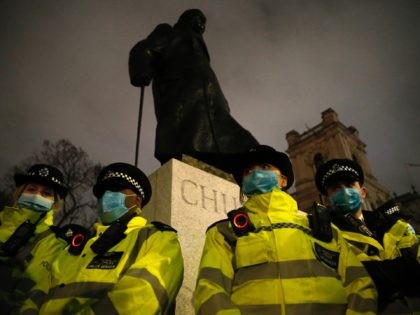 A large crowd danced and chanted “fuck Donald Trump!” in the street outside Philadelphia’s City Hall on Saturday night.

Antifa Protesters in Denver: ‘No Borders. No Walls. No U.S.A. at All!’

Antifa protesters shouted chants of, “No Borders. No Walls. No U.S.A. at all,” during a demonstration in Denver, CO, on Wednesday evening. 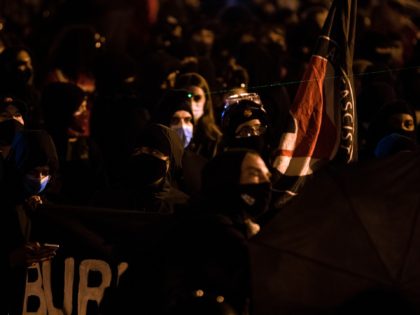 A man interrupted a Trump supporter outside of Walter Reed Hospital on Monday by calling her a “stupid woman” for supporting President Donald Trump. 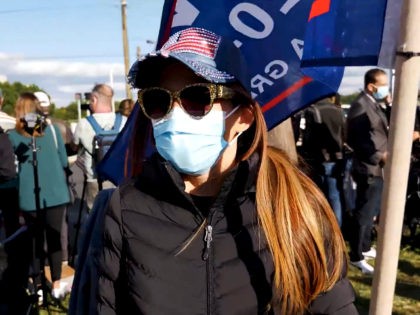 Left-wing pundits and activists appeared to question on Friday whether President Donald Trump truly had tested positive for the coronavirus. 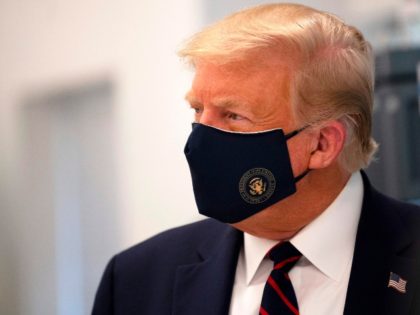 Sasha Johnson, a leader of the Oxford branch of Black Lives Matter, announced on Sunday the formation of what she termed “the first black-led political party in the UK”. At a so-called Million Man March in London — which saw 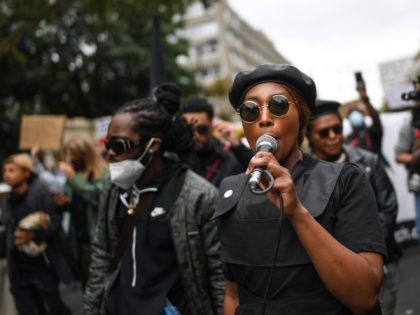 Douglas Murray, author of The Madness of Crowds and The Strange Death of Europe, described the Black Lives Matter protest captured in a Breitbart News viral video as “tawdry and pathetic”, saying Britain should not bow down to the “demagogues and racists” in the BLM movement. 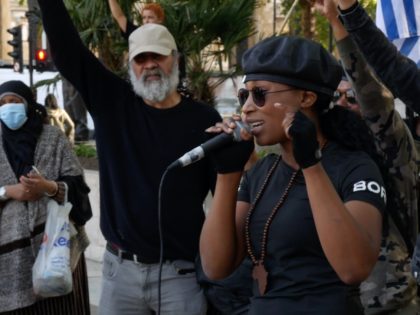 Watch: BLM Activist Calls for Revolution in the UK, Saying: ‘The Police Is No Different from the KKK’

At a Black Lives Matter protest, a radical activist called for a revolution in the UK, demanding the establishment of a ’Black Militia’. 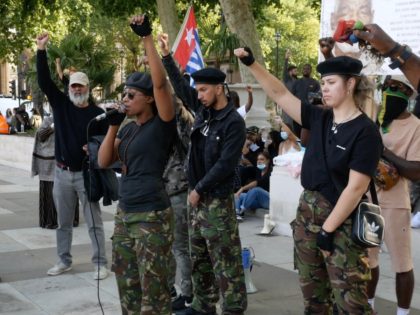 Democrat leaders in Congress this week repudiated the “defund the police” calls across the country that have grown increasingly loud among some of their colleagues, other leftists, and protesters in the wake of the death of George Floyd while in Minneapolis police custody. 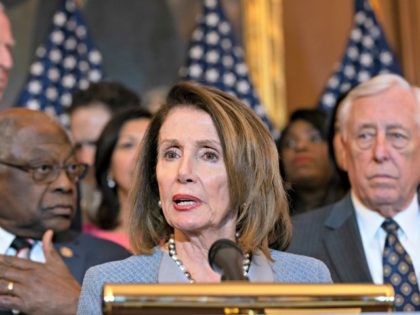 The flag of the Mapuche indigenous people of Chile, whose use became prominent among violent leftist protesters in that country last year, was spotted amid anti-police brutality protests in Minneapolis on Thursday. 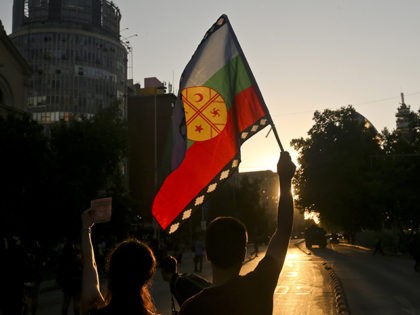 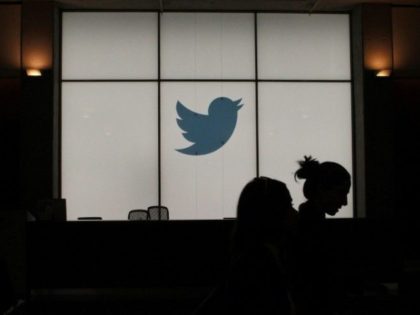 A group of male Women’s March activists took to the streets to protest President Donald Trump on Saturday in Washington, DC, where they sang their own rendition of Gloria Gaynor’s hit song, I Will Survive. In the parody version, the activists insist President Trump will “wish [his] name was Nixon,” and that he will “pray for Watergate,” implying that his impeachment trial in the Senate will be much worse. 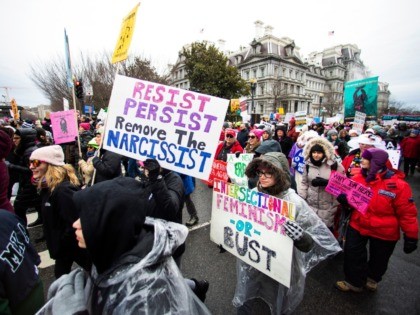 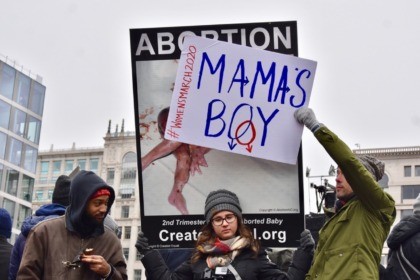 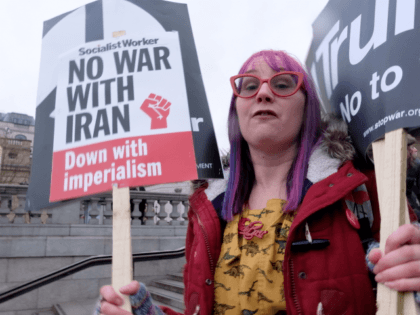 Leftists were angry and confused after WholeFoods Magazine gave Senate Majority Leader Mitch McConnell its “2019 Person of the Year” award. 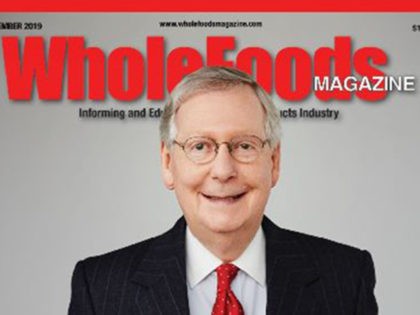 While hockey icon Don Cherry was fired after leftist backlash this week, the former Coach’s Corner co-host has been a thorn in the side of the Canadian left for years. 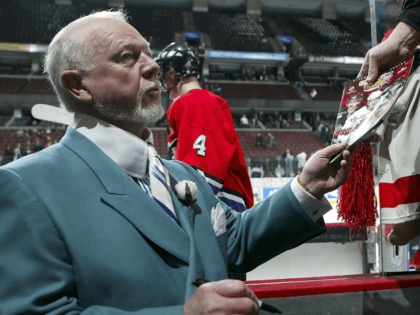 Leftists around the world expressed their dismay Sunday after Bolivia’s far-left leader Evo Morales announced his resignation, following the publication of proof of fraud in the election that extended his tenure. 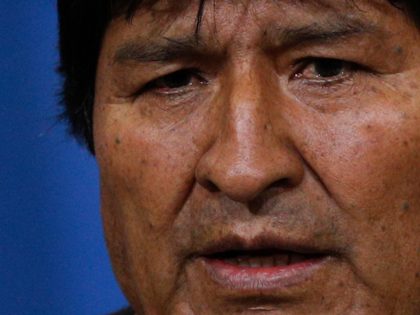 Medal of Honor recipient James C. McCloughan, whose image was replaced by the hero dog who chased down Islamic State (ISIS) founder and leader Abu Bakr al-Baghdadi in a photo tweeted by President Trump, was not offended by the alteration and “laughed,” according to reports. 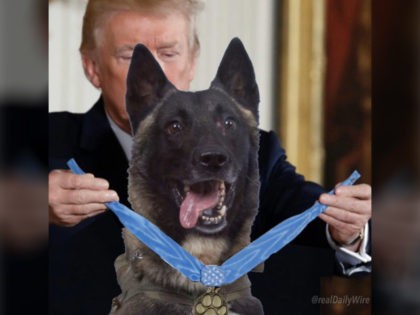 Athletic clothing company Dhvani has shut down its Instagram comment section after receiving backlash for its anti-Trump billboard in Times Square. 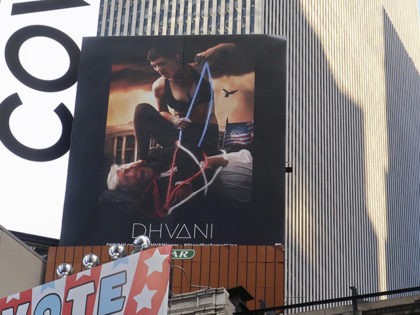 Former White House Press Secretary and current Dancing with the Stars contestant Sean Spicer spoke to Breitbart News Sunday and called Breitbart his “lucky charm,” adding that his continued presence on the show demonstrates that conservatives have a voice and it is “not just the loudest voices on the left that get to dominate.” 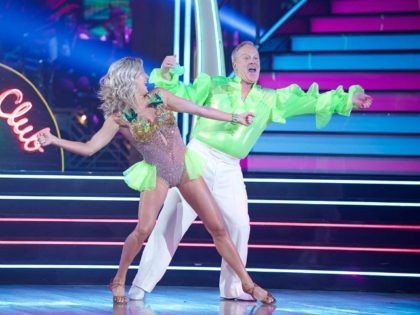 Watch – Protester: Brett Kavanaugh Should ‘Not Get Too Comfortable’ on SCOTUS

During an anti-Kavanaugh protest in Washington, DC, on Sunday, one protester proclaimed that Justice Brett Kavanaugh “should not get too comfortable” on the Supreme Court of the United States because “a new generation of lawyers is coming,” and they “will not accept” the presumption of innocence. 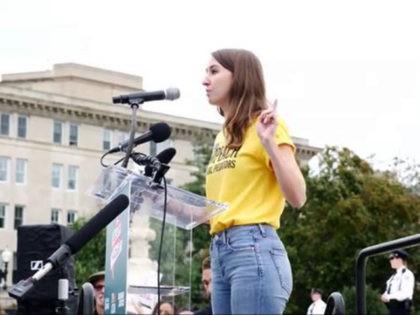 Former White House press secretary and current Dancing with the Stars contestant Sean Spicer told Breitbart News Sunday that conservatives and “Breitbart Nation” are “sending shockwaves” to both Hollywood and the establishment media with their continued support of his run on the show. 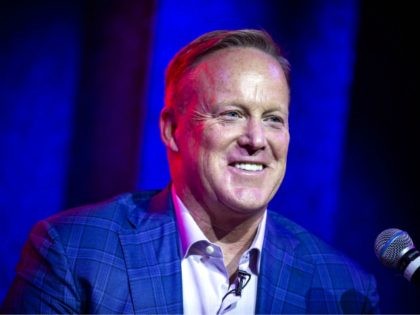 During an anti-Kavanaugh protest in Washington, D.C. on Sunday, one protester reminisced about the summer she was arrested by U.S. Capitol Police, adding she recommends being apprehended as a first-time arrest experience. 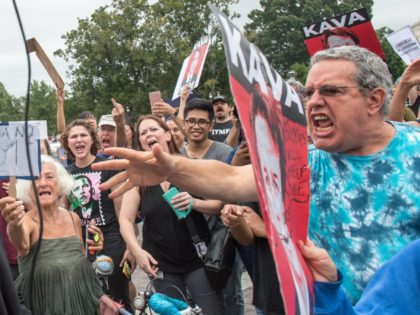 George Mason Student: ‘It’s Time to Put Brett Kavanaugh Out on the Street’

Hundreds of leftists gathered in protest of Justice Brett Kavanaugh in Washington, DC, on Sunday. October 6 marks one year since Kavanaugh was confirmed as a Justice on the Supreme Court of the United States. “It’s time to put Brett Kavanaugh out on the street,” proclaimed one protester. 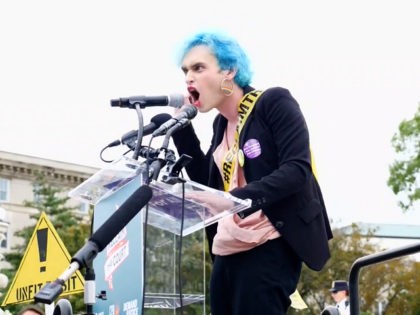 Italian media has alleged that pro-migrant activists and leftist politicians are behind an attack by the United Nations on the immigration of policy of populist Italian Interior Minister Matteo Salvini. 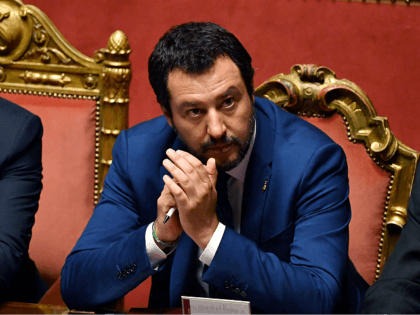 Chuck Woolery: Hollywood Left ‘Projects’ Its Own ‘Racism’ and ‘Bigotry’ onto Conservatives 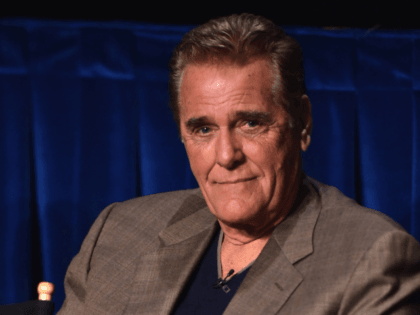 Dennis Prager on Green New Deal: Leftists Need a ‘Crusade,’ ‘Cause’ to Have Purpose

On his Friday radio show, talker Dennis Prager offered his theory on the motivation behind the Democratic Party’s push for a Green New Deal, an effort spearheaded by Rep. Alexandria Ocasio-Cortez (D-NY). Prager argued the Green New Deal was an example of those behind the cause needing a “purpose,” which he labeled as “leftists.” 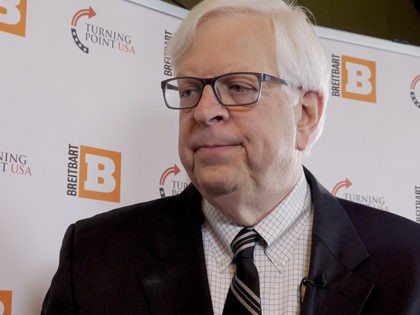 A store clerk at a vape store was fired Friday evening after he was caught on video screaming at a customer wearing a shirt that read, “Trump” as well as a MAGA hat, demanding for him to leave and refusing to sell him anything. 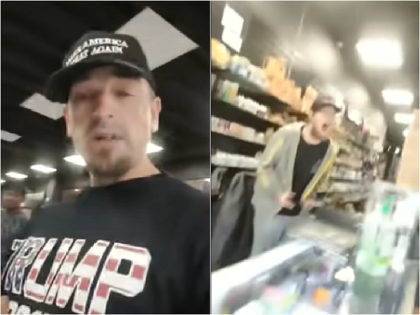 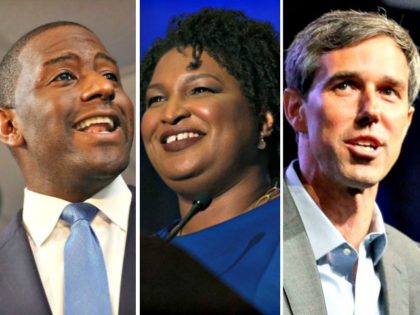