Multiple outlets, including the Sun and Heavy, have connected Brooks to Mathboi Fly music videos, matching his appearance to mugshots and other social media photos of the 39-year-old Milwaukee man. The YouTube channel hosting those videos has now been deleted. A Soundcloud profile under the same artist’s name is still accessible.

Brooks uploaded a song titled “X” to Soundcloud three years ago. The song opens with a quote from Malcolm X, saying, “I think it would take a whole lot of nerve for white people today to ask negros do they hate them.” The next lyric from Brooks after the Malcolm X quote is “yeah.”

“This that Malcolm X shit, revolutionary. This for my niggas in the can eating commissary. For every ghetto in America, I know they waiting. This that fuck Donald Trump flow and whoever hate it,” the song’s chorus begins.

The second half of the chorus finishes off with an underlying voice that repeats, “I got that AK-47, just like Malcolm nigga,” as Brooks sings the lead lyrics of the chorus.

The first verse continues Brooks’s Anti-American tirade as he sings lyrics about “devils” trying to take him down and murdering police officers.

“I got that AK-47 just like Malcolm nigga, these devils try to take me down bet they coming with them. Police is tripping, fuck around a be a shooting victim, I keep it on me. I kill one, fasho, I killed a witness.”

He continues to express discontent for law enforcement and the criminal justice system. He also compares contemporary America to the slavery era in the lyrics that follow.

“So fuck a pig and a judge that’s how i’m a live it. Man we was asking for too long now they gotta give it. And I got homies in them cells tryna fight the system. Minimum wage, ain’t shit changed they still slaving niggas.”

Brooks insinuated black Americans today are still being lynched as they were during the Jim Crow era. “They prolly got a small town somewhere hanging niggas. I talk like this and they don’t wanna have a conversation. Let’s face the fact that my people really built this nation, after you stole it from the natives you’re the truest haters.”

Brooks parroted corporate media’s talking points surrounding former President Donald Trump during the song’s second verse. “Now let me talk about the bitch we call the president. A closet racist and he play his part so effortless. From real estate to Television had us all convinced,” he said.

At one point, Brooks claims to be worried about the future and what to tell the next generation of Americans. 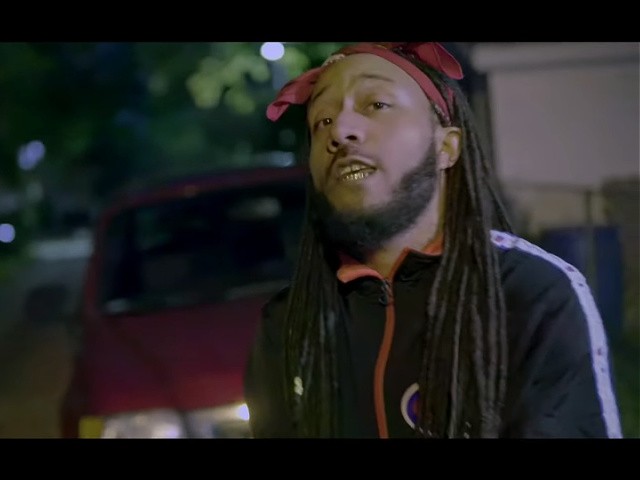 Further, Brooks seems to express anti-Catholic views at the end of the song’s second verse. “Them Hail Mary’s while you clutching on the rosary, and you still waiting for the lord to bring you hope relief. (Never!)”

Before the chorus returns, Brooks shouts out prominent black nationalists in a short bridge after the second verse.

Police charged Brooks with driving a red SUV — which may be the same vehicle seen in one of his music videos — into a crowd at the Waukesha Christmas parade Sunday evening, wounding dozens of people and killing five. He was reportedly released from prison on $1,000 bail for another violent incident just weeks earlier. A woman accused him of intentionally running her over with his car near the beginning of November. Law enforcement officials say they have not confirmed a motive for the incident.