Mark Meadows turned the tables on the U.S. House Select Committee on the January 6 Attack on Wednesday, filling a lawsuit in federal district court in D.C. that argues the committee is unconstitutional and in violation of House rules.

CNN and other establishment media outlets played the lawsuit as a last-ditch effort by a man desperate to avoid a subpoena — or desperate to appease his former boss, Donald Trump.

Yet the lawsuit is a serious threat to the existence of the committee.

The lawsuit makes some familiar arguments, such as that the committee is violating the Constitution’s separation of powers by encroaching on executive privilege. Former Trump aide Stephen K. Bannon, who is being prosecuted by the supposedly apolitical Department of Justice for contempt of Congress, is making the same case against his subpoena in federal court.

But Meadows goes further, pointing out that the January 6 committee violates the terms of its own enabling resolution.

The resolution, H. Res. 503, provides that the committee “shall” consist of 13 members, five of which “shall be appointed after consultation with the minority leader.”

But the committee only has nine members, seven of whom are Democrats, and only two of whom are hand-picked anti-Trump Republicans. Speaker of the House Nancy Pelosi (D-CA) rejected the five members chosen by House Minority Leader Kevin McCarthy (D-CA), an unprecedented step to ensure a one-sided inquiry. 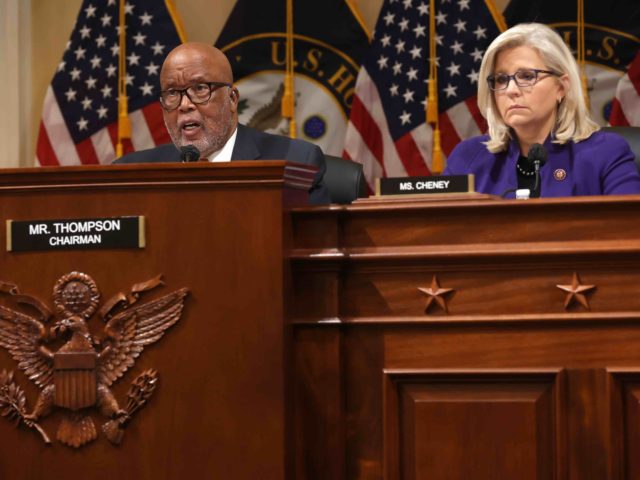 If Meadows’s lawsuit is successful, he could not only block his own subpoena, but could see the entire committee declared invalid. Pelosi and the Democrats would have to start over — this time, obeying the rules, with five Republican members.

Each of the members — including the two Republicans, who are posing as defenders of the rule of law — is going to have to answer, and explain why they are participating in a Star Chamber that violates not only the principles of the Constitution, but the explicit rules authorized by the House Democrats in a supposed effort to protect democracy.