WILDWOOD, Florida — Florida Gov. Ron DeSantis (R) on Wednesday announced what his office branded a “first of its kind in the nation” legislation to combat both woke corporations and Marxist ideologies such as Critical Race Theory (CRT) in schools and places of employment across the Sunshine State.

In the past, Gov. DeSantis has targeted Critical Race Theory, vowing to take action against the divisive Marxist ideology, which urges children to view everything through the lens of race.

“It’s also based on false history when they try to look back and denigrate the Founding Fathers, denigrate the American Revolution, doing all these different things that even very liberal historians say is not supported by the facts,” the governor said during a press conference in Pensacola in May, adding that civics should be a priority and must be “taught accurately.”

“It needs to be taught in a fact-based way. Not an ideological-based way, and if we have to play whack-a-mole all over this state, stopping this Critical Race Theory, we will do it,” he vowed. 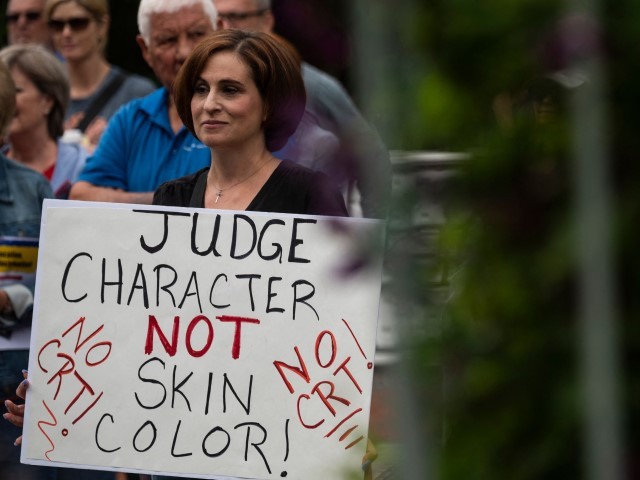 A woman holds up a sign during a rally against “critical race theory” (CRT) being taught in schools at the Loudoun County Government center in Leesburg, Virginia on June 12, 2021. (ANDREW CABALLERO-REYNOLDS/AFP via Getty Images)

In June, the Florida Department of Education approved a proposal effectively banning Critical Race Theory and content inspired by the divisive ideology from being taught in schools. The rule specifically prohibits educators from indoctrinating or persuading students “to a particular point of view.”

However, DeSantis does not believe that the action should end there, as CRT is also embraced in “corporate boardrooms and employee trainings at some of America’s most powerful corporations,” which assert that the U.S. is a country dominated by white supremacy.

This is why DeSantis is proposing the Stop Wrongs to Our Kids and Employees Act (Stop W.O.K.E Act), dubbed the “first legislation of its kind in the nation, going on the offense against both corporate wokeness and critical race theory in our schools,” according to the governor’s office.

The legislation would protect employees, teachers and school staff, and ultimately students and families, he announced on Wednesday during a press conference in Wildwood.

Under the legislation, CRT training would be considered an “unlawful employment practice,” making it “clear that corporations and public sector employers violate the Florida Civil Rights Act when they subject their employees to training that espouses race or sex stereotyping or scapegoating including critical race theory.”

It also considers CRT discriminatory in the realm of education, stopping what his office describes as “indoctrination in the guise of professional development, and requires districts and schools to adhere to professional development frameworks consistent with Florida’s lawful and publicly adopted state standards.” The measure would also solidify the Florida Board of Education’s previous actions, making them law “to guard students against indoctrinating curriculum.” 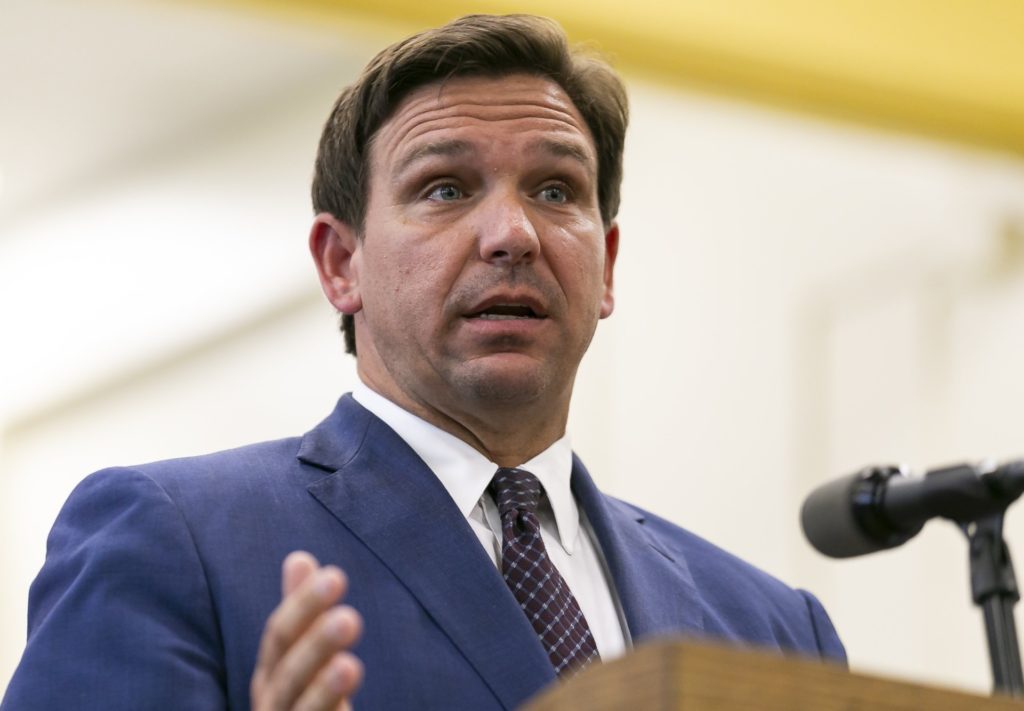 “It’s based on historical falsehoods,” DeSantis said of CRT earlier this year, noting that it is “offensive” to have taxpayers fund the teaching of the dark, divisive, and false ideology.

“I mean, first of all, it’s offensive — here we are celebrating tax savings — it’s offensive to the taxpayer that they would be asked to fund critical race theory,” DeSantis said at the time, adding that they are essentially being asked to “fund teaching kids to hate their country and to hate each other.”