The White House has not disclosed additional details of President Joe Biden’s coronavirus tests after he came into close contact with the virus on Air Force One.

During a trip to South Carolina on December 17, Biden came into contact with a mid-level staffer on Air Force One who later tested positive for the virus.

The president was tested Monday, December 20, and again Wednesday, December 22, according to the White House, and both tests were negative.

But no further details about his health were shared before Christmas and into the end of the year.

The White House did not respond to a Breitbart News request for the results of Biden’s coronavirus tests or disclose if he had ever tested positive.

The president participated in a number of public events through the Christmas holiday but did not reveal any further details about his health: 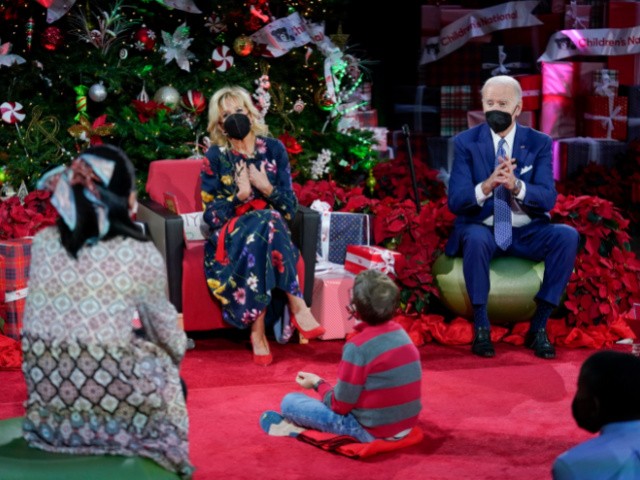 Biden remained at the White House for Christmas, a rare decision for him to forgo spending the weekend at his home in Delaware.

On Christmas Eve, Biden wore a mask while visiting with patients at Children’s National Hospital and stopped at an Italian restaurant in Washington, DC, to view their Christmas tree.

The president later appeared on camera on the imitation White House set to speak to children about tracking Santa Claus via the NORAD system: 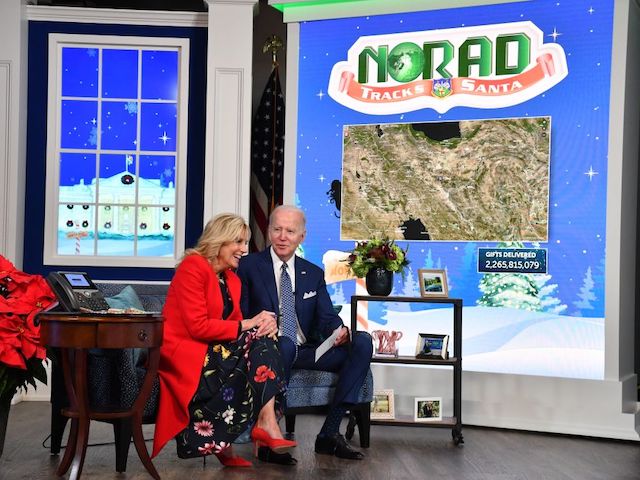 He watched Christmas Eve Mass on video, choosing not to attend church in person.

On Christmas Day, Biden spoke in a video call with American servicemembers.

The president did attend church in person at Holy Trinity Catholic Church on Sunday.

On Monday, Biden participated in a video coronavirus briefing with his team of federal health officials and American governors.

Biden left the White House on Monday afternoon to spend a few days at his beach house in Delaware. Wearing a mask, he spoke briefly to reporters before boarding Marine One.

He appeared publicly wearing a mask on the beach Tuesday as he walked his dog. First lady Jill Biden joined him but did not wear a mask.

On Wednesday, the White House said Biden visited briefly with his friends and neighbors — Ambassador Mark Gitenstein and Elizabeth Gitenstein — before leaving his beach house for his home in Wilmington, Delaware, where he plans to remain into the New Year.