Catholics can support a woman’s right to kill her unborn child in good conscience declared Jesuit Father Pat Conroy in an interview published Wednesday in the Washington Post. 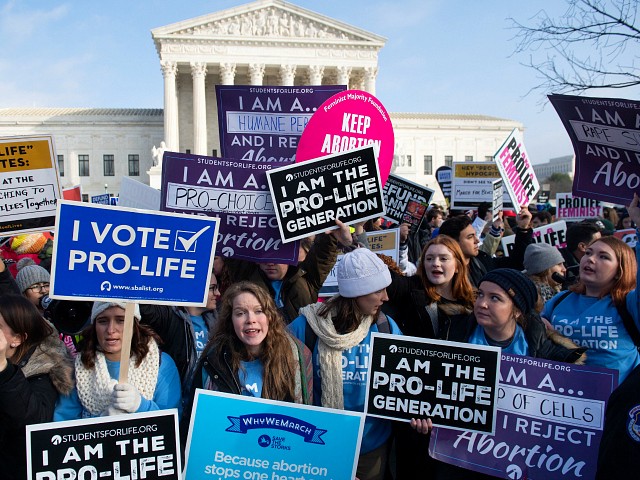 Pro-choice activists hold signs in response to anti-abortion activists participating in the “March for Life,” an annual event to mark the anniversary of the 1973 Supreme Court case Roe v. Wade, which legalized abortion in the US, outside the US Supreme Court in Washington, DC, January 18, 2019. (Photo credit should read SAUL LOEB/AFP/Getty Images)

“Choice is a highly American value and it’s a church value,” he declared.

“A good Catholic in our system could be saying: Given women in our system have this constitutional right, our task as fellow Christians, or as Catholics, is to make it possible for her to optimize her ability to make the choice,” Conroy asserted.

Calling abortion a “tragedy,” the priest said that, nonetheless, in the end, “she is the one to make her choice; we should not make it for her.”

Father Conroy is not the first Jesuit to support pro-choice Democrats. Jesuit Father Thomas Reese, the former editor-in-chief of America magazine, the Jesuit’s flagship publication in the United States, famously wrote in 2018 that “pro-lifers must consider voting for candidates, even pro-choice Democrats, who will reduce the number of abortions by supporting programs that help mothers and their children.”

“Trying to preserve anti-abortion laws or trying to reverse the legalization of abortion is simply not working,” Father Reese contended.

In that essay, Reese further argued against closing Planned Parenthood clinics, insisting that such a move would be “irresponsible and counterproductive.”

Not long after the publication of Reese’s article, Cardinal Timothy Dolan responded forcefully, asserting that Father Reese’s strategy constituted “a capitulation to the abortion culture, and a grave weakening of the powerful pro-life witness.”

“His main assertion — that we give up all efforts to legally protect unborn human life, and work only to reduce the number of abortions — is an unnecessary dichotomy,” Cardinal Dolan wrote. 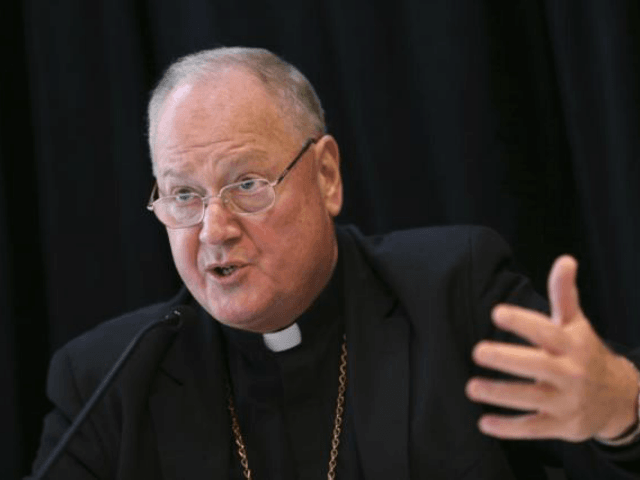 “Catholic tradition and basic human rights teach us that every human being has an inalienable right to life that must be recognized and protected in law,” he wrote. “While the law is not the only means of protecting life, it plays a key and decisive role in affecting both human behavior and thinking. We cannot give up!”

Dolan went on to compare Reese’s strategy to arguments employed against abolitionists in the mid-19th century.

“The ameliorists argued that, sure, slavery was awful, but, really it was here to stay,” Dolan noted. “So, we should acknowledge that it is constitutionally protected, and simply work to lessen the number of slaves.”

“Thank God, those who believed that slavery was a moral horror, a cancer on our country, and contrary to the higher values of a lawful republic, could never accept this capitulation,” Dolan added.

Perhaps the most notorious of pro-choice Jesuits was Father Robert Drinan (D-MA), who served in the House of Representatives from 1971 to 1981.

Writing in The Catholic Lawyer in 1968, Father Drinan argued that Catholics “should move away from any line of reasoning or species of rhetoric which suggests that the proponents of abortion are advocating homicide.”

Can or should Catholics “be so entirely certain of their own moral position in this regard that they should insist that their own hierarchy of values with regard to fetal life must be incorporated into the civil law?” he asked rhetorically.

Soon after, the redoubtable archbishop of New York, Cardinal John O’Connor, rebuked Drinan in his weekly column in Catholic New York: “You could have raised your voice for life; you raised it for death. Hardly the role of a lawyer. Surely not the role of a priest.”