A Wisconsin county judge on Thursday ruled absentee ballot drop boxes used in the 2020 presidential election are unlawful in Wisconsin.

The original drop box instructions were issued in March of 2020 and were reportedly instrumental in getting out the vote during the coronavirus pandemic.

The judge’s ruling reportedly specified the so-called “bipartisan” commission should not have unilaterally issued the drop box guidance to local election officials without proceeding through the traditional rulemaking process.

“State statutes do not address the use of ballot drop boxes, though the state elections commission issued guidance in early 2020 to allow election clerks to make use of them,” the Wisconsin State Journal reported.

The three conservative justices on the 7-justice Wisconsin Supreme Court wrote in Trump v. Biden in 2020 that tens of thousands of ballots were cast in violation of state election laws, including by the use of these drop boxes.

But by a 4-3 vote, a liberal-led majority of that court held on December 14, 2020, that it was too late for the court to rule on the merits of those legal claims, and the conservatives’ opinion was relegated to a dissent from that decision. 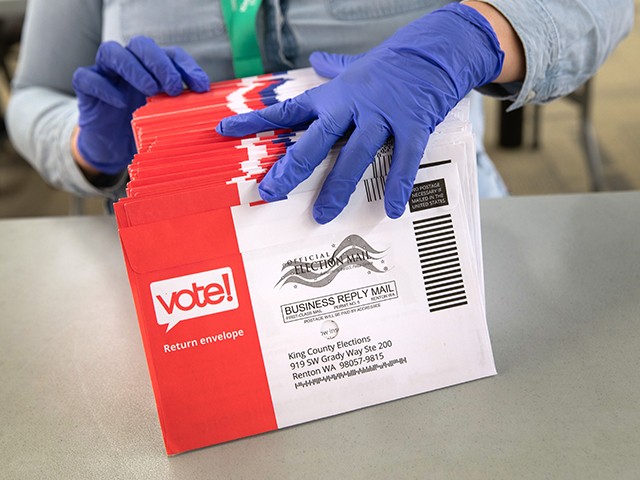 In essence, the Wisconsin Supreme Court ruled that voters were allowed, according to the commission’s rules, to register for an absentee ballot without furnishing an ID and could alternatively claim a rare status of “indefinitely confined” due to the pandemic.

The special status could only be used if the voter was sick or disabled, however. But that did not stop an estimated 250,000 people from voting absentee without a voter ID, claiming the rare status due to “age, physical illness or infirmity or are disabled for an indefinite period.”

According to WisPolitcs.com, the clerk’s office accepted 653,236 in-person ballots. Another 1.3 million were cast absentee. No record was reportedly kept on how many ballots were accepted through drop boxes.