In the first 24 days of the new year, a total of five police officers across three states have been killed in the line of duty as a crime wave continues sweeping the United States.

Officer Fernando Arroyos had served three years with the Los Angeles Police Department in California when, on January 10, he was allegedly robbed at gunpoint by members of the F-13 Gang. At the time of the robbery, Arroyos and his girlfriend were looking at a home for sale when the gang members confronted them.

Arroyos, while getting his girlfriend to safety, was shot at by the gang members. Arroyos returned fire but had been wounded. He was rushed to a nearby hospital where he died from his injuries.

Rivera’s wife posted a message to her late husband, writing “I love you till the end of time.” The couple had just married on October 9, 2021.

That same day, in Elk Grove, California, 31-year-old Jermaine Walton — out on probation for a 2017 drunk driving conviction — allegedly hit and killed officer Tyler Lenehan, a six-year veteran and father of two children, while drunk driving the wrong way down a highway.

Walton has since been hit with felony drunk driving and murder charges.

The California Association of Highway Patrolmen Credit Union (CAHP) has set up a donation page to support Lenehan’s family. Readers can donate here.

Family members remembered Lenehan in a Facebook post, writing that the officer “performed innumerable acts of charity and kindness and blessed many lives with his personality, love, and humility.”

Statement from the Lenehan Family:Our family is deeply heartbroken and devastated by the tragic loss of our husband,…

On January 23 in Harris County, Texas, Corporal Charles Galloway, a 47-year-old father who had been on the force for 12 years, was conducting a traffic stop when the driver allegedly stepped out of his vehicle and used an “assault-style weapon” to shoot Galloway.

Galloway died at the scene. The suspect, a young Hispanic man in a white Toyota Avalon, is still on the run.

“Corporal Galloway was very much loved by the men and women he served with,” Constable Ted Heap said in a statement. “There’s a lot of broken-up officers who he meant a lot to in their lives.”

The following day, on January 24, Harris County Sheriff’s Sgt. Ramon Gutierrez, 45-years-old, was off duty providing help with a convoy of oversized machinery on a highway. While off his motorcycle, directing traffic, Gutierrez was struck by 40-year-old Lavillia Spry whom police said had been driving drunk.

Gutierrez had been with the Sheriff’s Office for 20 years and his daughter has been planning her wedding here he planned to walk her down the aisle. He leaves behind a wife, daughter, and two sons.

“It’s hard when you see a family breaking down and their heartbroken and their dreams are shattered right before your eyes and dreams unfilled, as I said, with their daughter set to be married soon,” Harris County Sheriff Ed Gonzalez said in a statement. “We should be planning a wedding, not a funeral service.”

A Seattle, Washington, Police Department K9 was also killed in the first few days of 2022. The K9, named Jedi, was helping an officer capture a burglary suspect on January 5. While chasing the suspect down, Jedi was stabbed with a knife to death.

“Jedi, thank you for your service and commitment to your community and to your partner. You will be greatly missed. Our thoughts and prayers are with Seattle PD and K9 Jedi’s handler and family,” police department officials said in a statement. 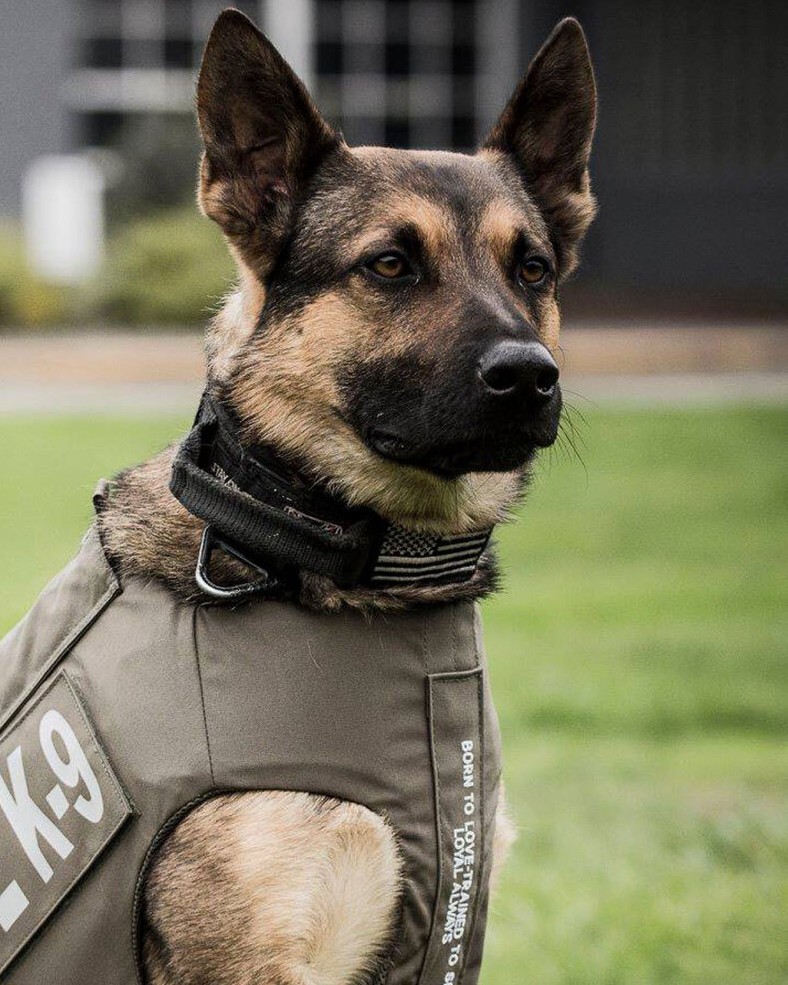 Last year, a total of 63 police officers were killed across the U.S. in the line of duty.

From January 1, 2021 to December 1, 2021, the Fraternal Order of Police (FOP) revealed that 314 police officers were shot in the line of duty with 119 those shootings occurring in the midst of 95 separate ambush-style attacks on officers, resulting in 28 of the total gunfire deaths.