The decision to freeze the money before distribution to the anti-vaccine mandate protesters was confirmed by a spokesperson for the bank in a statement seen by the outlet.

The move came after TD applied to the Ontario Superior Court of Justice this week about taking funds sent through bank transfers and GoFundMe and giving them to the intended recipients or returning them to the donors “who have requested refunds but whose entitlement to a refund cannot be determined by TD.”

Christian-owned GiveSendGo later stepped in to fill the void left by GoFundMe’s departure.

Reuters reported one bank account received C$1 million through GoFundMe and the rest was sent to a second account through a variety of bank transfers. The spokesperson said TD is unsure of where the GoFundMe payment originated.

Sen. Ted Cruz (R-TX) has since asked the Federal Trade Commission (FTC) to launch an investigation into GoFundMe and its actions.

In an email to Reuters, Keith Wilson, an attorney for the convoy, said TD has been put “on notice that their actions are improper and disappointing.” 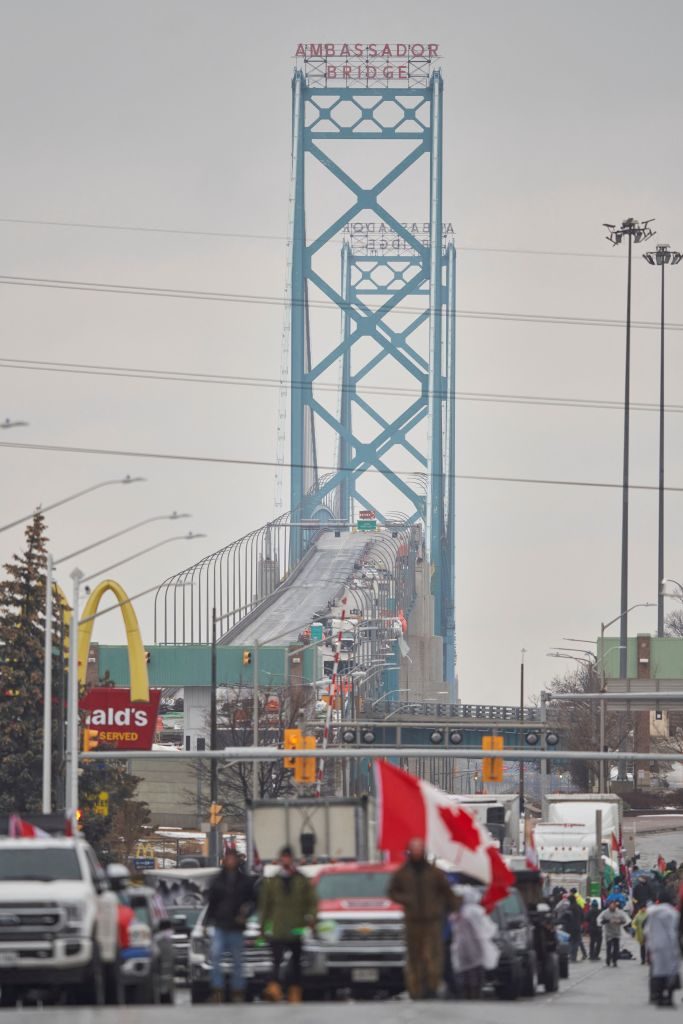 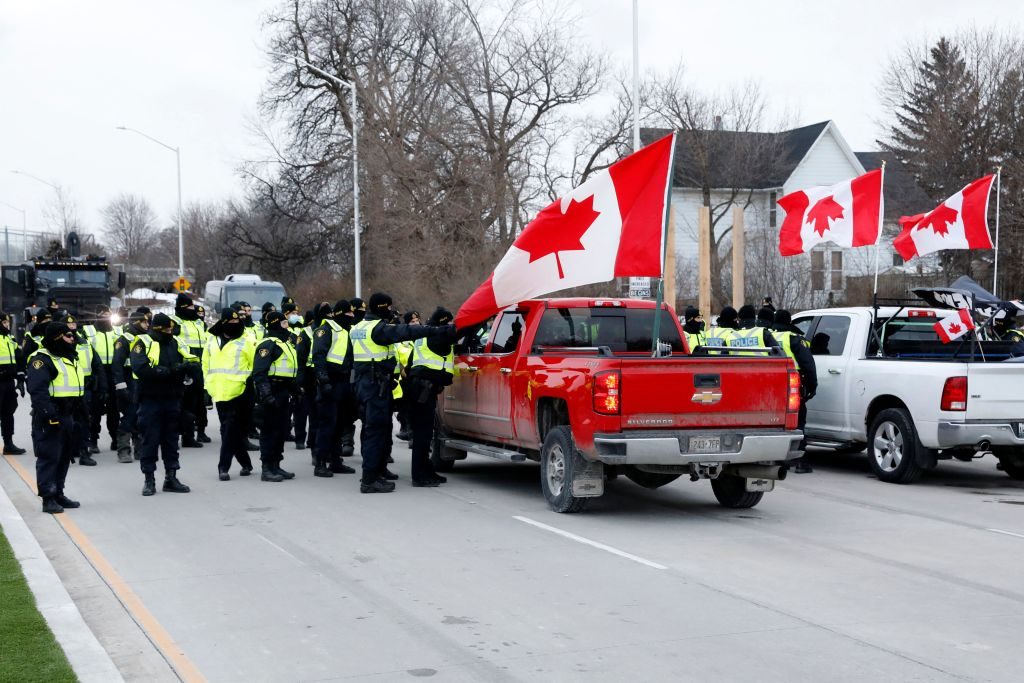 Police surround pickup trucks as they clear protesters against Covid-19 vaccine mandates who blocked the entrance to the Ambassador Bridge in Windsor, Ontario, Canada, on February 13, 2022. (JEFF KOWALSKY/AFP via Getty Images)

GoFundMe faced immense criticism earlier this month after the company decided to pause the fundraising page for the convoy after it surpassed $10 million, as Breitbart News reported.

A lawyer for the Freedom Convoy sent an email to Reuters outlining TD has been put “on notice that their actions are improper and disappointing.” The email, written by Keith Wilson, also said the convoy will seek a court order to release the money raised to a new not-for-profit corporation.