Ontario will end its vaccine passport requirements on March 1, 2022, the province announced Monday in a press release.

Claiming “key public health and health system indicators” are “continuing to improve,” the province announced it will ease the next set of restrictions this week, on February 17, increasing social gathering limits at a variety of places. Indoor social gathering spaces will see a capacity increase to 50, and indoor public settings where proof of vaccination is required will have capacity limits removed completely.

However, the major changes will begin on March 1, as the province will lift all remaining capacity limits as well as proof of vaccination requirements.

Individual businesses, the government stressed, may continue to require patrons to show proof of vaccination. 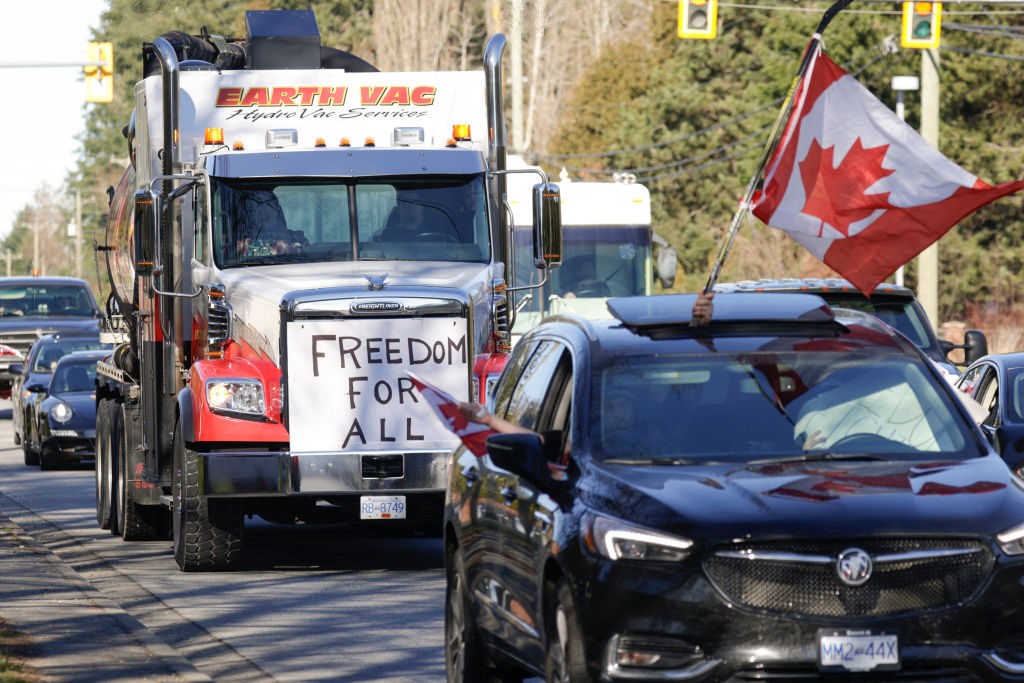 “Masking requirements will remain in place at this time, with a specific timeline to lift this measure to be communicated at a later date,” the press release reads.

“Thanks to the efforts of Ontarians to help blunt the transmission of Omicron, our health care indicators suggest a general improvement in the COVID-19 situation in the province,” Dr. Kieran Moore, Chief Medical Officer of Health, said in a statement.

“We are now in a position to lift more public health measures, but it is important to stay vigilant, as we don’t want to cause any further disruption to people’s everyday lives,” Moore continued. “We must continue to prevent the transmission of COVID-19 in our communities by following the measures in place and by vaccinating those who have not yet received their doses.” 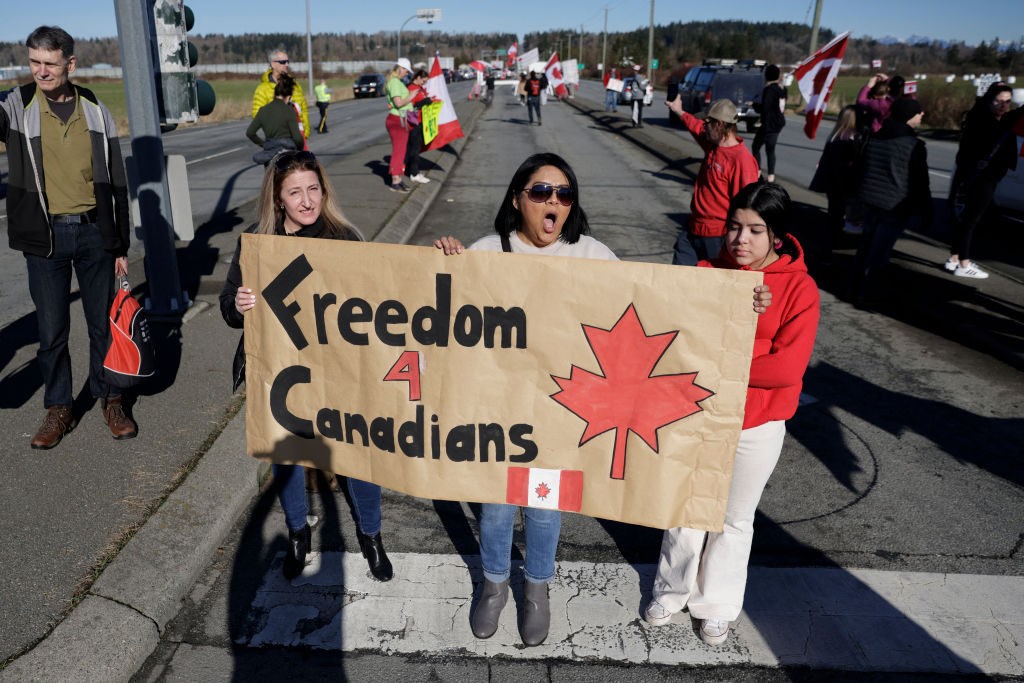 Demonstrators against Covid-19 vaccine mandates gather on Highway 15 near the Pacific Highway Border Crossing on the US-Canada border in Surrey, British Columbia, on February 12, 2022. (JASON REDMOND/AFP via Getty Images) 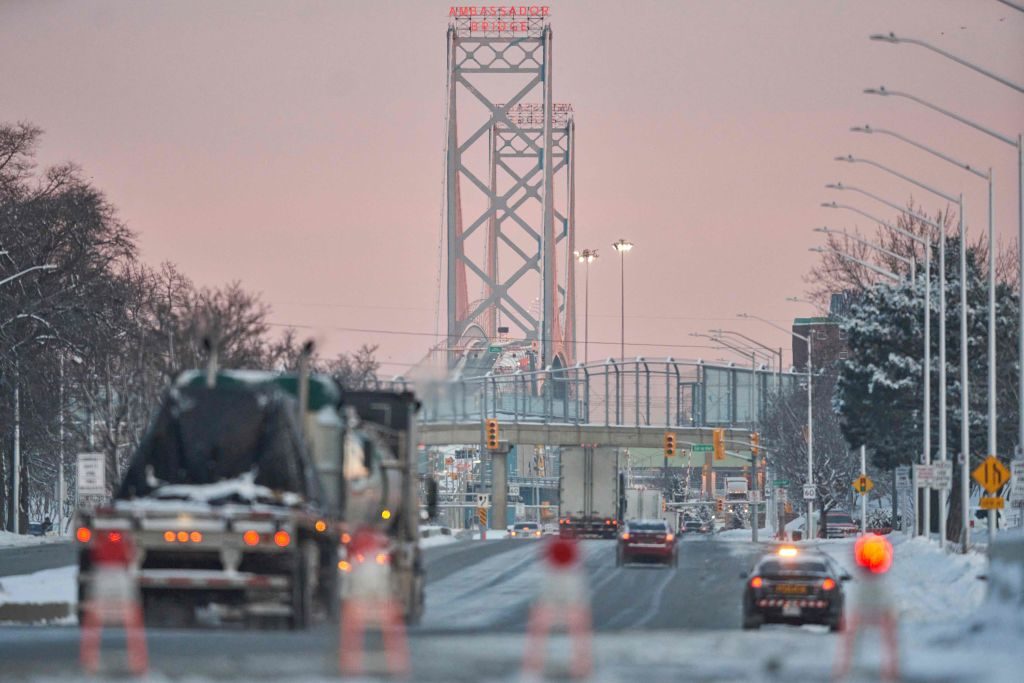 Trucks drive down the road towards the Ambassador Bridge border crossing in Windsor, Ontario on February 14, 2022. The border crossing reopened to traffic last night-the bridge was closed for almost a week after Anti-Covid 19 Vaccine Mandate “Freedom Convoy” protestors blocked the road. (GEOFF ROBINS/AFP via Getty Images)

Nowhere in the press release did the province mention the impact of the Canadian Freedom Convoy — the group of truckers protesting Canadian Prime Minister Justin Trudeau’s heavy-handed coronavirus mandates.

“We have freedom in our little community, and we have the Charter of Rights, and suddenly, all of that’s kind of thrown out the window, and we’re not free anymore. So that’s why we’re here, essentially,” Ryan, a truck driver from Manitoba, who drove into the nation’s capital to show his support, told Breitbart News last week.

On Friday, Ontario Premier Doug Ford announced he is imposing a “state of emergency” in response to the Freedom Convoy. According to CBC News, Trudeau is expected to “inform provinces he will invoke emergencies act to give the fed gov’t extra powers to deal w/ protests across country,” the outlet’s Travis Dhanraj reported:

#BREAKING: @CBCNews has learned PM @JustinTrudeau will inform provinces he will invoke emergencies act to give the fed gov't extra powers to deal w/ protests across country. But In a meeting w/ Liberal caucus he said there were no plans to deploy the military. #cdnpoli