A solid majority of Hispanic U.S. voters want to close the southern border until the epidemic of migrants streaming into the United States comes to an end, a poll from the Convention of States Action and the Trafalgar Group showed.

“The fact that a majority of American voters, including nearly two-thirds of Hispanic voters, want to take the drastic step of temporarily closing our southern border shows that Americans see the impending disaster we face if the border crisis goes unchecked,” Mark Meckler, president of Convention of States Action, said of the poll:

But while President Biden and Democratic leadership ignores our border agencies’ being stretched dangerously thin, the flow of sex trafficking and drugs continuing unchecked across our borders, and criminal cartels run amok — the American people are noticing, and will respond accordingly in November.

According to the poll, 27.2 percent say the border should not be closed, and 7.2 percent are not sure.

Other key findings of the poll include: 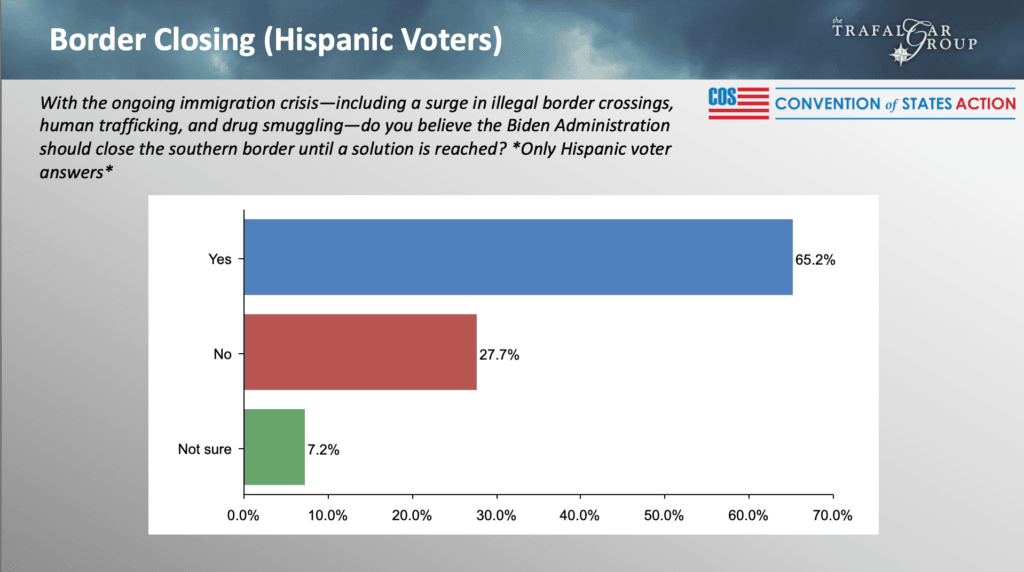 • Another majority of Americans, 55.8 percent, said on the same question that Biden should “close the southern border until a solution is reached.” 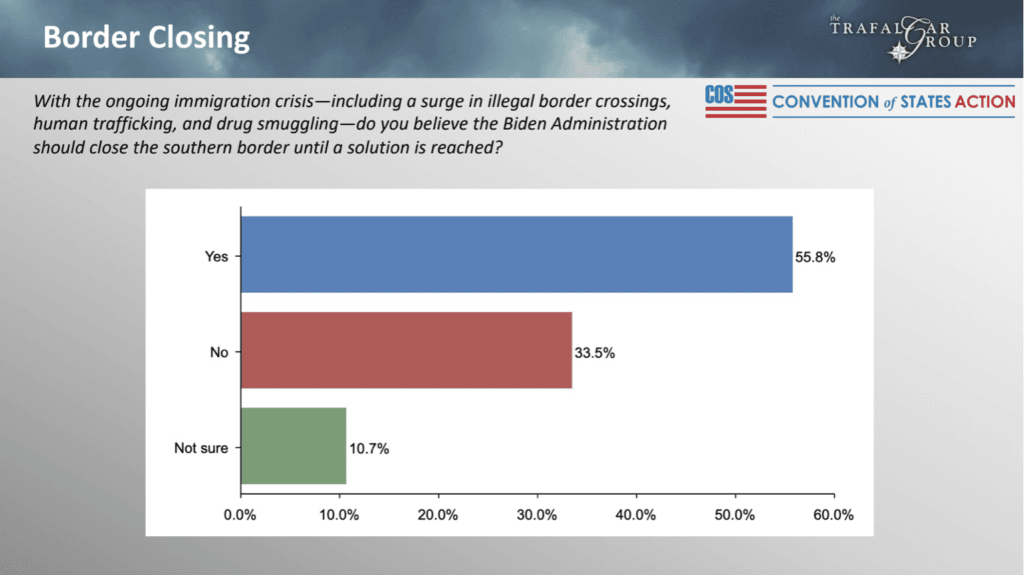 • 33.5 percent of American voters say Biden should not close the southern border and 10.7 percent are unsure.

The poll also asked people the same question, and then broke answers down by race those who want the border shut down — 57 percent of white voters, 39.1 percent of black voters, and 36.5 percent of Asian voters.

Sliced and diced along party lines — a majority of Independents (51.7 percent), a super majority of Republicans (89.2 percent), and Democrats’ open-borders policy showed through in the poll — just 22.3 percent of Democrats agreed.