Incumbent Rep. Henry Cuellar (D-TX) declared victory as socialist Jessica Cisneros would not concede yet in Tuesday’s runoff battle for the Democrat nomination for Texas’s 28th Congressional District after neither candidate got more than 50 percent of the vote needed to win the party’s nomination outright in March.

After Cuellar had a lead of 177 voters, he declared victory over the socialist in a tweet just before 1:00 a.m. ET, saying, “The votes are in, the margin will hold.”

“Tonight the 28th Congressional District spoke, and we witnessed our great Democratic system at work. The results are in, all the votes have been tallied- I am honored to have once again been reelected as the Democratic Nominee for Congress,” he added in a statement.

Cuellar noted that the primary was a “hard fought battle” that went into a runoff. Thanking supporters and his wife, he also mentioned the “steadfast support” from House Majority Whip Rep. James Clyburn (D-SC).

On the other hand, the socialist has yet to concede, with 95 percent of the votes in and losing 50.2 percent to 49.8 percent, according to the New York Times.

“Thank you to every single voter that came out to support our campaign for #TX28,” Cisneros wrote in a tweet. “This election is still too close to call, and we are still waiting for every ballot and eligible vote to be counted. This fight isn’t over.”

Thank you to every single voter that came out to support our campaign for #TX28.

This election is still too close to call, and we are still waiting for every ballot and eligible vote to be counted.

This fight isn't over. It was a blessed 29th birthday ❤ pic.twitter.com/B7vX8HDstm

Leading up to the run-off, Cisneros picked up many endorsements from Cuellar’s far-left colleagues, including the so-called Squad member Rep. Alexandria Ocasio-Cortez (D-NY), as well as Sen. Bernie Sanders (I-VT). 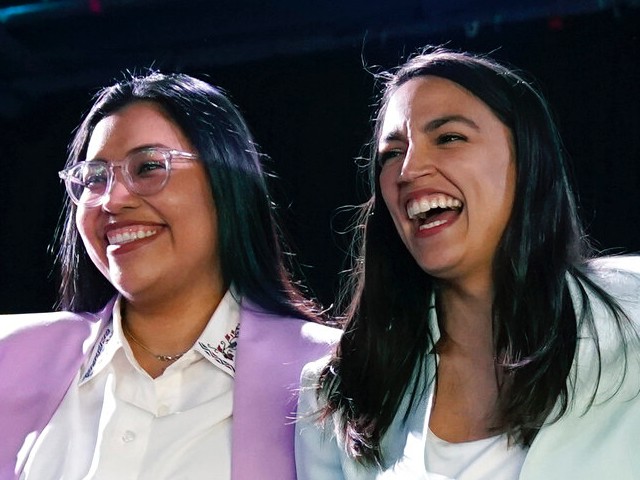 Over the past months, Cisneros was picking up far-left endorsements, and Cuellar was fending off attacks after receiving after having a “court-authorized” FBI raid of his house. He claimed that nothing was wrong and would cooperate with authorities in the investigation. But, it was only recently that Cuellar’s attorney claimed he was not the target of a federal investigation despite the home and office raid.

Additionally, in recent weeks, the political climate certainly did not help Cuellar. After the Politico story was released of a leaked draft Supreme Court opinion that would overturn the infamous pro-abortion case Roe v. Wade, abortion became a key component in the race. Due to the incumbent being one of the only anti-abortion Democrats remaining in Congress and Cisneros being pro-abortion

The Associated Press noted that this run-off could “offer clues” into how abortion rights may affect the midterms election. In recent weeks, Cuellar has come under attack as abortion rights groups have poured money and resources on the ground and the airwaves.

However, due to the run-off being announced when neither candidate received above the 50 percent threshold for the nomination, the University of Virginia’s Center for Politics, which keeps tabs on the vulnerability of congressional districts, moved the district from ‘likely Democrat” to “toss-up.”

While the district is still vulnerable, it creates an opportunity for a well-placed Republican to win, especially after the state went through a redistricting process.