South Dakota Governor Kristi Noem (R) has a warning for an ESPN host seeking to cancel Mt. Rushmore because he believes the monument is offensive.

Noem’s words of warning? “Not on my watch.”

On Saturday, the South Dakota Republican posted a message on Twitter warning “woke leftists” that the famed monument in the Black Hills was a tribute to four men who helped make America great, and wasn’t going anywhere.

“The four men on Mount Rushmore were amazing, flawed American leaders who helped make America what it is today — the greatest country the world has ever known,” Noem wrote. “To the woke leftists obsessed with attacking these leaders, I’ve got news for you: not on my watch.”

The four men on Mount Rushmore were amazing, flawed American leaders who helped make America what it is today — the greatest country the world has ever known.

To the woke leftists obsessed with attacking these leaders, I’ve got news for you: not on my watch. https://t.co/gSQfNlLlzb

Noem posted the message in response to ESPN NBA analyst Jalen Rose who, earlier this week, had called for social justice activists to rally to force the end of using the term “Mt. Rushmore” as a way to define greatness.

“I want to continue to challenge myself and to challenge you to do something,” Rose said in his Twitter video. “Can we retire using Mt. Rushmore?”

“That should be offensive to all of us, especially Native Americans,” Rose exclaimed.

Here's why using Mount Rushmore to define greatness should be retired immediately. pic.twitter.com/mtYYTtKFSa

Rose wants to see Mt. Rushmore canceled like the Washington Redskins and Cleveland Indians were canceled because, as e sees it, all of those names are “offensive.”

“The indigenous people, who were the first people here before Christopher Columbus,” Rose continued. “Their land was stolen from them when it was discovered that it contained gold.

“And 25 years later — to add insult to injury — four American presidents were put on what we call Mt Rushmore. On the top of the dead bodies that is buried right underneath,” he added. 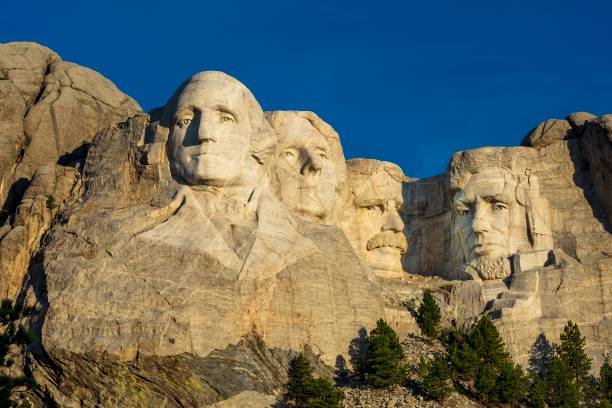 Governor Noem has been a fierce defender of the landmark located in her native state and has sought to use the monument as a place for patriotic activities. For example, despite repeated refusals from the Biden Administration, Noem has led the fight to allow firework displays at Mt. Rushmore on the 4th of July.

“We are not going to be able to host those fireworks this year at Mount Rushmore. I am suing [President] Joe Biden and the White House over not allowing us to move forward with that. The fact is that they’re violating federal law by not letting South Dakota celebrate our independence over that great monument,” Noem said on the Chad Prather Show.

Noem has served as South Dakota’s 33rd governor since 2019.