The Biden White House announced Friday a new weapons package worth $275 million is destined for Ukraine, bringing the total U.S. military aid to Kyiv to more than $18.5 billion since January 2021.

The move follows the European Union’s announcement of a plan of its own to stop the flow of arms from the Ukrainian conflict ending up in the hands of criminals in member states, as Breitbart News reported.

“Pursuant to a delegation of authority from the President, today I am authorizing our twenty-fourth drawdown of U.S. arms and equipment for Ukraine since August 2021,” Secretary of State Antony Blinken declared in the latest contribution to the conflict since the Russian invasion began on February 24, 2022.

The drawdown will boast weapons from the Pentagon’s own inventories, Blinken said.

He added, “We are also working to provide Ukraine with the air defense capabilities it needs with the two initial U.S.-provided NASAMS ready for delivery to Ukraine next month, and we are working with Allies and partners to enable delivery of their own air defense systems to Ukraine.”

The latest package, unlike the 23 others provided before by the U.S., will also comprise military satellite communication antennas to connect with Ukrainian troops if Russian forces attack civilian sites and infrastructure, the New York Post reported. 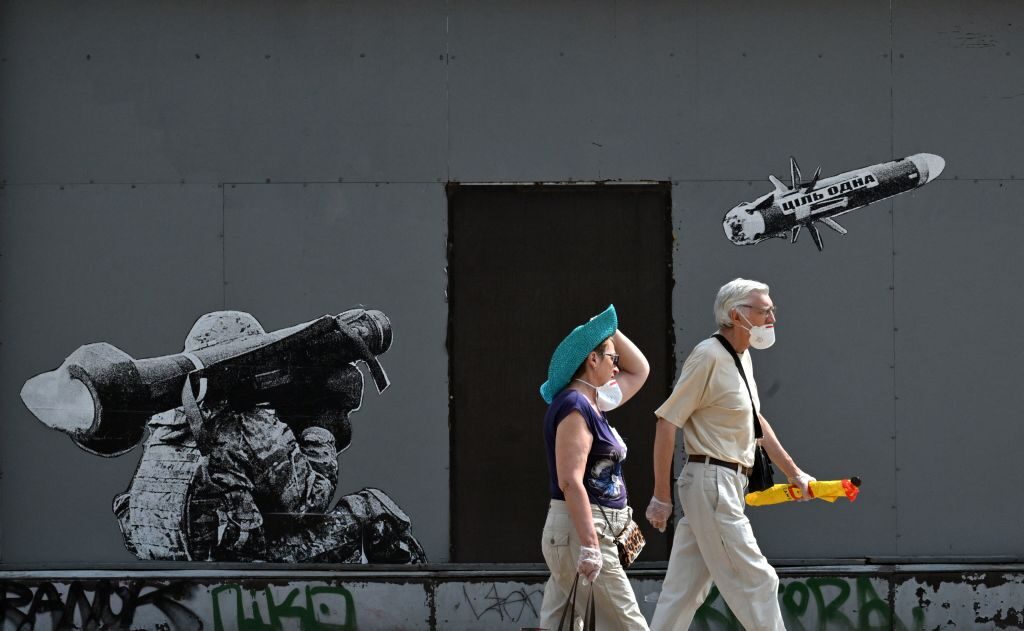 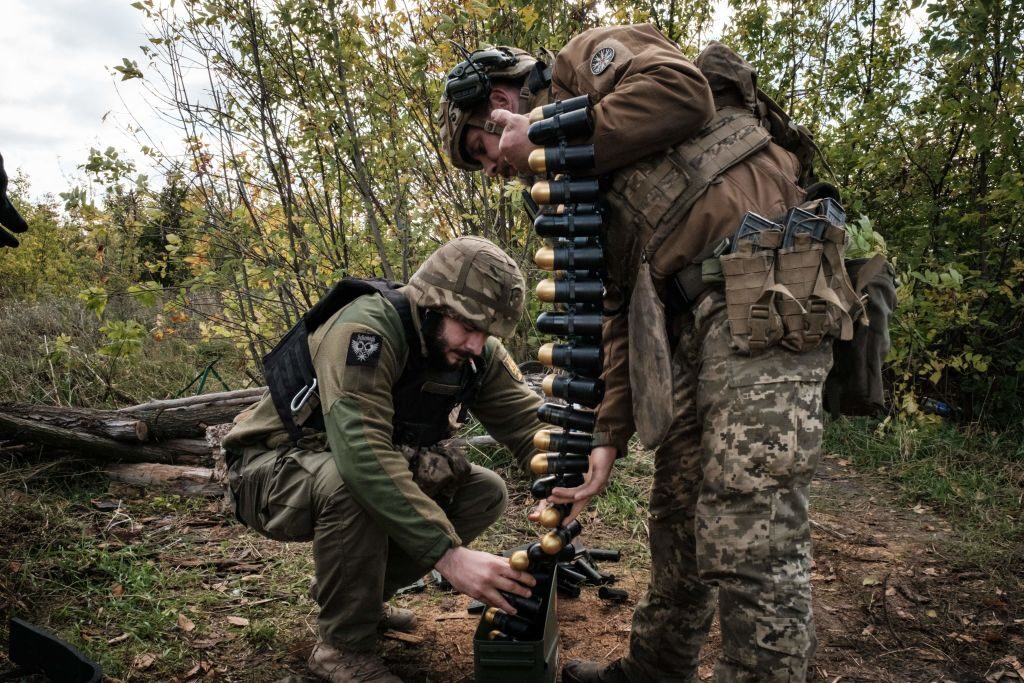 Soldiers of Ukraine’s 5th Regiment of Assault Infantry put ammunition into a crate before setting a U.S.-made MK-19 automatic grenade launcher towards Russian positions less than 800 metres away at a front line near Toretsk in the Donetsk region on October 12, 2022. ( YASUYOSHI CHIBA/AFP via Getty)

“I mean, we’re seeing Ukrainian infrastructure and electrical grids being targeted by the Russians and these antennas provide an additional capability on the ground at a critical time when Ukraine’s infrastructure has been hit,” she added.

AP reports U.S. officials have faced persistent questions from some members of Congress over how the administration is accounting for the billions of dollars in arms that have been sent to Ukraine over the past year.

But the administration had been reluctant to detail its work on that front due to concerns about the state of the conflict and fears it might tip off would-be smugglers to potential evasion techniques.

Miliary-grade weaponry including U.S. hardware in Ukraine is allegedly being sold on to international buyers via the messaging app Telegram. https://t.co/1TiV4gMCKl

“As in any conflict, we remain vigilant to the possibility that criminal and non-state actors may attempt to illicitly acquire weapons from sources in Ukraine, including members of the Russian military, during or following the conflict,” the State Department said in a statement. The departments of State, Defense and Commerce are all involved in the accounting process.

The boost in U.S. aid comes as Ukrainian forces are fighting to surround the southern city of Kherson, attacking Russia’s foothold on the west bank of the Dnieper River, which divides the region and the country.

Moscow-appointed authorities are reportedly abandoning the city, joining tens of thousands of residents who fled to other Russia-held areas.