A national poll released Wednesday shows that former President Donald J. Trump is the frontrunner for the 2024 Republican nomination over his potential primary opponents.

The Morning Consult/Politico poll sampled 849 registered voter respondents regarding who they would support in the potential 2024 primary field. Trump, who has officially announced his candidacy, drew 45 percent of their support, placing him 15 points ahead of Florida Gov. Ron DeSantis at 30 percent. No other Republican eclipsed double-digits. 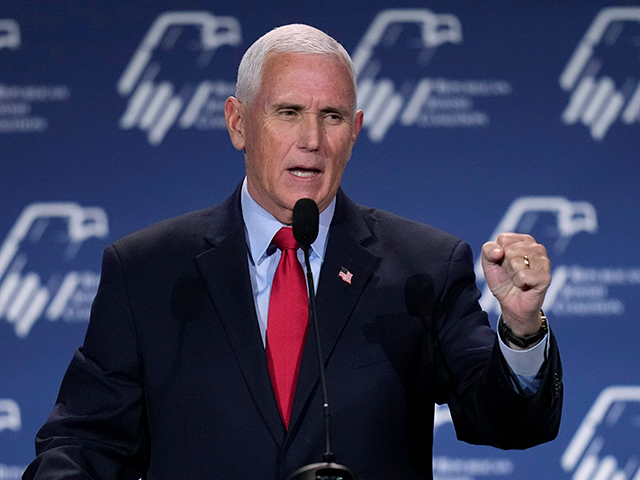 Wednesday’s survey follows another 2024 primary poll released by Emerson College Polling on Tuesday, showing Trump with a 30-point advantage over DeSantis among registered voters. Trump garnered 55.1 percent of the response to DeSantis’s 24.8 percent. No other candidate breached the ten percent threshold.

Both polls were conducted after Trump announced his 2024 candidacy last week at his Mar-a-Lago resort in Palm Beach, Florida, where he promised that America’s brightest days lie ahead. 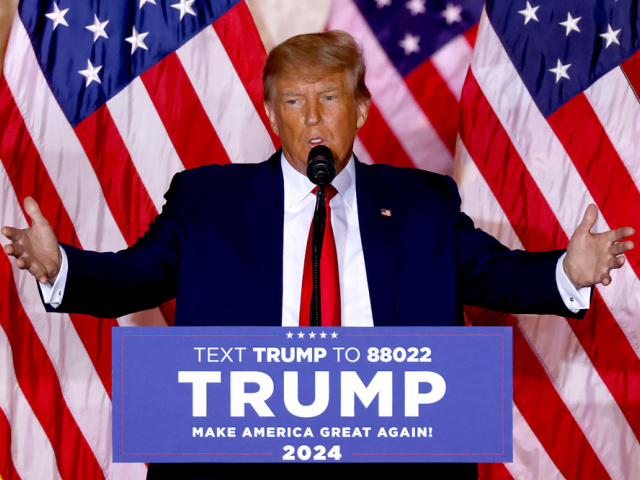 “If our movement remains united and confident, then we will shatter the forces of tyranny, and we will unleash the glories of liberty for ourselves and for our children and for generations yet to come,” Trump later promised. “America’s Golden Age is just ahead.”

Of the 2018 registered voters sampled in the poll, 72 percent believe the country is heading in the wrong direction. Of the respondents, only 42 percent either “somewhat approve” (24 percent) or “strongly approve” (18 percent) of Biden’s performance as president. Conversely, a majority of 55 percent of registered voters disapprove of Biden’s job as president, with a plurality of 39 percent “strongly” disapproving.

The poll sampled 2018 registered voters from November 18-20 and has a margin of error of plus or minus two percentage points.