House Judiciary Committee Republicans plan to call former FBI official Timothy Thibault in for questioning as part of their forthcoming investigation into alleged “abuse and misconduct” by senior officials at the agency.

Republicans on the committee sent a notice Friday to Thibault, obtained exclusively by Breitbart News, alerting Thibault of their plans after Thibault refused to comply with their request in September for the former agent to meet with the Republicans voluntarily.

“Your testimony is necessary for our oversight [of the Justice Department and FBI], and you can be assured that the Committee will continue to pursue this matter into the 118th Congress, including by compulsory process if necessary,” the Republicans warned in the notice.

Read the full notice to Thibault below:

The notice was sent by Rep. Jim Jordan (R-OH), ranking member of the committee, and Reps. Darrell Issa (R-CA) and Mike Johnson (R-LA).

Jordan, who is expected to chair the committee when the GOP takes the majority in January, has targeted Thibault since July when Jordan first revealed that a whistleblower had informed him Thibault had been pressuring FBI agents to inflate “domestic violent extremism” cases. 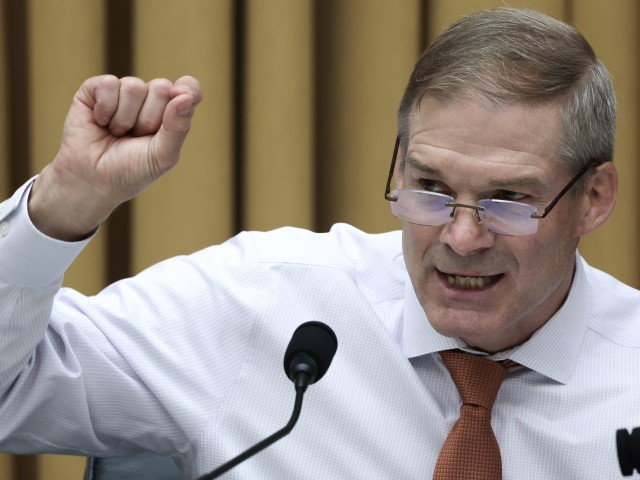 The revelation coincided with Sen. Chuck Grassley (R-IA) revealing Thibault had, according to whistleblowers, shut down a line of investigation into Hunter Biden in October 2020, weeks ahead of Joe Biden, Hunter’s father, running in a presidential election.

After these and other allegations raised questions about Thibault’s work at the FBI, Thibault resigned from the agency in August. He then retained legal counsel and claimed through his attorney he “voluntarily retired” and that he “was not fired, not forced to retire, and not asked to retire.”

In response to Jordan’s request that Thibault voluntarily meet with Republicans in September, Thibault’s attorney replied that Thibault could not honor the request because it related to “sensitive” information, according to a letter from the firm Morrison & Foerster dated October 7 and obtained by Breitbart News.

“Because the subject matter pertains to sensitive law enforcement information and/or pending investigations, our client is not in a position to accept this invitation at this juncture,” Morrison & Foerster attorney Charles Duross wrote on behalf of Thibault.

A senior GOP aide familiar with the matter told Breitbart News in a statement that Thibault has “quickly become Public Enemy No. 1 for Judiciary Committee Republicans.”

The aide said the committee, under Jordan’s anticipated leadership, is expected to resort to subpoenas or even a possible contempt referral should Thibault not comply with Republicans’ requests.

“If anything’s been made clear since Republicans won the majority, it’s that Chairman Jim Jordan is ready to use any tool necessary to force Thibault’s hand,” the aide said. “If that means subpoenas or even contempt, so be it. And good luck to Thibault. He’s going to need it.”

Duross wrote to the committee in his letter in October that he was “confident” that “any review of Mr. Thibault’s tenure at FBI will conclude that his supervision, leadership and decision making were consistent with the FBI’s highest standards for ethics and integrity.”

This latest notice to Thibault comes as part of a slate of notices Judiciary Committee Republicans have sent since winning the majority that lay out their investigation plans for next year. In addition to Thibault, the Republicans are targeting several current officials at agencies including the Justice Department, FBI, and Department of Homeland Security.