Qatar has been cooperating with the Iranian Revolutionary Guard Corps (IRGC) to ensure positive coverage for the Iranian regime by providing the names of fans who have purchased game tickets and by restricting the number of media outlets allowed to cover the games, according to a report.

Iran International, an outlet that frequently reports news critical of the Iranian regime, has revealed an audio recording in which they claim IRGC General Ghasem Ghoreyshi discussed with multiple media members about how to make sure Iran was presented in a positive way.

In the recording of the meeting, believed to have taken place on November 15, Ghoreyshi reportedly tells the group that “anti-revolutionaries” have purchased 5,300 tickets to the games. The general also claims that “our boys have checked the list of the ticket holders and at least 500 people” are documented opponents of the Iranian regime. 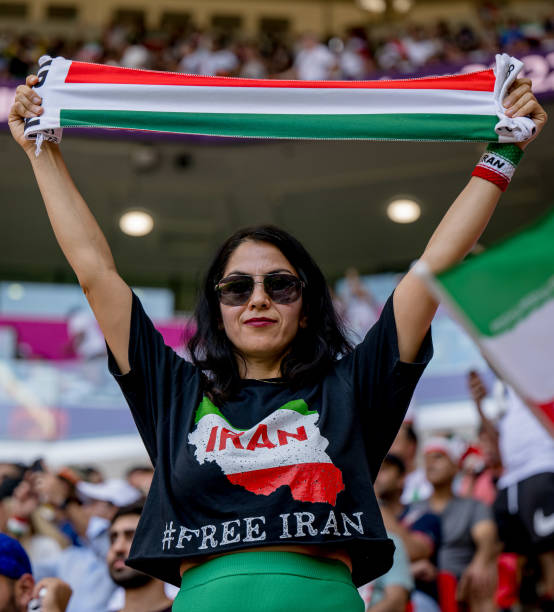 Qatar reportedly shared the list of Iranian fans who had purchased tickets with the IRGC. However, it doesn’t appear that the IRGC is entirely pleased with the level of cooperation they received from Iran. In the recording, Ghoreyshi claims that authorities in Qatar promised to cancel the ticket sales of fans the IRGC believed would be troublemakers. The general claims they provided Qatar with the list of names, but Qatari officials have not always followed through with the promised cancellations.

“Qatar has two different conducts with us – one is a positive response, and it has promised to do that [cancel tickets], but usually they don’t fully deliver,” Ghoreyshi explained. “They told us give us the names [of unwanted people], and we will solve the issue.”

Ghoreyshi also claims, in the recording, that Qatari officials had planned to confiscate any Iranian flag other than the official flag of the Iranian regime, with the symbol of the Islamic Republic in the center. The Qatari officials appear to have fulfilled this promise, as multiple Iranian flags with different variations of the official design were confiscated before and during Iran’s game against Wales last week.

Protests have raged across Iran since the death of 22-year-old Mahsa Amini (also known as Jina Amini). Amini reportedly died in police custody after being arrested for refusing to wear her hijab.

Before their World Cup matchup against England, the Iranian national team refused to sing their national anthem in solidarity with the protesters.

Ghoreyshi also admitted that Iran has paid fans friendly to the regime to attend the games.

Iran plays the United States on Tuesday at 2 PM EST.