President Joe Biden tried to send a signal to House Republicans during a White House meeting on Tuesday, warning them he could veto any bill he wanted to.

Biden revealed details of the meeting with House Minority Leader Kevin McCarthy and other Congressional leaders during a fundraiser in Boston on Friday. McCarthy may lead the new Congress as speaker after Republicans won the majority in the House of Representatives in the midterm elections.

“They were telling me what they could do, what they were going to do. And I said, ‘Yeah,'” Biden recalled, demonstrating that he responded to McCarthy by lifting up his pen and showing it to the room. 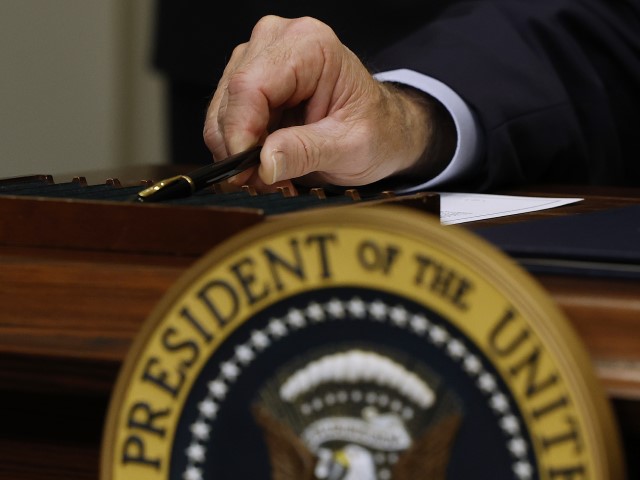 The president told Democrat donors his veto pen could “stop bad things” but admitted that “it can’t start them.”

Biden made his remarks at a fundraiser for Democrat Senator Raphael Warnock who faces a run-off election with Republican candidate Hershel Walker on Tuesday.

While Biden said he was pleased that Democrats were able to keep control of the Senate during the midterm elections, he said it would be important to add to the majority by reducing the power of more moderate Democrats like Sens. Joe Manchin (D-WV) and Kyrsten Sinema (D-AZ).

“When you have 50 senators, everyone is a president,” Biden said. “Everyone can make a judgment on what they want to do or not do and — and they can block whatever is coming up.” 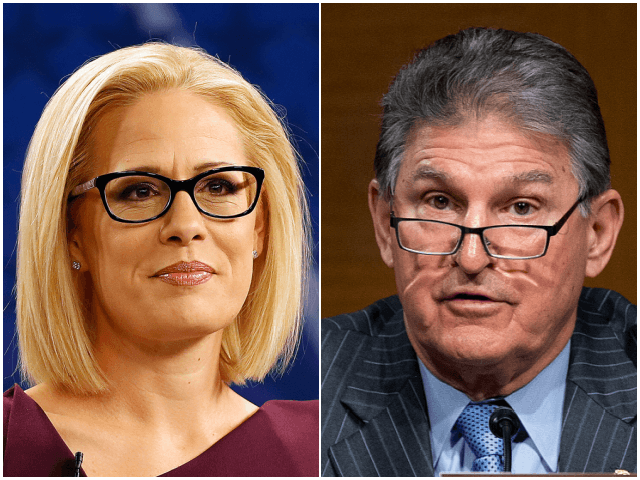