Three-year-old French bulldog Winston is a very good boy. So good in fact he carried off the Best in Show award at the 2022 National Dog Show on Thursday.

“I get excited every time and so does Winston,” Winston’s handler Perry Payson told UPI after the win was declared in Philadelphia before a packed house of onlookers and some 2,000 other canine competitors.

“The National Dog Show in Philadelphia with the television exposure on Thanksgiving Day is obviously special. We’ve had a lot of support and that’s what happens with a dog of this quality.” 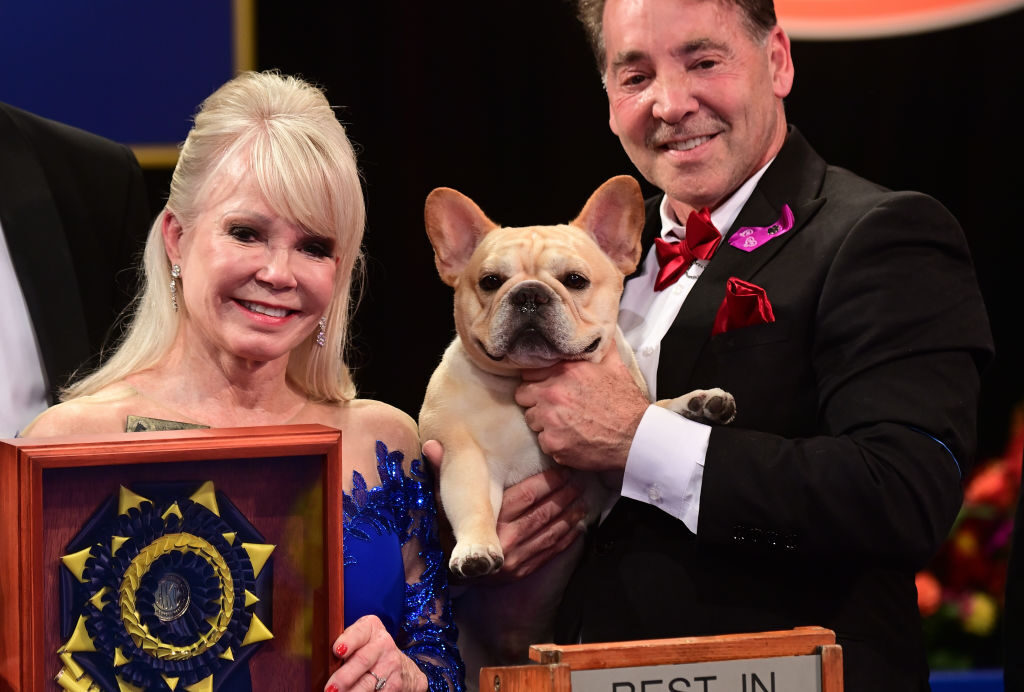 Perry Payson wins the National Dog Show with Winston, 3, a French Bulldog in Oaks, Pennsylvania. Nearly 2,000 dogs across 200 breeds are competing in the country’s most watched dog show, with 20 million spectators, televised on NBC directly after the Macy’s Thanksgiving Day Parade. (Photo by Mark Makela/Getty Images)

Winston has several owners, according to NPR, including NFL player Morgan Fox, a defensive end for the Los Angeles Chargers.

He helped raise Winston as a puppy. One of the show’s announcers quipped the small but muscular Winston “runs like a little linebacker.”

UPI reports John O’Hurley and David Frei returned to host the Kennel Club of Philadelphia event, which aired on NBC and livestreamed on Peacock, NBCSports.com and the NBC Sports app.

The competition was only stopped in 1928 and 1932 due to the Great Depression.

A bouncy, crowd-pleasing French Bulldog, Winston, was declared Best In Show at Philadelphia’s prestigious National Dog Show Presented by Purina, Thanksgiving Day. Winston has 78 Best In Shows in his career. Perry Payson of Bixby, Oklahoma, guided Winston to the win as handler. pic.twitter.com/8O6DFjAQi7

UPI report added Claire the Scottish Deerhound won Best in Show in 2021 and 2020, marking the first time in the event’s history that the same dog earned the honor two years running.

According to the American Kennel Club, French bulldogs are the second-most popular breed in the U.S., beat only by Labrador retrievers. Golden retrievers are the third most popular.

After the excitement of judging wound down, Winston was seen enjoying some celebratory treats served on a silver tray before heading home for a nap.