Jessica Vaugn, a former Playboy playmate, described her observations of lockdowns marketed as public health measures to combat the spread of coronavirus as a driver of her “red-pilling.”

“Red-pilling” is a modern expression — drawing on the 1999 science fiction film The Matrix — referring to a realization of deceptive narratives presented by entertainment, news media, political, and other ancillary institutions. It indicates a reversal of a prior acceptance of false narratives pushed by corrupted institutions.

Vaugn said her previous “mainstream slumber” was interrupted by a political awakening following her examination of lockdown decrees imposed by Gov. Gavin Newsom (D-CA) and other Golden State officials and politicians.

She recalled, “The COVID shutdown response from the government in Los Angeles, Gavin Newsom’s heavy-handed approach to dealing with COVID, and things just started to not line up for me. The government’s response and the way that they were tying it in with things like the ‘climate crisis’ excuses — and just all these things that seem to be tied to being forced to abdicate freedoms — that definitely pulled me out of my, what I like to call, ‘mainstream slumber.'”

“I was living my life, making art,” she continued. “I just wanted to enjoy my life and take pictures and cook and do the things that I like. I never thought, two years later, we would be having this conversation here and I would have these opinions. I was not always [like] this at all. This is not what I predicted for myself or my new interests.”

Vaugn recalled warnings she had received of the trajectory and consequences of left-wing political momentum from her family in previous years. 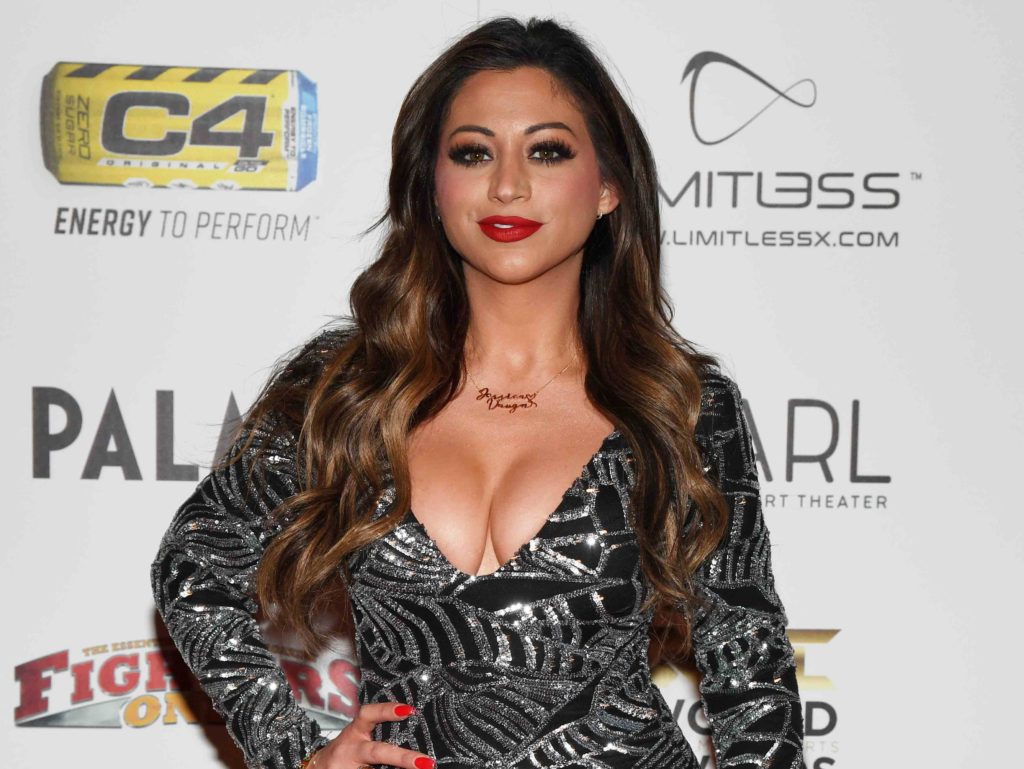 She remarked, “I grew up in Kansas with conservatives, despite never voting that way until rather recently, but everybody told me these problems with progressivism, these type of things, but I never had the eyes to look out into the world and actually see the problem with the policies taken to their farthest degree. When I was a teenager, I would listen to conservative radio with my parents, and they would make these great leaps as far as social consequences to things like redesigning marriage and normalizing certain kinds of things.”

Vaugn noted that family development is undermined by leftist “social policies” while highlighting declining rates of childrearing and marriage as examples.

“And yet, now I get to see on the other side of that: the decline of birth rates in America and all these social policies,” she reflected. “I’m 34 and not married. I didn’t want that for myself. It’s a consequence of choosing a lifestyle where I went to the big city and decided to pursue posing in magazines and making my life very me-centered, and there are real consequences to that in your personal life.”

My newest suggestion is Electric Dreams on Netflix.

Vaugn contrasted her current depth of political understanding with her previous political self in 2008 when she voted for then-presidential candidate Barack Obama.

“I guess I had a little bit of priming in my childhood as far as my upbringing goes that led me back to this point, but certainly just letting it all play out and seeing what I had been supporting — and in 2008 voting for Obama, like most people did in junior college around me. We couldn’t see,” she said. “We had no understanding of history [and] we certainly didn’t have a crystal ball to look into [the present] to understand what Obama’s fiscal policy led us to and [his] social policies and the consequences of that.”

Discussions with people hostile to the philosophical value of individual sovereignty further contributed to her “red-pilling,” Vaugn shared.

“So I suppose a part of my red-pilling is just the natural wisdom that comes with age and having some grasp of history, but also just watching everybody lose their mind,” she concluded. “These people will sit and argue with me in Los Angeles that we don’t have individual liberties, that there really is no self and no individual and to protect your individual liberties is somehow a selfish thing that you’re not really entitled to. I got to see what that looks like, getting railroaded over, so that is my explanation for my red-pilling.”