Hans von Spakovsky, manager of the Heritage Foundation’s Election Law Reform Initiative, senior legal fellow of the Meese Center for Legal and Judicial Studies, and author of Our Broken Elections: How the Left Changed the Way You Vote, told Breitbart News on Wednesday that Facebook CEO Mark Zuckerberg essentially merged Democrats’ get-out-the-vote operation and government election offices across the country ahead of 2020’s presidential election.

Zuckerberg spent more than $400 million on a “safe elections” project in 2020, ostensibly to reduce coronavirus transmission during voting. The operation included a push for mail-in ballots. 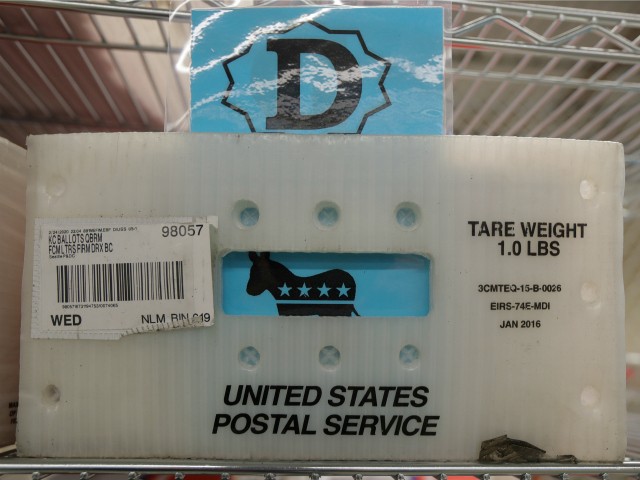 Von Spakovsky described how “Zuckerbucks” amounted to a circumvention of IRS limits on donations to political campaigns.

He remarked, “We have a whole chapter about Zuckerbucks, and that may have been the biggest factor, by far, in last year’s election because what they did — what Mark Zuckerberg and a few other little liberal donors — was they poured $450 million, not into Democratic campaigns directly. Instead, they basically cheated the IRS and the rest of us by giving the money to two small nonprofits. These are nonprofits that had million-dollar budgets before, and suddenly had $450 million, and they then gave these out in grants to election officials and election offices throughout the country.”

He added, “They would give token amounts, like $5,000, to Republican jurisdictions. The overwhelming amount of the money, in very huge allotments, was given to only heavily urban Democratic-controlled districts. In other words, the places where there are the most Democratic votes, and in essence, in many cases, they kind of took over local election offices.”

Von Spakovsky observed how Democrats frame their campaigns to remove election security regulations as efforts to reduce the spread of the coronavirus.

“Democrats “were trying to use COVID as excuse for all these changes they want to make that basically were destroying all the safety and security protocols that states have in place to try to authenticate the voting process,” he said.

“They used [the coronavirus] as an excuse for every change they wanted to make,” he emphasized. Democrats sought to end signature comparisons on absentee ballots via lawsuits by claiming such security measures threaten the lives of election officials, he recalled.

“[Elias] basically was the legal general of the left,” von Spakovsky noted. “He represents the Democratic National Committee [and] basically all of the Democratic Party organizations. … He is the one who engineered the unprecedented number of lawsuits that were filed last year to change the rules governing voting, and he’s constantly filing lawsuits trying to misuse the Voting Rights Act to claim that just [and] standard election rules are somehow racially discriminatory.

He concluded, “Elias is a smart guy. He’s been very effective, but he’s been effective, I think, in a way that has been very, very bad and very damaging of our democratic process.”