“I’m about to start a heterosexual rights movement,” the 31-year-old entertainer said on Instagram.

“Y’all fight so hard to be respected and SOME of you, NOT ALL get a kick out bullying people for having an option, how they dress, how their hair and or makeup looks, how much money they have, etc.,” she wrote.

“There are so many people afraid to give their honest opion [sic] because if they do the LGBTQ+ will hear what they want to hear and take statements out of context,” she added.

The rapper hastened to note that she is not anti-gay but feels obliged to speak out.

“I don’t have to prove myself by reminding people that I have loved ones of the LGBTQ+ Community,” she concluded. “When I speak I’m not trying to hurt anyone, I’m just speaking my truth, just like you all.” 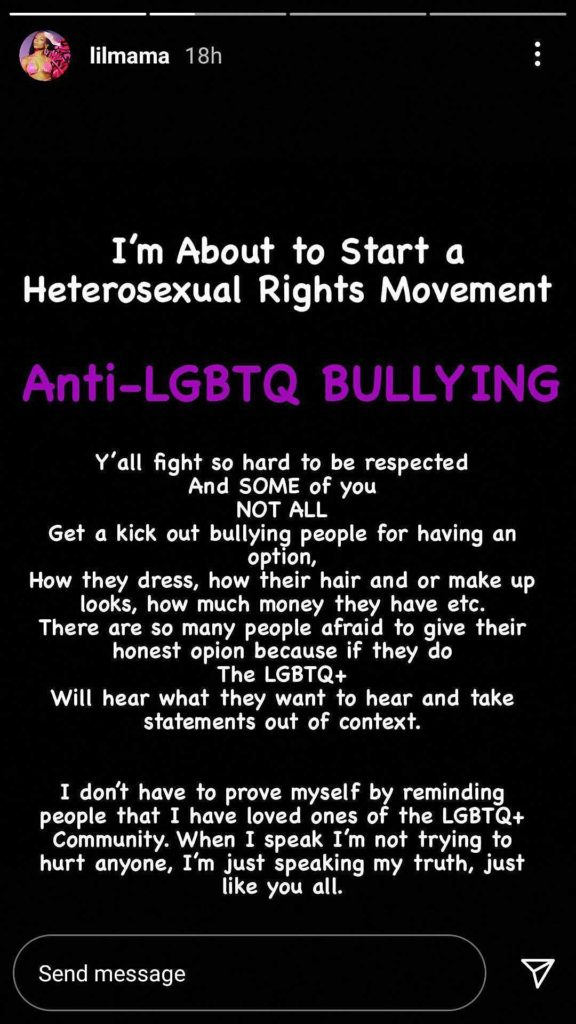 Lil Mama has been an outspoken adversary of medical interventions on children experiencing gender dysphoria. Two weeks ago, she retweeted a post insisting that children do not have the necessary maturity to undertake gender transition. 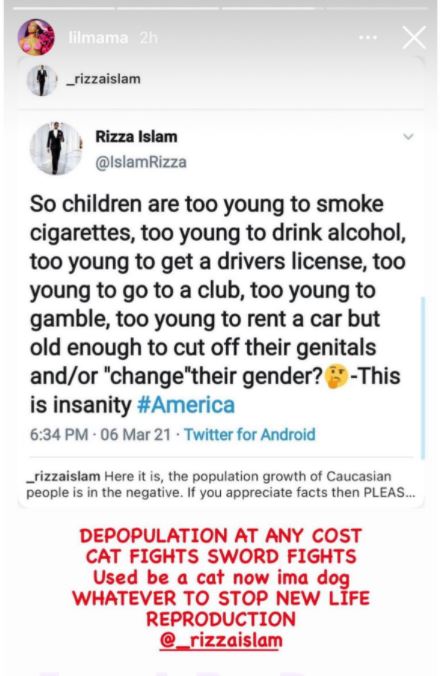