The fans could barely see the game through the fog.

Did you get the joke God (or perhaps Mother Nature or some other supernatural being with a sense of humor) played on the NFL Sunday night? The league’s 32 owners certainly did not.

The New England Patriots and the Atlanta Falcons competed in a thick fog on Sunday Night Football. The eldritch, October mist gave NBC cameramen and home viewers fits even if the surreal sight occasionally, and pleasantly, evoked New England patriot H.P Lovecraft more than New England patriot Walter Camp. With the traditional longshot showing all 22 guys that begins each play clearly displaying an unclear image to viewers, the network relied instead on an above-and-behind camera more familiar to videogame players than football watchers. In fact, last night, luckily for NBC, became the first night the network set up two such wire-hung cameras. They needed them.

The game, a 23-7 blowout of the Atlanta Falcons by the New England Patriots, played as an unsubtle, over-the-top metaphor for the National Football League. One could barely discern the action through the fog. 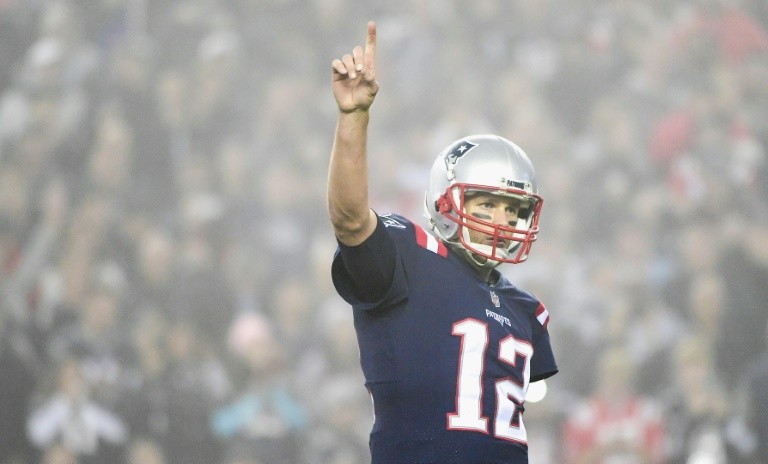 A league that fined Colin Kaepernick for wearing unapproved (read: non-sponsor) headphones insists it cannot punish players for disrespecting the flag. Instead of penalizing the malefactors, the NFL penalizes itself. They lost hundreds of millions of dollars in this fog.

Nineteen professional football players sat, knelt, or hid when the national anthem played at various games on Sunday. Fans saw that clearly. The exciting games? Fans washed their cars, went to church, took walks, and did other things that Americans do when football does not play on television. The owners remained blind to the pre-game games, adopting a Chip Diller “all is well” mantra.

Football fans emerged from a fog. The NFL’s owners remain in one.

And not even that fake, landlocked lighthouse, or the blaring foghorn, of Gillette Stadium can guide them back to shore.