Former Phillies and Blue Jays pitcher Roy Halladay was killed in a plane crash in the Gulf of Mexico. Halladay was 40 years old.

The Pasco County Sheriff’s Office has held a press conference to release the details of the incident. According to TMZ, the sheriff’s office did “confirm Roy was the only person aboard the ICON A5 light sport aircraft when it went down 10 miles west of St. Petersburg. 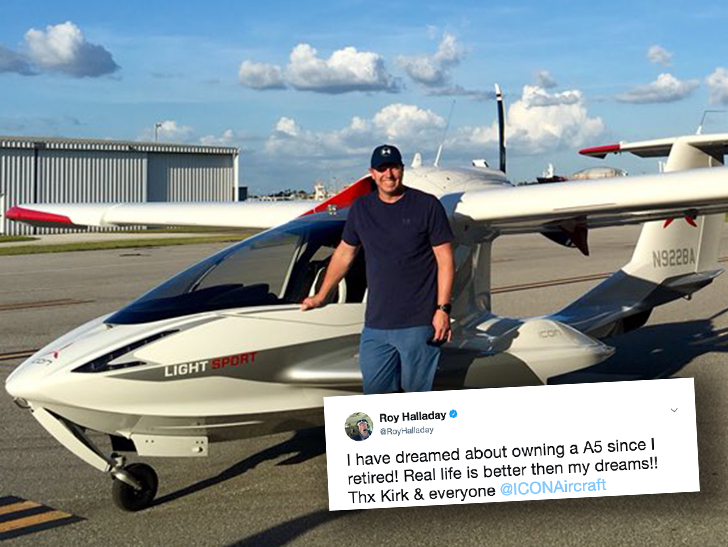 Halladay, one of only two pitchers to throw a no-hitter in the playoffs, was an 8-time All-Star with the Jays and Phillies. Among other career acomplishments, Halladay was a 2-time Cy Young award winner and once threw a perfect game. Halladay will be up for the Hall of Fame in 2019.

Twitter came alive in the moments after news of Halladay’s death became official, with fond memories and images from his great playing career:

On the day Roy Halladay retired, he said: “My goal is to try and leave baseball better than I found it." That's the essence of who he was.

Devastating news. Roy Halladay has passed away in a plane crash. He was 40. RIP Roy 🙏https://t.co/N8TiuvFLQA

Rest peacefully, Roy Halladay. And thank you for the joy you brought to so many. pic.twitter.com/9typljaPDR

Oct. 6, 2010 was one of the most magical days in Philadelphia sports history. Roy Halladay's greatness, as always, brought joy to so many. pic.twitter.com/uRwUGkU9PG

I'm devastated to hear the news of Roy Halladay's passing.

In honor of Doc, here's a supercut of his final double-digit strikeout game. pic.twitter.com/UrhYK0Twng