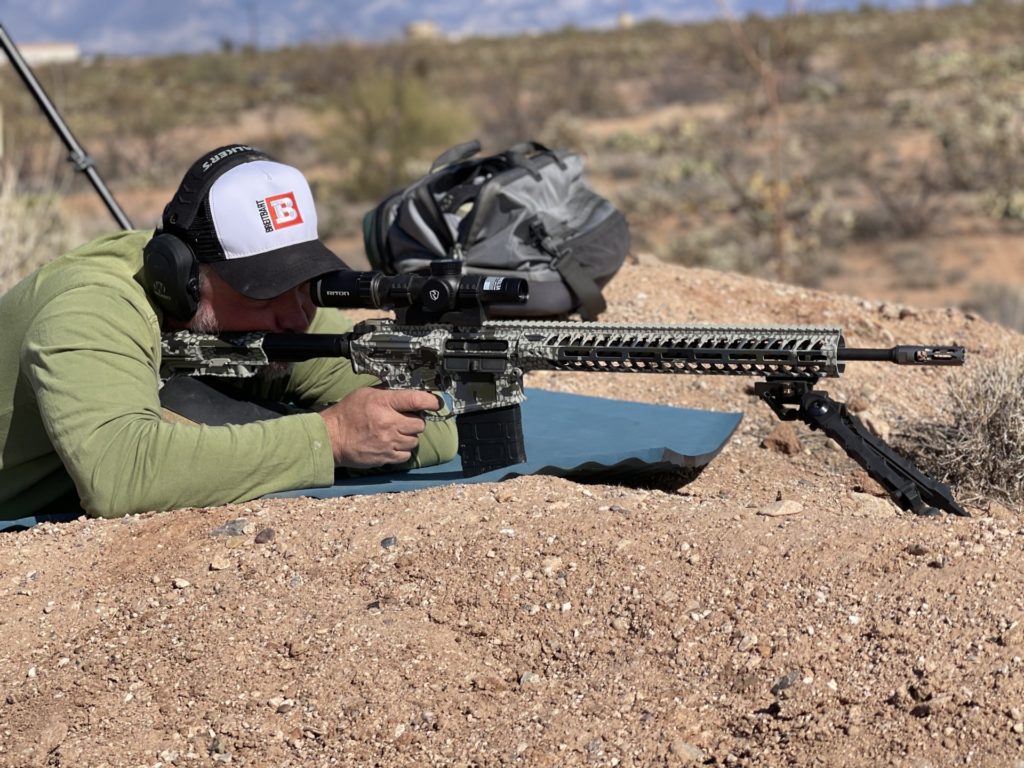 RITON is a veteran owned company and its products reflect fine military traditions of excellence.

And while the long range shooting is fun–and the X7 TACTIX is certainly up to the task–one of the scope’s strong suits is the illuminated reticle, which helps the hunter get on target when shooting against backgrounds riddled with flat, dull foliage.

The kind of foliage that one finds in the tall grass that covers the land in mid-Texas.

One other point–> The illuminated reticle also allows provides the added dimension of using the scope in close quarters, like a red dot, when such use is demanded.

The X7 TACTIX is waterproof and fog proof and comes with a lifetime warranty.

Moreover, RITON is a veteran owned company, which also focuses on employing former law enforcement personnel. Their products are intended to deliver the kind of accuracy needed on the battlefield or in precise SWAT maneuvers.