Rodgers shared his thoughts on his own vaccination status and that of his teammates while talking to reporters after practice on Thursday.

“Yeah, I’ve been immunized,” Rodgers said. He then spoke about the rest of the Packers roster, a patient bunch during Rodgers’ hiatus in Hawaii. “There’s guys on the team that haven’t been vaccinated. I think it’s a personal decision. I’m not going to judge those guys.” 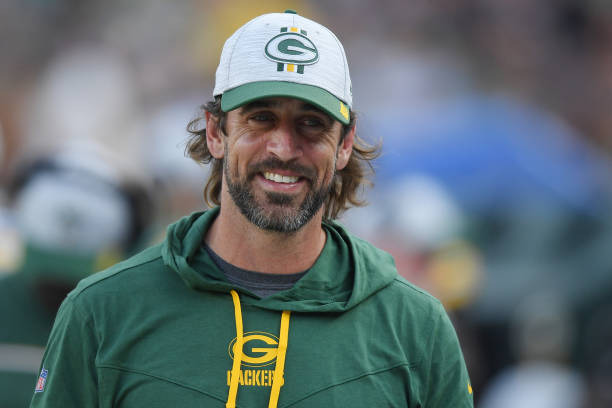 GREEN BAY, WISCONSIN – AUGUST 21: Aaron Rodgers #12 of the Green Bay Packers looks on in the second half against the New York Jets during a preseason game at Lambeau Field on August 21, 2021 in Green Bay, Wisconsin. (Photo by Quinn Harris/Getty Images)

Rodgers’ public backing of the unvaccinated comes at a time when the NFL has increasingly cracked down on players who violate the league’s Covid protocols.

On Thursday, Bills wide receiver Isaiah McKenzie shared a letter he received from the league for failing to wear a mask in the weight room.

They got me! @NFL you win! pic.twitter.com/Ewt498wmsy

The letter read in part:

For players like you who are not fully vaccinated against COVID-19, like you, your conduct is expressly prohibited by the Protocol. Again, your conduct potentially compromised not only your own safety, but also the safety of others, as well as the league’s ability to ensure that your club’s training camp is conducted in a safe matter.

As Breitbart’s Penny Starr reported, “Teammate Cole Beasley wasted little time chiming in on the league’s messy protocols, pleading for somebody (presumably the NFL) to ‘make it make sense.'” 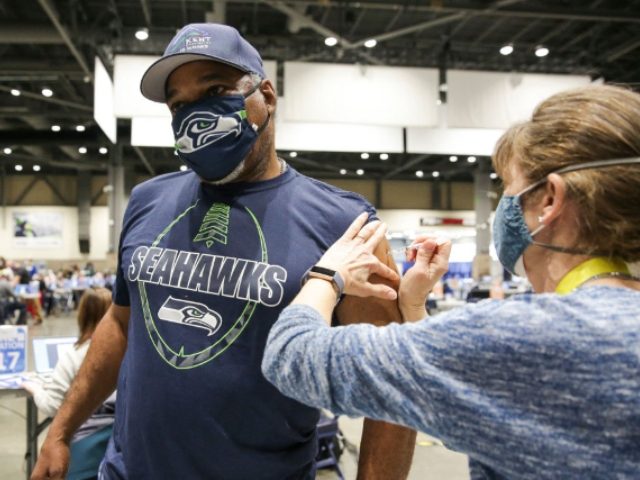 “Don’t worry they got me too,” Beasley wrote. “But I was wearing a mask when I was in close contact with fully vaxxed trainer who tested positive and still got sent home. So what’s the point of the mask anyways? Meanwhile I’m here still testing negative and can’t come back. Make it make sense.”

After a tumultuous offseason, Rodgers is back in Green & Gold and ready to lead the Pack: vaccinated and unvaccinated.