University of Alabama head football coach Nick Saban has co-signed a letter to West Virginia Senator Joe Manchin (D) to support the Freedom to Vote Act. However, the coach later stressed that he did not support killing the Senate’s 60-vote filibuster.

All of the letter’s signatories have robust West Virginia ties.

“We strongly support urgently needed legislation that will protect both the rights of voters and the integrity of outcomes in all Federal elections,” the letter states.

“The Freedom to Vote Act, which you sponsored with Committee Chair Senator Klobuchar and other colleagues, effectively addressed these goals,” the five told Manchin. “Now we also support your leadership in shaping legislation to secure our democracy by protecting election integrity, principled Presidential transitions and our national security during transitions.” 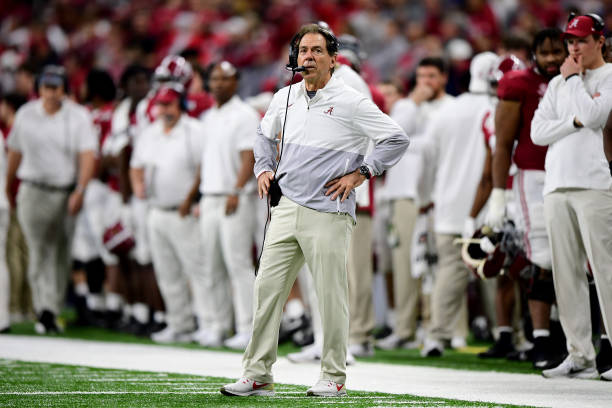 The letter added, “[D]emocracy is best when voting is open to everyone on a level playing field; the referees are neutral; at the end of the game the final score is respected and accepted.”

Saban’s support of the Freedom to Vote Act is unlikely to play well in his current state of residence, Alabama. The letter uses the same language Democrats have used to advance voting rights laws. Including a section that charges 20 states moving to “restrict voting access and allow local officials or state legislatures to interfere inappropriately with Federal election outcomes.”

Shortly after the letter was published on January 13th, CNN reported that coach Saban wanted to clarify that he did not support doing away with the Senate’s filibuster rule.

“Coach Saban is not in favor of getting rid of the filibuster in the Senate,” the coach’s clarification read. “He believes this will destroy the checks and balances we must have in our democracy.

“The others signing this letter take no position on this aspect of Senate policies.”

Democrats have been long on voting rights rhetoric but short on producing actual examples of legally eligible Americans – of any color – being denied the opportunity to vote. Nonetheless, congressional Democrats are forcing debate on a pair of election reform bills in Washington. Instead of observing the Senate’s longtime filibuster rules, Democrats are mounting an effort to vote the filibuster out and allow the bills to pass by majority vote.

Blocking that effort are Democrat Senators Joe Manchin and Kyrsten Sinema (D, AZ). In explaining her resistance to the rule change, Sinema said that removing the filibuster would fuel the “underlying disease of division” in American democracy. 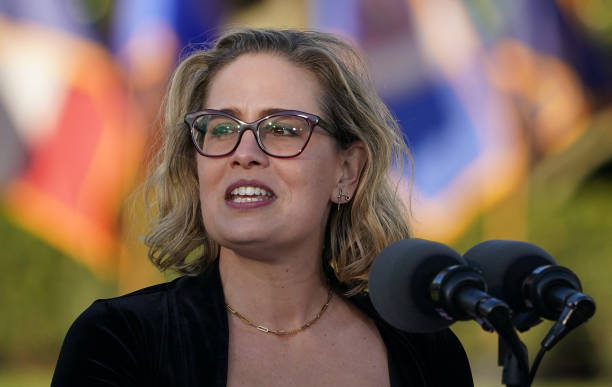 US Senator Kyrsten Sinema (D-AZ) speaks during a signing ceremony for H.R. 3684, the Infrastructure Investment and Jobs Act on the South Lawn of the White House in Washington, DC on November 15, 2021. (Photo by MANDEL NGAN / AFP) (Photo by MANDEL NGAN/AFP via Getty Images)

Given the Senate’s 50-50 split, any attempt to remove the filibuster would require their vote.

Originally from West Virginia, Saban knows Manchin well and gave him a personal endorsement during his 2018 re-election campaign. However, since then, the coach has strayed from voicing support for any politician. 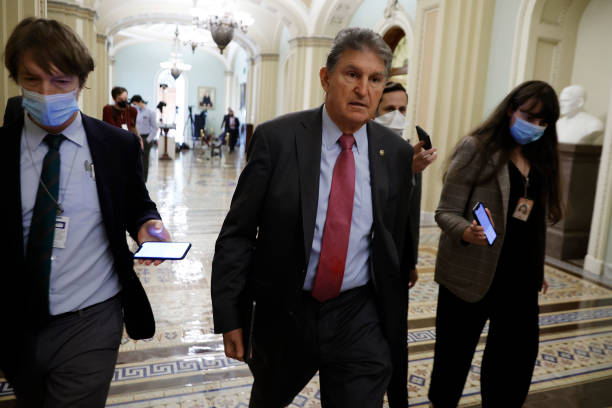 The coach has however become active in the social justice movement. In 2020, Saban took part in a Black Lives Matter march through the Alabama campus with his players and staff.