Several human rights groups have expressed their shock at the total silence from Olympic athletes about the genocide games being held in Beijing, China, this year and are calling for athletes to speak up for the oppressed.

For decades left-wing Olympics athletes have used the games to protest against perceived injustices. Still, with the 2022 Winter games being held in China — one of the most oppressive nations on earth — the protests have been strangely nonexistent.

In a Friday press conference, the activist group Human Rights Watch dubbed the 2022 Winter Games the “genocide Olympics” based on China’s defiant oppression and enslavement of its minority Uyghur population, The Hill reported.

“The 2022 Winter Olympics will be remembered as the genocide games,” said University of Chicago visiting professor and civil rights activist Teng Biao.

“The CCP’s purpose is to exactly turn the sports arena into a stage for political legitimacy and a tool to whitewash all those atrocities,” he said of China’s ruling political party. 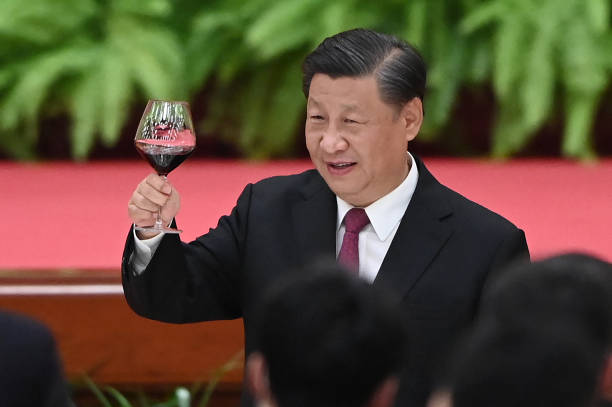 Chinese President Xi Jinping raises his glass after a speech by Premier Li Keqiang at a reception at the Great Hall of the People in Beijing on the eve of China’s National Day on September 30, 2021. (Photo by GREG BAKER/AFP via Getty Images)

At the same event, Lhadon Tethong, the Tibet Action Institute director, blasted the silence coming from this year’s cadre of Olympics athletes.

“Your silence is their strength. This is what they want more than anything: that the world will play by China’s rules, that we will follow China’s lead, that we will look away from these atrocities and crimes for the sake of business as usual,” Tethong said.

“I personally believe that you should use your platform and your privilege and this historic opportunity. You have to speak out against the wave of genocide,” Tethong added. 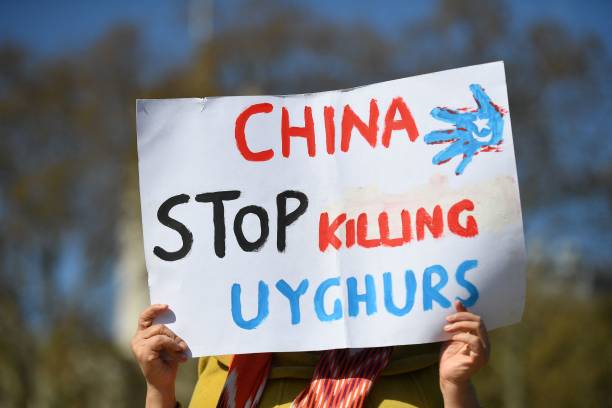 A member of the Uyghur community holds a placard as she joins a demonstration to call on the British parliament to vote to recognise alleged persecution of China’s Muslim minority Uyghur people as genocide and crimes against humanity in London on April 22, 2021. (Photo by JUSTIN TALLIS/AFP via Getty Images)

Indeed, athletes haven’t even protested China’s vow to openly spy on athletes, nor have any spoken out about the guidance received from their national Olympics committees to carry burner phones to thwart China’s attempt to spy on them while in Beijing.

Chinese authorities are so brazen about their plans to clamp down on the athletes’ free speech that they have even warned that there would be punishment for those who speak out against Chinese oppression.

Still, in the face of this clear oppression of free speech and threats to punish athletes, there seems to be complete silence coming out of the competitors. This is uncharacteristic compared to previous Olympics classes.

For instance, just last year, many Olympians were furiously working for “the right to protest” at the Tokyo games. More than 150 current and former Olympians signed a letter to the International Olympics Committee to ease up on restrictions on protests.

Individual athletes have also been vocal about their hatred — mainly for the U.S.A. Last August, Silver medal-winning U.S. shot putter Raven Saunders, for instance, held her arms over her head in an “X” purportedly in support of “all oppressed peoples” but aimed chiefly at the United States. 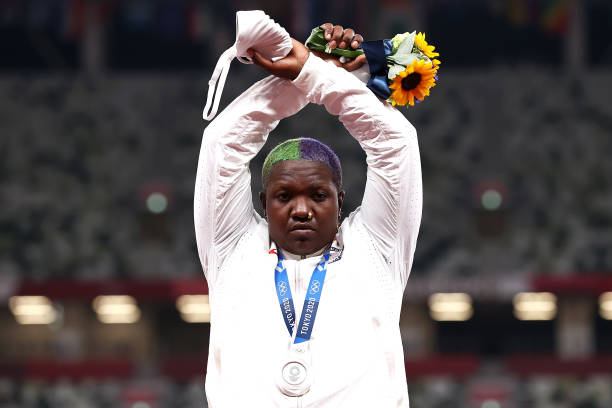 TOKYO, JAPAN – AUGUST 01: Raven Saunders of Team United States makes an ‘X’ gesture during the medal ceremony for the Women’s Shot Put on day nine of the Tokyo 2020 Olympic Games at Olympic Stadium on August 01, 2021, in Tokyo, Japan. (Photo by Ryan Pierse/Getty Images)

During the same games, U.S. Olympics hammer thrower Gwen Berry claimed that she intended to protest against the United States on the medal stand to “represent the oppressed peoples” if she won a medal in Tokyo. 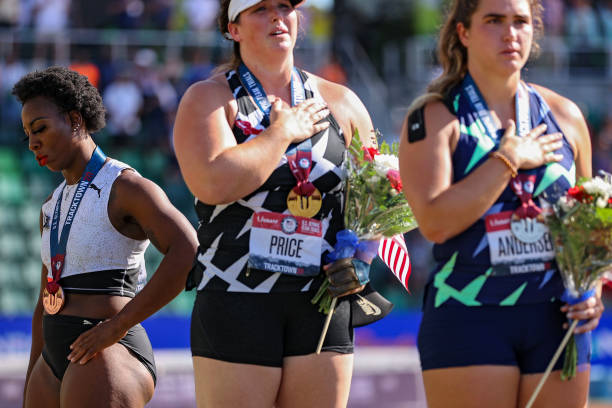 The above examples, though, are nothing new for the Olympics. Olympians have been protesting against America for decades. Protests go back all the way to the 60s when U.S. athletes Tommie Smith and John Carlos each raised a militant, anti-American black power fist during the playing of the national anthem at the 1968 games in Mexico City.

Sadly, it seems clear that these vocal athletes find it easy to attack the U.S.A., but in the face of a real oppressor, they cower in fear.