Former Virginia Tech football player Isimemen Etute was acquitted of murder in the beating death of a man who posed as a woman in a Tinder date gone wrong.

A jury in Virginia’s Montgomery County Circuit Court found the 19-year-old former player not guilty of a charge of second-degree murder in the beating death of 40-year-old Jerry Smith, Fox News reported.

Etute and the openly gay Smith hooked up through the online dating app Tinder, whereupon Smith reportedly performed oral sex on the then 18-year-old. But Etute later returned to the older man’s apartment and then flew into a rage because Etute says Smith misrepresented himself as a woman during their first meeting.

The ex-player said on the stand that when he found out his date was a man, he felt “violated.”

The prosecution argued that the stronger, larger ex-football player delivered a “brutal beating” to the older, 153-pound Smith. But Etute claimed he only punched him four of five times and kicked him once so he could get away from what he thought was an armed opponent. 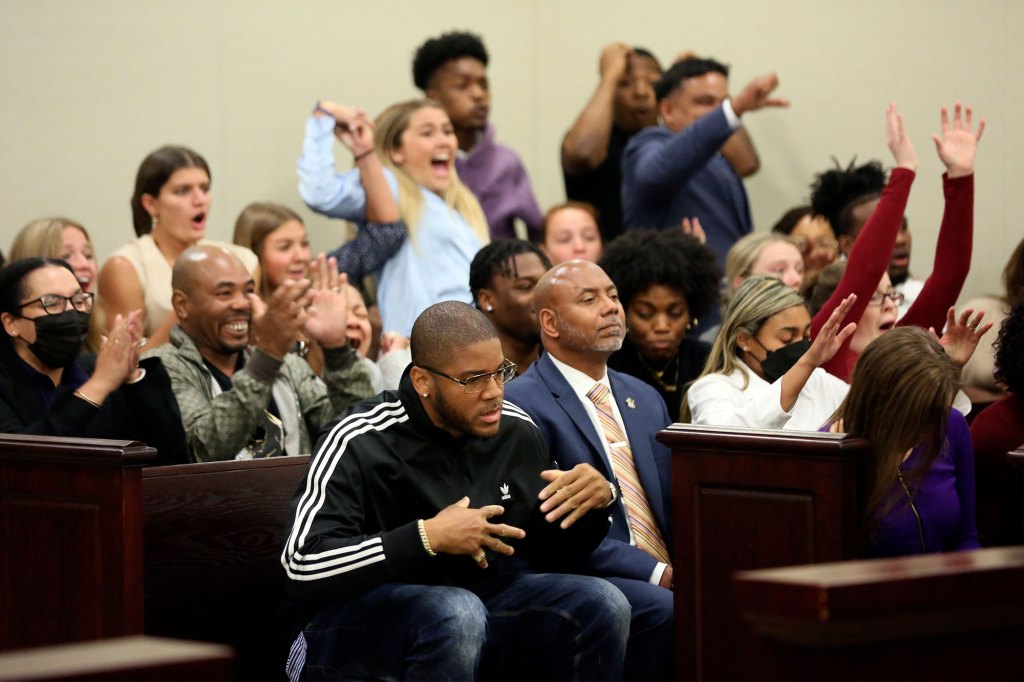 Etute testified that he resorted to violence when he thought Smith was reaching for a gun as they argued. While police did not find a gun in Smith’s apartment, they did find a knife under the man’s mattress.

Attorney Jimmy Turk argued that Etute acted in self-defense after being manipulated by the older man. Turk further argued that Smith was a “deceitful and dishonest man” who “defrauded young men for his own sexual gratification.”

Turk finished his argument by saying that Smith perpetrated a “wicked sexual ruse.”

Etute leaped to his feet and embraced his attorney when the verdict was read.