Sen. Amy Klobuchar claimed during Thursday’s Democrat debate that a magazine capacity ban would have saved lives during the El Paso shooting. 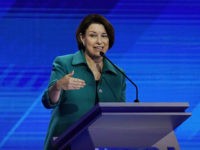 UCLA Professor Douglas Kellner argued in a recent interview for the university’s website that the First and Second Amendments are not “absolute,” and should be changing as society continues “growing and evolving.” The professor also blames President Donald Trump for school shootings. 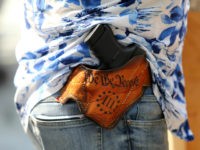 Recently released government data reveals that college officials are among the highest-paid public employees in Virginia. 80 percent of the state’s top earners work at a university or college. 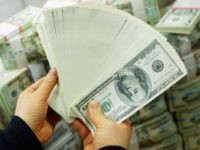 Poll: 64% of College Students Believe LGBT Discrimination Is a Problem on Campus

About two-thirds of college students see LGBT discrimination as an issue on campus, despite vast efforts by universities to promote “diversity” and “inclusion,” according to a recently released survey. 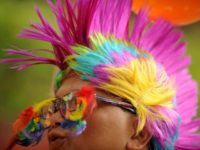 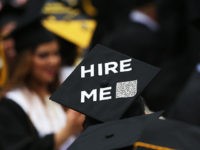 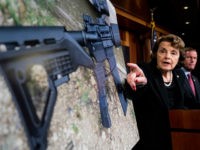 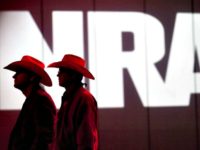 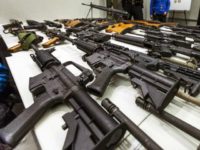 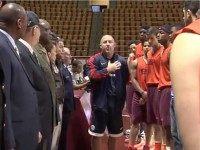 A lone activist showed up to protest the National Shooting Sports Foundation’s SHOT Show and Breitbart News asked him some questions. 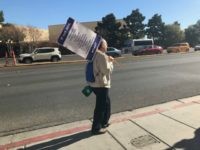 Professor: Kansas Must Keep Students Unarmed or It Will Lose Great Educators Like Me

On Friday, University of Kansas professor Jacob S. Dorman released an open letter of resignation in which he suggested Kansas must keep students unarmed or lose great educators like himself. 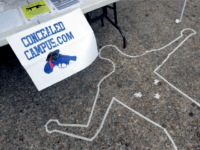 BLACKSBURG, Va. Virginia Tech is still uneasy after more than 100 leaflets with hand drawn swastikas were left on the lawn of the Jewish Student Center. Thousands came out to show support against this. 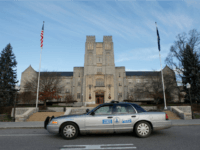 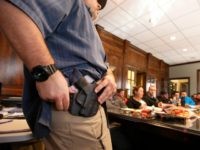 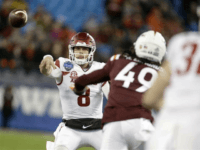 GREENSBORO, N.C. (AP) — The Atlantic Coast Conference has fined Louisville and Virginia Tech $25,000 each after reviewing the findings of a Wake Forest investigation that concluded a former Demon Deacons assistant coach-turned-broadcaster leaked game plans to opponents. 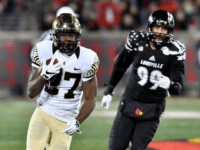 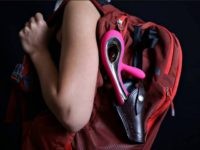 The NRA reminds voters Tim Kaine received an “F” rating for his refusal to defend the Second Amendment as political office holder. Kaine is responding by noting he’s proud to receive such a grade from the NRA. 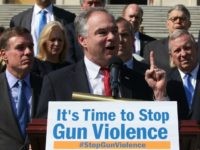 According to The College Fix, Roland is now a Ph.D. candidate in U.S. history at UT. He said the “worst situation is to have no defense back” when an attacker opens fire. Reflecting on the April 16, 2007 Virginia Tech attack–where 32 innocents were shot and killed in a gun-free zone–Roland said, “The police were not fast enough and 32 people died.” 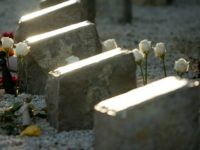 Virginia Tech head basketball coach Buzz Williams has noticed a trend among college athletes while the National Anthem plays before games. He has seen players swaying and generally not paying attention during the anthem, which made Williams want to teach his

University of Texas School of Architecture dean Frederick Steiner is leaving the university because of the new Campus Carry law that allow students with concealed carry licenses to have a gun with them for self-defense. 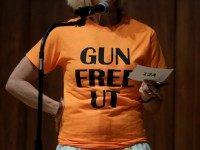 WAPO: Opponents of Tim Kaine’s Gun Control Want to ‘Cash in’ on Tragedy

On September 10, the Washington Post reported on Sen. Tim Kaine’s attempt to use the August 26 Virginia shootings as grounds for regulating private gun sales and claimed that this push is being opposed by those who want to “cash in” on tragedy. 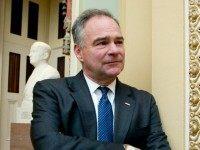 We ran the Value Add Sports calculations on all returning Virginia athletes and emailed 109 sports writers and other experts in the state to help rank the 20 state players to watch. 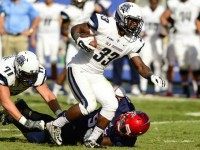