MSNBC’s Wagner: ‘Certain’ GOPers Really Mean ‘Rewinding the Clock on Social Progress’ When They Talk About Restoring US

MSNBC Analyst Alex Wagner argued that “certain people” in the GOP aren’t talking about economics when they talk about restoring the US, they really mean, “rewinding the clock on social progress” on Friday’s broadcast of HBO’s “Real Time.” Wagner said, 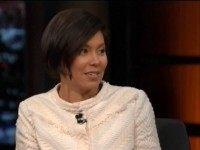 (Language Warning) While thanking her co-workers on her final episode of MSNBC’s “Now w/Alex Wagner,” host Alex Wagner swore as the lights went down one last time. Wagner said, “We love you. For one last time, that is all for now. 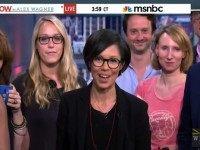 While speaking with comedian and actor Judah Friedland on her MSNBC show “Now with Alex Wagner,” host Alex Wagner reacted to a report that the U.S. Women’s National Team earned $2 million for winning the World Cup compared to the Germany Men’s 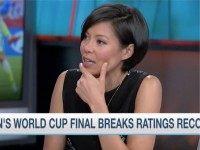 Three mainstream media journalists are showing their bias against the large field of Republican Presidential candidates. 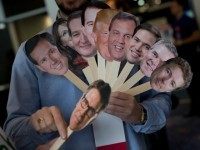 MSNBC’s Wagner: Hard For Clintons To Be Progressive While Making Big Bucks

MSNBC host Alex Wagner expressed confusion as to how Hillary Clinton could campaign as an anti-income inequality progressive while Bill Clinton makes thousands of dollars giving speeches on Monday’s “NOW.” Wagner said, “I don’t really understand how Hillary Clinton can 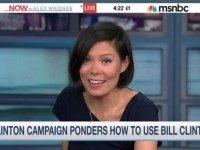 HBO host Bill Maher criticized Charlie Hebdo’s detractors as engaging in “the soft bigotry of low expectations” during a discussion on PEN giving an award to Charlie Hebdo and the shooting at the Mohammad Art Exhibit and Contest in Garland, TX 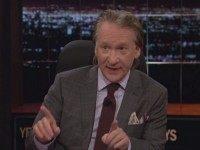 Thrush and Wagner: ‘Clinton Cash’ Has ‘A Lot of Legs’

MSNBC host Alex Wagner and POLITICO Chief Political Correspondent Glenn Thrush argued that the book “Clinton Cash” has “a lot of legs” on Tuesday’s “NOW.” After Thrush said that the book’s author Peter Schweizer accused the Clintons of leaking details of 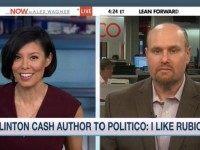 MSNBC host Alex Wagner said that President Obama, who she pointed out is “half-white,” is “doubling down” on calling rioters in Baltimore thugs on Wednesday’s “NOW.” Wager asked Salon contributor Brittney Cooper, “you bring up this point in your writing today 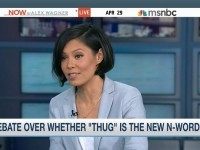 NBC’s “Meet the Press” host Chuck Todd said that the White House’s refusal to say ‘radical Islam’ “comes across as if they’re trying to be so politically correct that they’re losing focus on what the problem is,” although the debate 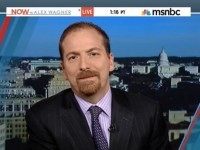 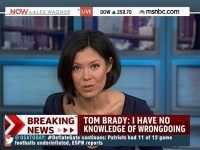 Obama Donor Who Made Racist Jindal Comment Booted from MSNBC

Arsalan Iftikhar, founder of TheMuslimGuy.com, a member of the Council on American-Islamic Relations (CAIR), and an Obama donor, won’t be invited back to MSNBC after his racist comments Monday about Louisiana Governor Bobby Jindal. Iftikhar accused the Republican Jindal of “trying to scrub some of the brown off his skin.” Iftikhar’s comments occurred on the MSNBC show “Now with Alex Wagner.” Host Wagner did not challenge the racist comments.

MSNBC’s Dyson: We Have to Retrain ‘White Brains,’ ‘White Souls’ on Race

Former Assistant Secretary of State for Public Affairs under President Obama, PJ Crowley, criticized “a lack of empathy on both sides” in the conflict between Israelis and Palestinians on Monday’s “Now with Alex Wagner” on MSNBC. “I don’t have a

On Thursday’s “NOW w/Alex Wagner” on MSNBC, host Alex Wagner and her guest Joy Reid, host of MSNBC’s “The Reid Report,” took aim at those criticizing the federal government and in particular President Barack Obama and his administration for their

Davis: "I Do Not Understand How Women Can Support" Abbott

AUSTIN, Texas — In an interview on MSNBC Monday afternoon, Texas State Senator Wendy Davis, the Democrat nominee for Governor, attacked Texas women who have refused to support her campaign. Host Alex Wagner remarked on the number of abortion clinics

President Obama has a busy Labor Day weekend planned as he leaves on Air Force One for New York later this afternoon.Once in New York, President Obama is scheduled to attend two Democratic National Committee fundraisers in the area at

Barack Obama might not be able to make it to the golf links on Saturday, he’ll be attending the wedding of his personal chef Sam Kass and MSNBC host Alex Wagner.Kass and Wagner, dubbed by Vogue the political “‘It-couple’ of

Wednesday on MSNBC’s “Now with Alex Wagner,” the former Gov. Bill Richardson (D-NM) said as a governor from a border state, he had to deal with “all this right-wing fear mongering” about “everything from diseases to terrorism” on illegal immigration.

Tuesday on MSNBC’s “NOW w/Alex Wagner,” Assistant to the President and Director of the Domestic Policy Council Cecilia Muñoz was grilled by host Alex Wagner over President Barack Obama’s “refusal” to visit the border and witness the humanitarian crisis first

La Raza (The Race) President Janet Murguia told MSNBC’s Alex Wagner that the residents of Murrieta protesting the arrival of three buses of illegal aliens was “appalling and outrageous.” Wagner, who hosts Now with Alex Wagner, on Wednesday led off the

MSNBC Host Mocks Tea Party as 'a Dog Off It's Leash'

MSNBC's Wagner: What Is Obama Going to Tell Americans Hurt By ObamaCare to Gain Political Advantage?

Right after MSNBC Host Alex Wagner announced breaking news of another ObamaCare delay by the administration that will allow people with so-called “junk plans” to stay on them for two more years, she conducted an interview with ObamaCare architect Dr

MSNBC's Alex Wagner: Obama Hasn't Articulated a Foreign Policy Because His Heart's Never Been in It

On MSNBC’s “NOW w/Alex Wagner” on Thursday, comedian Sarah Silverman teamed up with MSNBC regular Lizz Winstead to attack the conservative position on abortion. In a video released earlier in the week, Silverman had appeared with a “profanity-spouting” Jesus to

MSNBC: Little Sisters of the Poor a 'Threat to Obamacare'

MSNBC’s Alex Wagner has proclaimed the unassuming Catholic nuns of the Little Sisters of the Poor to be a “threat” to Obama and his takeover of our nation’s healthcare system. It was during the January 6 broadcast of Now With

On Friday’s “NOW w/Alex Wagner” on MSNBC, Georgetown professor and MSNBC contributor Michael Eric Dyson argued that the ‘Duck Dynasty’ phenomenon is part of a “majority white supremacist culture” that incubates hatred toward those who are different.  “The mythology is

Pelosi: Republicans Have 'Disrespect' For Women

Nancy Pelosi in an interview with MSNBC’s Alex Wagner discussing Republicans on issues that impact woman : “[It’s] disrespect, Whether it’s pay equity and raising the minimum wage, whether it’s paid sick leave, or whether it’s support for … child

Gibbs: 'Inexplicable' No One Fired over Obamacare Rollout

Former White House spokesman Robert Gibbs says it would be “inexplicable” if no one was fired for the botched rollout of healthcare.gov.Appearing on MSNBC Monday morning, Gibbs told host Alex Wagner that he expected one or more people to be

Appearing on Now with Alex Wagner on MSNBC, primetime host Chris Matthews explained that Tea Party use of the word “we” was racist, and that Tea Partiers presumably still counted black people as “three-fifths” of a person. The leg-tingling host