Tumblr, the digital hiding place for fifteen-year-old girls and their teenage angst, is commonly associated with social justice, third-wave feminism and fluorescent-dyed hair. It is a place regularly mocked by other online communities for its politically-correct stances and oversensitive reactions to anything remotely offensive. But something appears to be changing.

Tumblr is no longer the big like-minded and heavily inter-connected community it once was, and vastly different subcultures are growing on it. The “true crime community,” sometimes called “the TCC,” is a prime example.

The community that would’ve once been considered a niche now has a following of close to a thousand, and it shows no sign of stopping any time soon.

True Crime posters have favourite serial killers, mass murderers, or school shooters, and dedicate their entire blog as a shrine to the favourite, complete with crime scene photos, fan art, edits, and quotes. 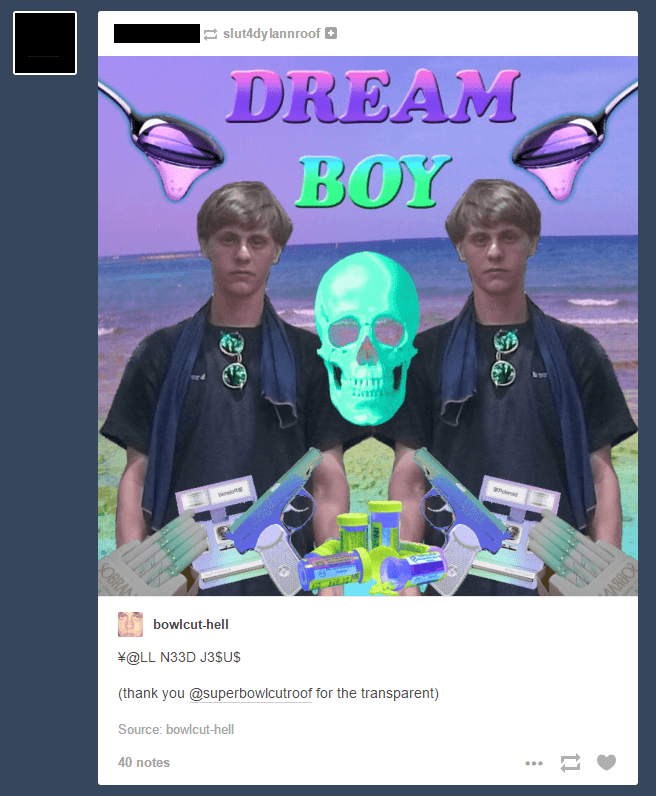 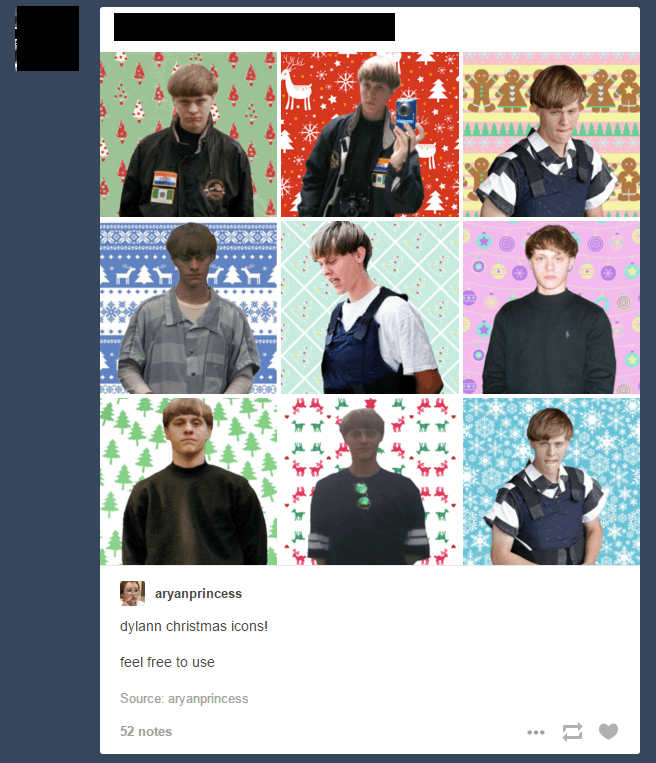 Roofies are easily identifiable by their usernames, which often incorporate either Roof’s name, or ‘bowlcut’; a reference to the shooter’s infamous hairstyle. Despite already being something of a niche, roofies are even further segmented. ‘Newfies’ frequently war with the original Roofies, or ‘OG’s’, and there are frequent spats between the two. 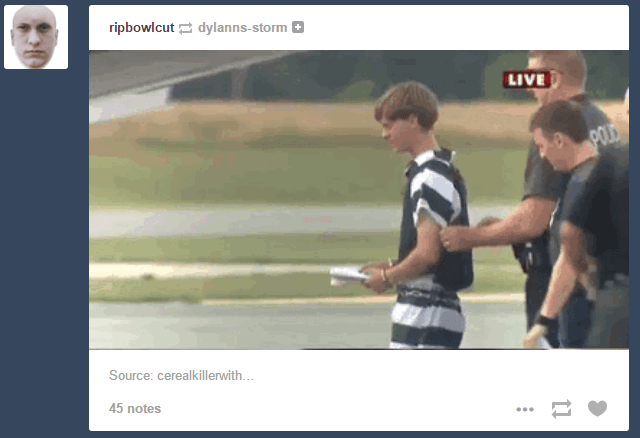 It is a strange sight, and one that would make even the most notoriously edgy users of 4chan and 8chan do a confused and disturbed double take.

I reached out to a prominent roofie who wished to remain anonymous. “I know a bit about the newfies and the OG’s. The newfies are the new roofies and the OG’s are the roofies that’ve been here since the start of this case which would be June of this year.

It is not just the newfies and the OGs that frequently battle through posts and anonymous questions to each other. There are racial roofies: roofies that support and follow the white supremacist views of Dylann Roof, who frequently war with the non-racial roofies: roofies that tend to attach themselves to the shooter for other reasons, including obsession to the case, or simply “edge-factor.” The TCC also regularly battles ‘SJW’ blogs, who usually post about the TCC blogs in distaste for their obsessions.

But despite the war between blogs, this disturbing corner of the internet is what you’d call inclusive and supportive. Like-minded bloggers often leave words of encouragement on posts that indicate depression or sadness, and many users tend to care for and defend each other from opposing blogs and trolls. 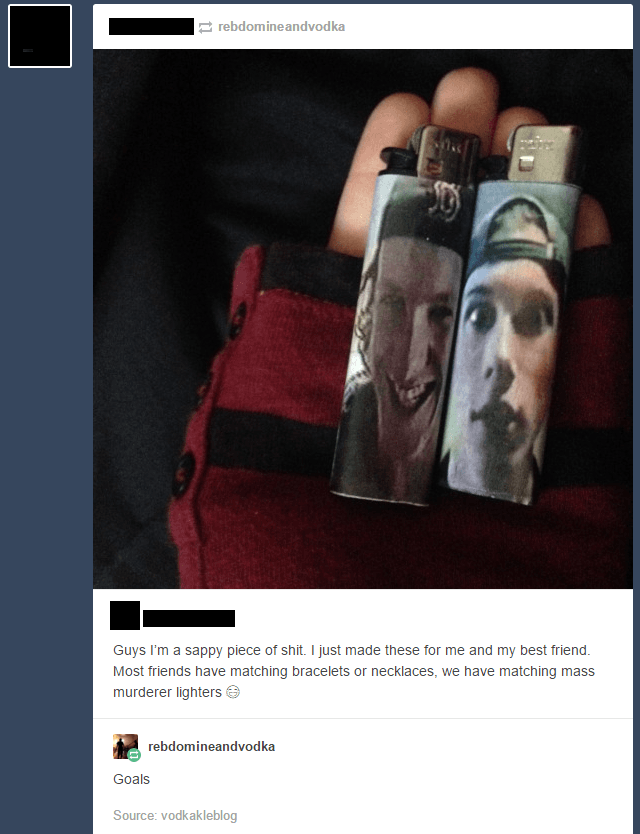 The community is a hive for the self-absorbed and ‘nobody understands me’-style teens who use the community mainly as a place to let off steam, teenage angst, and ego: in amongst serial-killer related content you will usually find selfies made by the typically 15-17 year old teenage girls, and sappy statuses about love, breakups, envy, and depression.

In other words, it appears to be a fairly harmless group of like-minded teens who feel the need to express themselves in what is an admittedly bizarre manner. It’s youth subcultures like this which are often mistaken by lazy mainstream reporters as evidence of widespread “internet white supremacy.”

What my research uncovered was a largely benign community brought together by a love of “edgelording,” or being provocatively outrageous for its own sake.

More often than not, as in the case of Roofies and the TCC, it’s just lonely kids looking to bond with others over outrageous or shocking ideas – just as young people do in real life. At least on the internet they’re not getting into drugs or getting pregnant – even if their preoccupations can sometimes appear shocking at first glance. 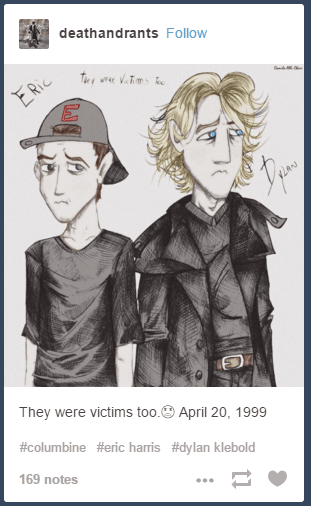