Breitbart News was the most engaged political publisher on Instagram for September, according to a report by NewsWhip. 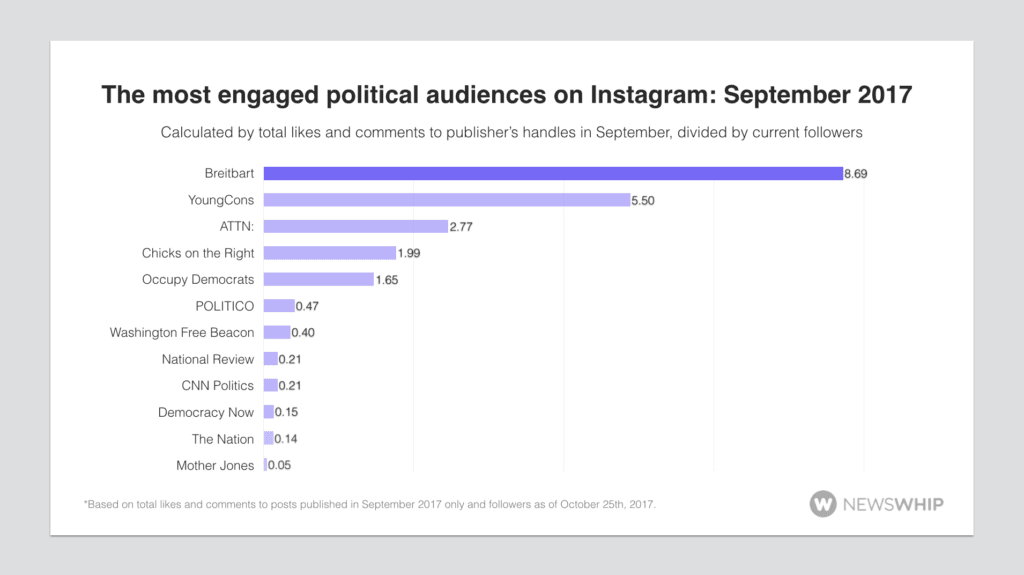 “Looking at publishers with a political focus, we can see that those with a more conservative or more liberal view tend to perform better than ‘middle of the road’ political publishers, like CNN Politics,” explained NewsWhip.

“Congratulations to our best-in-class social media team and thank you to our loyal readers and fans for sharing our content!” Breitbart News Editor-in-Chief Alex Marlow declared in response to the news.

In August, NewsWhip ranked Breitbart News as the 13th most popular Facebook publisher in the world, beating the Guardian, CBS, and The Hill, while on election day, Breitbart News beat the New York Times, CNN, and Fox News for total Facebook engagement.