Apple, Google, Facebook, and Twitter must face a lawsuit brought in the D.C. Circuit Court of Appeals accusing the companies of deliberately censoring conservative viewpoints and violating the First Amendment.

The $1.5 billion lawsuit, brought by Republican congressional primary candidate Laura Loomer (R) and conservative organization Freedom Watch, accuses the tech companies of being quasi-state actors, and thus in violation of the First Amendment when they suppress protected speech.

Many of the principles set forth by the Supreme Court in Packingham lead to what appellants believe is the natural progression of the law to hold that social media companies are liable for First Amendment violations, given the progression of technology and its infiltration into the daily lives of nearly every single person,” the pair said in their final brief.

Freedom Watch argues that its growth on Google-owned YouTube has been deliberately suppressed by the tech giant in the wake of Donald Trump’s election as President.

Oral arguments in the case were set to be heard later this month, but have now been postponed along with all other oral arguments due to the Chinese virus pandemic. 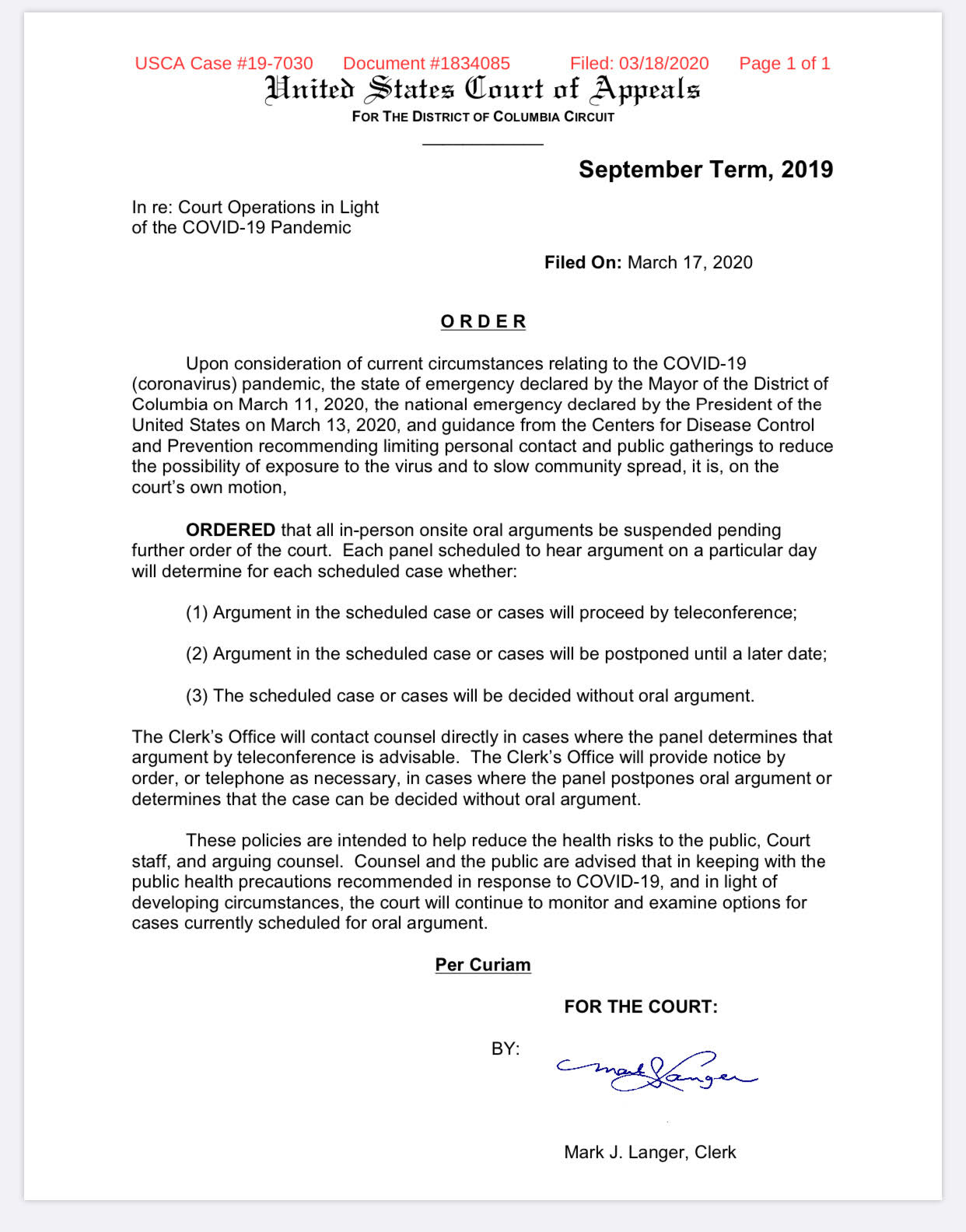 In a letter, the D.C. circuit court said that in order to contain potential health risks arising from the virus, all in-person oral arguments have been suspended, and that oral arguments will either be heard by teleconference, postponed until a later date, or canceled altogether.