Far-left Twitter, which has refused to take down posts on its platform coordinating looting in American cities, as well as posts encouraging riots and violence, has now censored conservative author and commentator Michelle Malkin for supporting the use of force against violent criminals.

“In case I wasn’t clear: violent criminal looters should be shot,” said Malkin in a tweet posted on May 29. 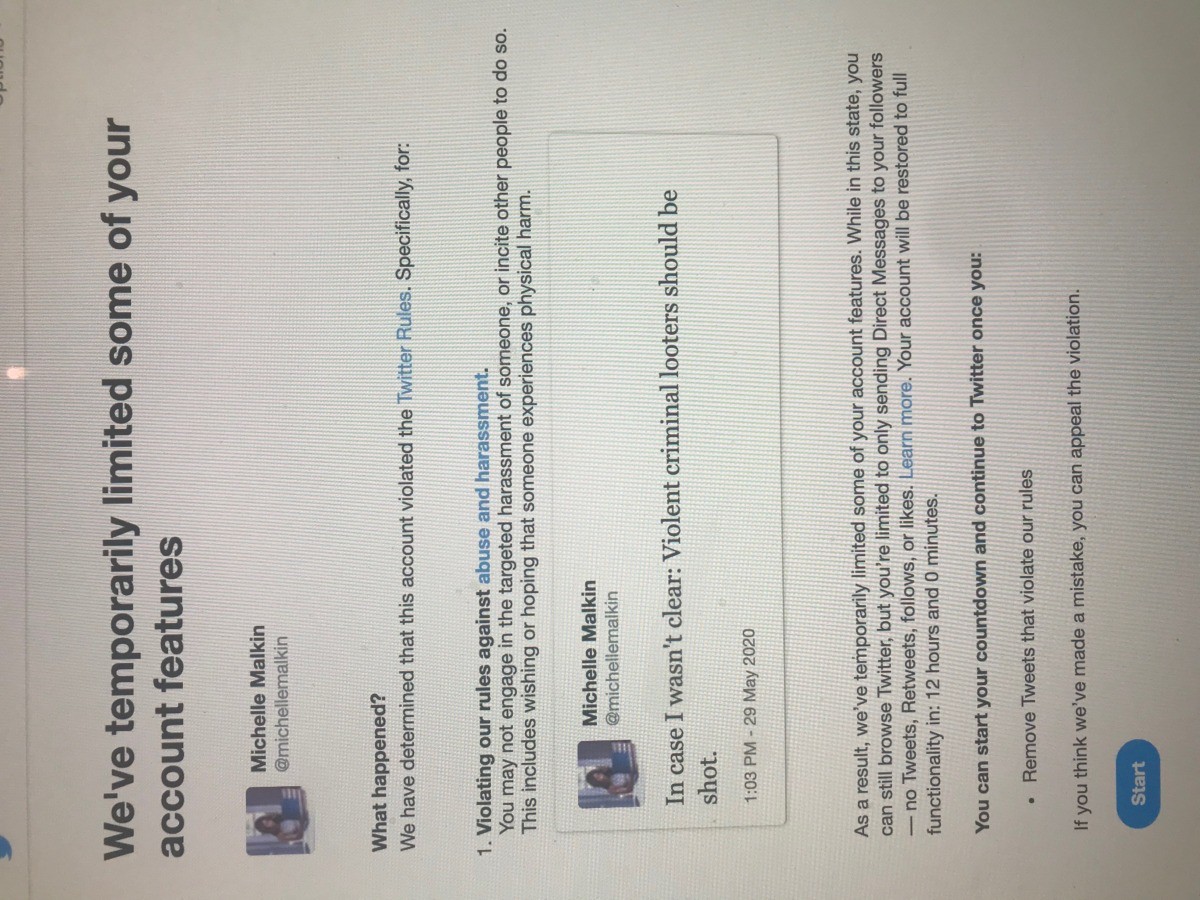 In a comment to Breitbart, Twitter emphasized that it also banned an account that was posting violent threats against the police, that had been called out by Malkin in earlier tweets.

Malkin’s comments are in line with what police authorities have recommended. In Polk County, Florida, the local sheriff has warned violent looters “…if you try to break into their homes to steal, to set fires, I’m highly recommending [residents] blow you back out of the house with their guns”

Twitter has yet to remove tweets or ban users who are calling for the looting of shopping districts in San Jose, CA, despite the fact that the company was made aware of them days ago. The platform took over 18 hours to remove violent threats against a journalist, who was later attacked in her home.

It has also not taken action on a tweet from far-left athlete Colin Kaepernick, who defended violent “revolution” and said that calls for peace will “fall on deaf ears.”

It has also not taken action against accounts supporting the violent far-left movement Antifa, which is now called a domestic terrorist movement by the White House and Attorney General.

In 2019, Twitter warned Malkin that her posts on the platform were in violation of the Sharia law system of Pakistan.