Twitter has announced an updated “civic integrity policy,” including an example of “warning labels” it will place on the tweets of elected officials.

An official Twitter account posted an example of the warning labels earlier today, which will tell users that “official sources” have called the race in question “differently.” 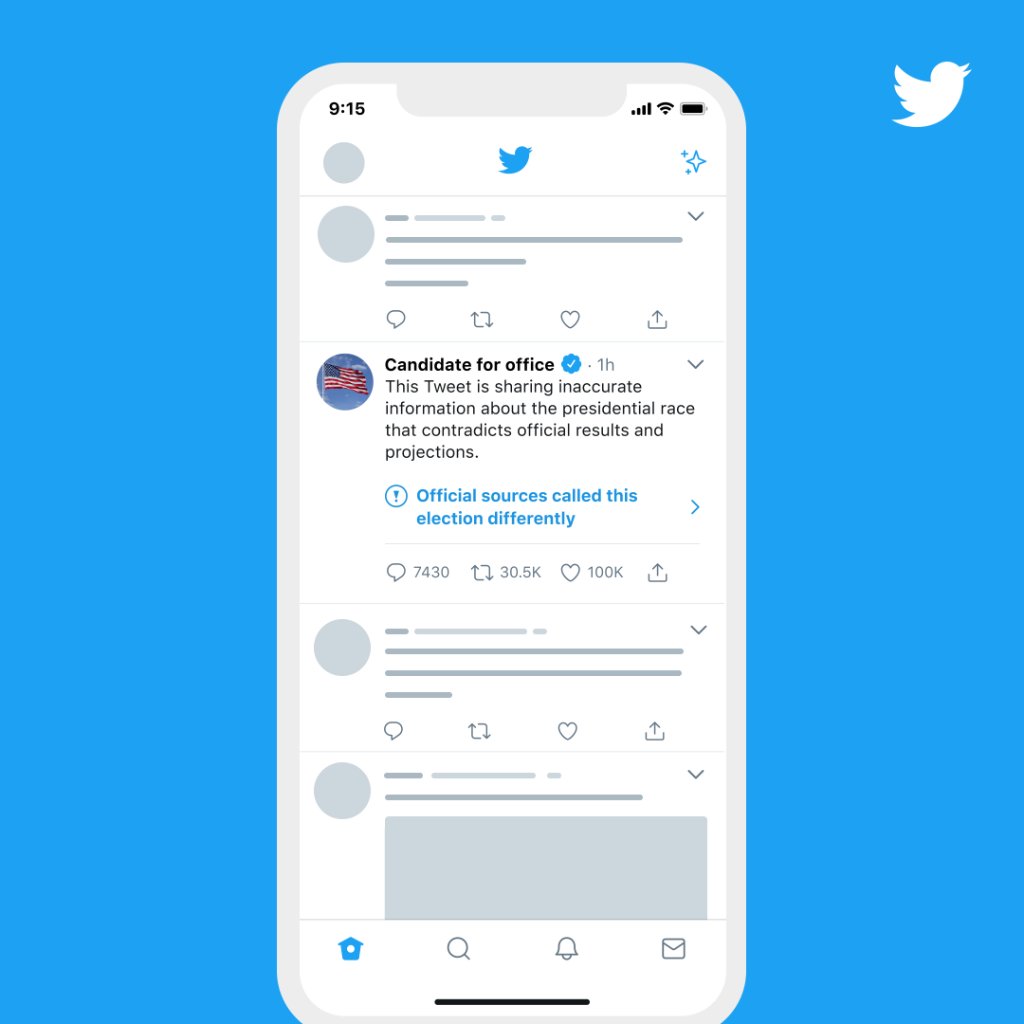 What are those official sources? According to Twitter, election officials – and the mainstream, corporate media.

As the New York Times recently noted, despite the network’s pro-Trump evening shows, Fox News’ Decision Desk is run by a registered Democrat who voted for Hillary Clinton in 2016.

Aside from this select list of media sources, accounts that make allegedly “misleading” claims about the election results will be labeled by Twitter and “de-amplified.” Twitter said it would also add more suppression against U.S.-based accounts — including elected officials — with over 100,000 followers:

In addition to these prompts, we will now add additional warnings and restrictions on Tweets with a misleading information label from US political figures (including candidates and campaign accounts), US-based accounts with more than 100,000 followers, or that obtain significant engagement. People must tap through a warning to see these Tweets, and then will only be able to Quote Tweet; likes, Retweets and replies will be turned off, and these Tweets won’t be algorithmically recommended by Twitter. We expect this will further reduce the visibility of misleading information, and will encourage people to reconsider if they want to amplify these Tweets.

Breitbart News will continue to report on Twitter’s censorship policies.