Florida International University (FIU) in Miami, Florida, has released an “Inclusive Language Guide,” calling on students, faculty, and staff to replace certain words and phrases with more “welcoming” language. Along with the usual suspects like the term freshman, FIU’s language police are careful to note that students and staff should avoid “using heteronormative and binary language.”

In one example, the phrase “You may kiss the bride” has been deemed “non-inclusive,” and should be replaced with “You may kiss each other,” according to FIU’s language guide. 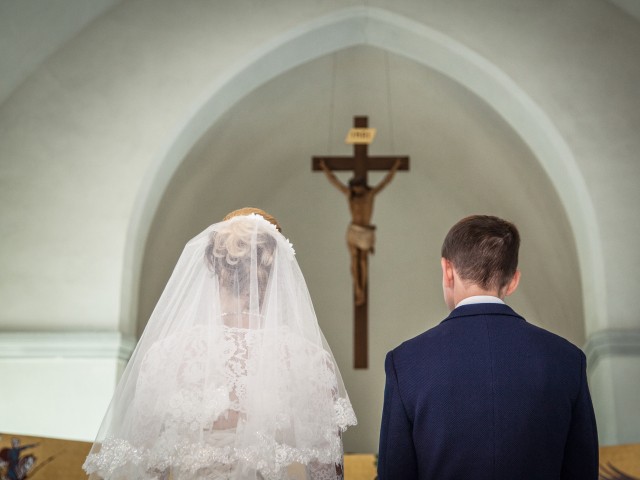 Photo taken during the wedding ceremony in Catholic church. Groom and bride stand before crucifix. Focus is on the crucifix. Newlyweds are in focus. Bride dressed in wedding dress and bridal veil. Groom dressed in suit and shirt. Photo taken from the back of bride and groom.

The guide also instructs students and staff to “replace the term ‘man’ in words that are exclusive of gender and serves no purpose.”

For example, the words “freshman,” “man-made,” “manhole,” “manpower,” and “mankind” should be replaced with “first year,” “artificial, human-caused,” “sewer cover,” “workforce,” and “humanity.”

The FIU community is also instructed to “use terms that include all genders not just men or just women,” insinuating that more than two genders exist.

In the list of examples, the university suggests replacing words like “chairwoman” and “chairman” with “chairperson,” and replacing “businessman” and “businesswoman” with “businessperson,” among other suggestions. 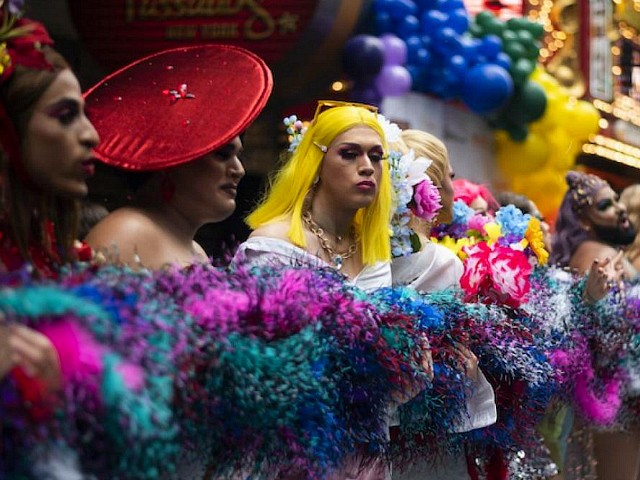 Drag queens hold a feather Boa, piled on the ground, during an attempt for a Guinness World Records Title for Longest Feather Boa at 1.2 Miles in celebration of World Pride at Time Square on June 20, 2019 in New York City. (Photo by Johannes EISELE / AFP) (Photo credit should read JOHANNES EISELE/AFP via Getty Images)

For example, instead of saying “husband” or “wife,” the guide suggests “partner” or “spouse.” And instead of using “girlfriend” or “boyfriend,” the FIU community is advised to use “significant other” or “lover.”

The guide also urges the campus community to “be conscious of the history behind certain terms related to mental health,” because people were once “institutionalized against their will.”

“Do not inappropriately use mental diagnoses to describe a mood or appreciation,” the guide instructs readers.

Instead of calling someone a “lunatic,” “maniac” or “psycho,” students are encouraged to say, “They are behaving in an unexpected way or in a way that frightens / frustrates / confuses me.”

Florida International University is not the only school to be burdening its campus community with bizarre and demanding language guides.

At Pennsylvania State University (Penn State) the faculty senate recently voted to ban “male-centric” terms like “freshman” and “senior,” and replace them with “1st-year” and “4th-year,” in order to be more “inclusive.”